This was one of the first thoughts that came to the mind of English and global and intercultural studies professor Yu-Fang Cho in the wake of the tragic shootings that happened in spas around Atlanta on Tuesday, March 16.

Cho, an English and global and intercultural studies professor, was referencing the issue of anti-Asian racism and violence, a trend that has increased over the past year after the start of the COVID-19 pandemic.

“Ever since the uptick of this pandemic, the perpetuation of the permanent foreigner stereotype has been super exacerbated,” Bloom said. “Anti-Asian sentiment is inextricably linked into Asians being viewed as others and never being fully integrated into society, and when we have a president calling it the ‘Chinese virus,’ more hate gets directed toward the Asian community.”

“When you tag a deadly virus to one community, almost implying that they’re the causation of it, then you're going to get the blame shifted towards that community,” Bloom said. “To associate this virus with China prolongs a history of Asian people being a scapegoat for problems faced by other U.S. citizens.”

“In America, Asian people have been seen as cunning, more powerful, and taking over the country,” Cho said. “All of this rhetoric was lurking under the surface before Trump was elected, but phrases like ‘Chinese virus’ connected to that sentiment, and these deep rooting feelings of desire and fear of Asia were unleashed.”

Rhetoric was not the only factor associated with the pandemic that worsened anti-Asian sentiments. Cho said the isolation that came with lockdowns created  an opportunity for hatred to fester.

“There is a perception that racism is muted because of quarantine and isolation but it is exactly because of the lack of interaction that fear and anxiety build up,” Cho said. “It’s easier to hide and easier to attack when you’re not seeing anyone in front of you.”

Michelle Miao is a junior at Talawanda High School taking courses at Miami. She agreed that the lack of social interaction that came with the pandemic worsened things in the long run.

“Since you have so little human interactions, it’s so easy to say things without thinking about the consequences of them,” Miao said. “Since you’re not actually getting to interact physically, you can’t see how it affects people …  It’s much easier to say racist stuff.”

Miao also believed that the Atlanta shootings were symptomatic of the growing anti-Asian sentiments during the past year.

“At face value it’s pretty horrifying,” Miao said. “They’re still trying to see if it was motivated by Asian violence or not, but it was a pretty big blow to a group that was already suffering.”

Cho also believed the shootings had developed out of the rise in anti-Asian feelings throughout the course of the pandemic, while also adding that stereotypes about Asian women had also contributed to the killings.

“This was a result of the boiling tension of coronavirus but also of a longer historical trajectory of the logic of attacking the vulnerable,” she said. “It’s a manifestation of the long historical relation that white men had with Asian women — they saw them as objects to be consumed and dominated.”

The shootings revealed a problem that has been prolonged and exposed by the pandemic. However, Bloom doesn’t think it will get better once COVID-19 ceases to be an issue.

The Division of Student Life issued a 58-word statement on the shootings as well as some links for counseling and taking action in an email titled “Weekly 3: Choices, Call for Art, COVID Compliance.” There have been no other university-wide communications about the killings. 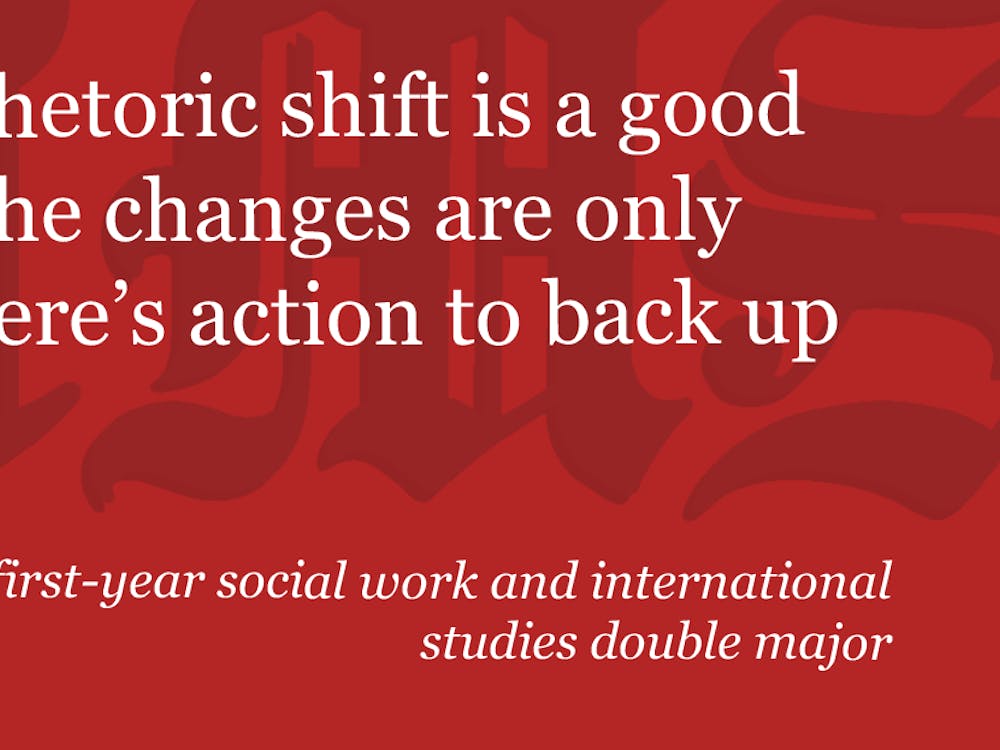