Local college student discovers the genius of a CrockPot

I used a CrockPot for the first time in my life last week, and my life has changed forever.

Given that statement, what I say next is going to be very hard to believe. But I wanted to be a chef until I was 12 and owned multiple cookbooks as part of the plan.

I used to make desserts all the time and once made the entirety of a Disney cookbook. However, as I grew up, I got busier with school and whatever else 12-year-olds are busy with, and stopped cooking.

When I got to college, the close proximity of Western Dining Hall was both the beauty and the detriment of my freshman and sophomore years. I didn’t have to cook, but it was also my only option unless I wanted to order food and probably be the last stop on a JoyRun, since Peabody Hall was practically in another county.

However, even now when I live on my own and away from my parents as a junior in college, I don’t really cook. I cook with my mom sometimes, but that’s because she’s the one who taught me how.

I have gotten lucky that my roommate Sydney literally chefs up in our kitchen almost daily, making fantastic meals. Shoutout to her, because without her, I would forget to eat — because I would rather impulse order food at 1 a.m. and continue being productive than stop and take time to make a meal.

A toxic trait, perhaps, but my truth.

However, on the night of the Super Bowl, my small group of friends each made an appetizer (and watched The Weeknd’s fire halftime show, I said what I said).

Which meant I had to make one. My mom had bought me a CrockPot as one of my housewarming presents, and I scoured the web to look for a recipe to break it in with.

While making it, I was reminded how therapeutic cooking can be. I made it while watching the essential viewing that is the New York Times documentary “Framing Britney Spears.” I almost recommend you watch it while making it to channel your anger of Britney Spears’ conservatorship into chopping spinach, but please be careful.

And while I did not do much except chop up ingredients and turn a dial, it was nice to take that time for myself.  So while it isn’t Super Bowl Sunday anymore, you can never say no to vegetables with cheese. Unless you are lactose intolerant, in which case, adjust accordingly.

Enjoy! Recipe courtesy of … wait for it … Gimme Some Oven.

Add all of the ingredients to the bowl of a small slow-cooker and toss briefly to combine. Cover and cook on low for 2-3 hours or on high for 1 hour, until the cheese is completely melted. Stir the dip until evenly combined.  Taste and season with salt and pepper as needed. Serve warm, accompanied with whatever dippers you prefer. 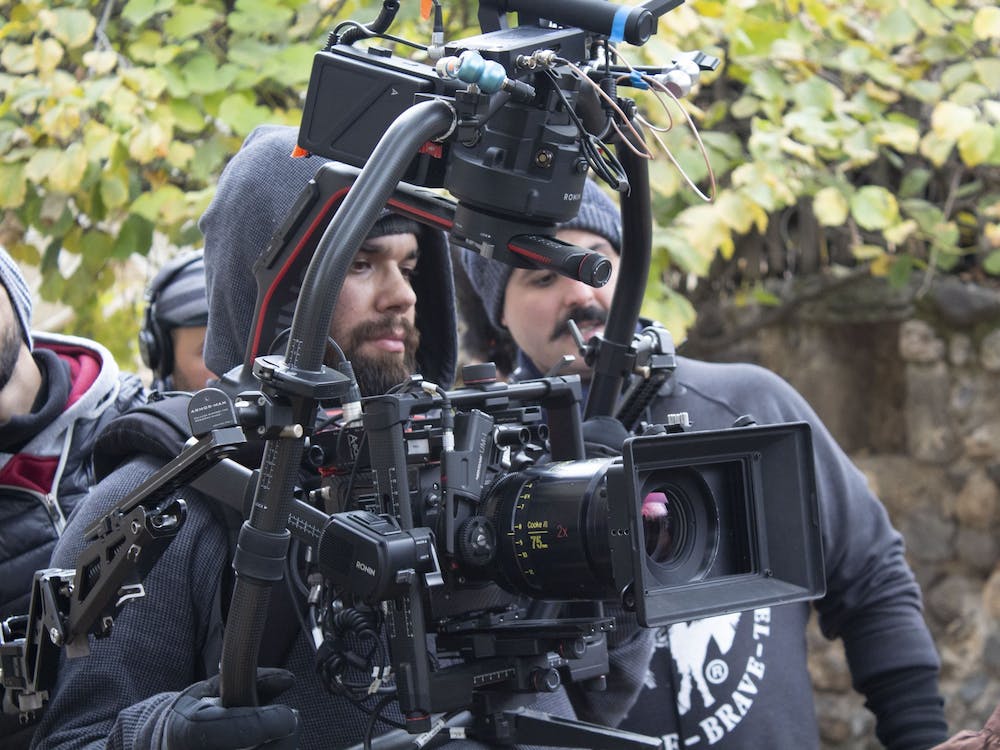 Lights, camera, action: Miami professor calls shots in and outside the classroom

It is always great to have a professor who is actively involved in the field that you are studying, and it’s even cooler when that means your professor has to miss class to go work on a movie set.  That is just the case for visiting media, journalism and film (MJF) instructor A.J. Rickert-Epstein.

In an Oct. 25 letter addressed to the executive cabinet of Miami University’s Associated Student Government (ASG), Megan Hess, ASG’s secretary for off-campus affairs, resigned from her position. Hess’ resignation will be effective Nov. 10, provided someone is elected to replace her.