Seven days at the Inn: one woman’s experience in Miami’s isolation dorms

Two weeks ago, my parents, brother and aunt visited me in Oxford. My mom, being the lovely woman that she is, brought me multiple bags of freshly-baked cookies and Halloween candy.

One by one, every single one of my family members tested positive in the days following the visit, and I quickly started having symptoms as well. Per my resident director’s (RD) recommendation, I filled out the COVID self-reporting form and was told someone would reach out to me about going into quarantine.

Miami never contacted me, and I became worried about infecting others, so I directly reached out to the Student Health Center (SHC) about getting tested. By that point, I’d been having symptoms for two days.

They agreed to test me that day because I was symptomatic, and about 24 hours after my test, I was confirmed positive by a doctor.

I can’t help but wonder how long it would’ve taken for me to get tested if I hadn’t directly reached out.

The day after I tested positive, I was moved into isolation at the Miami Inn. My first impression of the Inn was that it looked like a motel from the ’90s. As it turns out, that’s exactly what it is — built in 1986, it was a hotel until it was converted into a residence hall in 2012.

My room was spacious, but it was incredibly cold and smelled vaguely of sweaty feet. I was actually somewhat relieved that I lost my sense of smell shortly after arriving there.

I was provided with soap, towels, toilet paper and a set of linens. The sheets were snow-white except for a strange black stain, and the beige blanket was littered with black hairs (I’m blonde).

Every day at 9 a.m., noon and 5 p.m., an employee plopped a plastic bag outside my door and knocked sharply. These bags contained a fabulous assortment of unseasoned foods including rubbery chicken breasts, salads with no dressing and oatmeal that made me gag because of its mucus-like texture.

By no means am I a picky eater, but I found myself getting DoorDash nearly every day to compensate for those inedible meals.

I spent the majority of my time in isolation in my bed and on my computer. I watched all six seasons of BoJack Horseman in my first three days, and after that, I started obsessively watching election coverage (and slowly falling deeply in love with CNN’s Chris Cuomo).

Unlike the rest of the country, I’m glad the election dragged on this long. At least it gave me something to do.

I must say, though, isolation wasn’t all bad. Having my own bathroom was awesome, and I actually managed to make a friend.

On my second day at the Inn, which happened to be Halloween, I was startled by a swooshing sound from near my door. When I went to investigate, I saw a sheet of notebook paper had been slid under the door.

“Happy Halloween, how long have you been in for?” the note read. It was signed “- across the hall :).”

I wrote back saying I’d just gotten there yesterday and returned the note to my neighbor. We wrote several notes back and forth over the next few days and even exchanged pieces of candy in keeping with the spirit of Halloween.

I have no idea who my pen pal was, but it felt nice to know I wasn’t suffering alone. I told her I’d been passing the time by watching TikToks and taking lots of naps. She’d been having concerts in the shower and had made friends with an ant in her room.

Our correspondence ended when I, a notoriously-forgetful individual, forgot to write her back for over 24 hours and figured it’d be weird to write back so absurdly late, so I just never did.

Neighbor, if you’re reading this, I’m sorry. Thanks again for the Reese’s.

I was cleared to leave isolation at 12 a.m., seven days after I’d arrived there. I packed up my things and left the moment the clock struck midnight. I wasn’t going to stay there a minute longer than I had to.

COVID-19 wasn’t fun, but the virus itself was a cakewalk compared to the mental torture of being secluded from the outside world in a musty motel room.

I can tell you firsthand — wearing a mask is worth being able to avoid getting stuck in isolation. 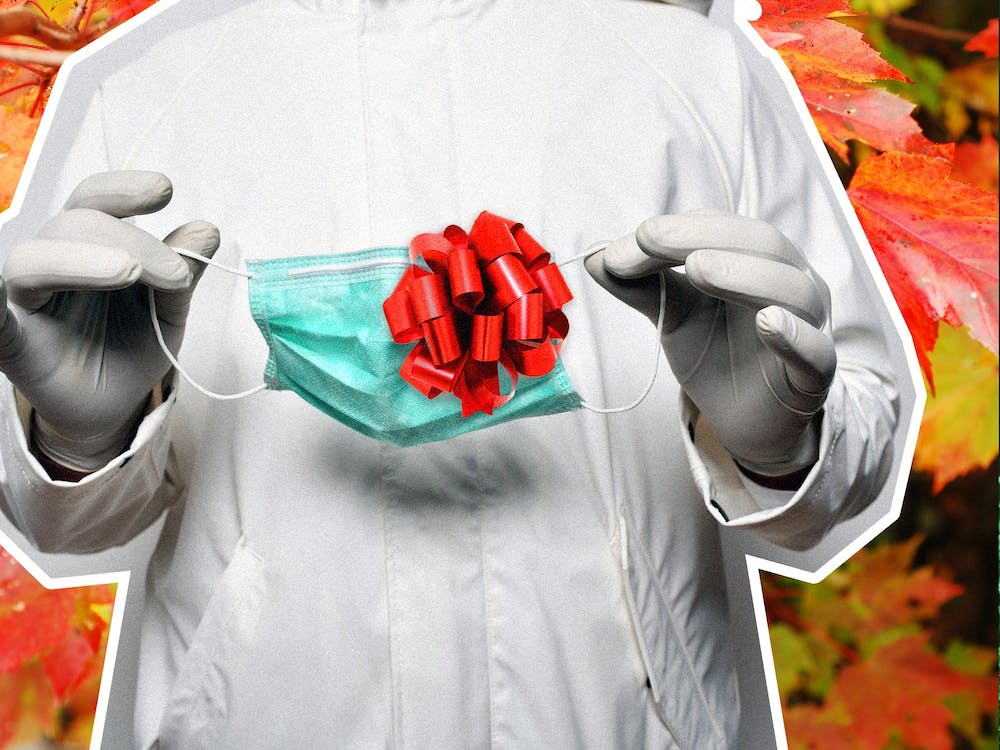 Every year around Halloween, a similar conversation takes place across all social media platforms: what costumes are and aren’t considered “cultural appropriation?”