The label, which works to provide students with exposure and publicity, came to life last year, when Smith brought up the concept to his professors and friends in the musical field.

Smith recognized the importance of local musicians having support with their music.

“I definitely think we have a strong pool of singers here,” Smith said, “especially people who write original songs and record their own music ... I think this is something that is not capitalized on like it should, especially if we were in New York or Chicago or closer to a more music-oriented city.”

As people became interested in the idea, the executive board was created with six other members. Needing a faculty advisor, Smith went to the College of Creative Arts where he met with Todd Stuart, director of arts management and entrepreneurship.

“I was excited to hear about his idea and told him I would support and help him turn his idea into a reality,” Stuart said. “I thought this concept was needed at Miami and would have a positive impact on students who participated.”

One of the unique aspects of this record label is that it’s entirely student-run. Smith said that because it’s not a business and they aren’t worrying about selling anything, all ideas are welcome and students would feel more comfortable in taking part.

In the process of creating the label, Smith didn’t experience any pushback.

“A lot of people I talked to were involved with music and with recording and stuff like that, or they were involved in student activities … They all had good things to say,” Smith said.

Smith wants this organization to be utilized and appreciated for generations of Miamians to come.

“I feel like music has become such a huge part of culture,” he said. “I think especially with recorded music, kinda like the music industry, it’s definitely going to see its longevity, and I’m hoping the same with this student organization once I graduate as well.”

The label is still pending as a student organization as the executive board is working on applications in the next week. Smith is hopeful the label could one day get an office in the Armstrong Student Center.

The board’s initial plan was to “sign a cohort of artists,” but due to COVID-19, instead, the label will operate through social media, showcasing an artist of the month.

Their first artist, Jake Nelson (@Its.Nakey), was unveiled Wednesday. Nelson has produced and recorded two singles: “No Chance” and “Take.A.Seat.”

Smith said the label is not looking for any specific genre of musicians to sign.

“Instead of focusing on genre,” Smith said, “we were more focusing on commercial appeal and individuality within an artist … So, who they are as a person, what they bring to the table that is different from the next, and someone we see as having a potential in drawing a big crowd.”

Smith explained that they were looking at a variety of artists including a girl who sang Christian music, an R&B artist, some pop singers and a girl who sang while playing a ukulele.

Once the pandemic has died down, Smith said he is optimistic about the future of the label, as he hopes the company will begin to sign people, receive funding and produce original music.

“High Street Records has a bright future. Michael has done a great job of recruiting a talented board to lead the organization,” Stuart said. “Miami has a great tradition in music performance, and this label can provide students the opportunity to record their music, and also students will gain invaluable experience in the music business.”

For any artists who wish to join High Street Records, you can contact the label through smithd21@miamioh.edu or their Instagram @highstreetrecords. 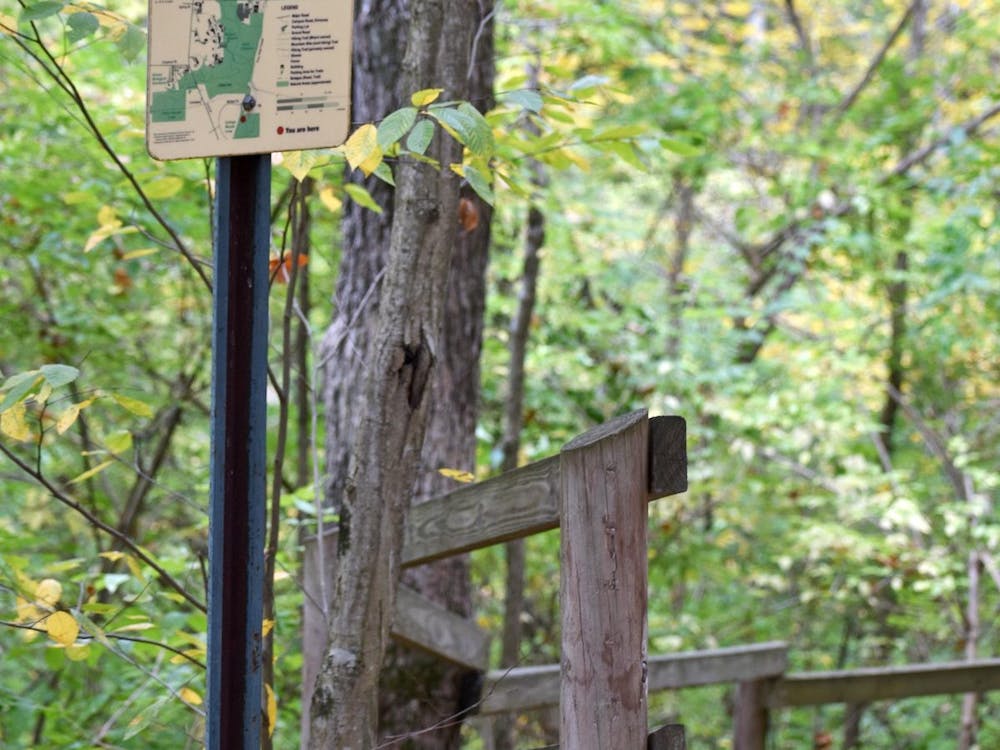 On a crisp October weekend in years past, the Oxford community gathered together to hike. Families and students perused the booths that lined the entrance to the trails near the stables. Some people socialized while picking up pamphlets; others would grab a map and hit the trails.  Instead of gathering for one day of hiking, this year's Hike-A-Thon experience has been expanded to the whole month of October.