This week, we bring you three stories of mishaps, mistakes and other such shenanigans that students have experienced during online classes.

When Spiderman joined my Zoom Call

I knew it was going to be an interesting class when someone blasted “The Box” by Roddy Ricch through their computer a minute before class started.

I thought nothing of it, though. I assumed someone was scrolling through TikTok and forgot to mute their microphone.

But that was just the start of a crazy Journalism 101 Zoom call.

At first, it was a regular Tuesday class that started off with a discussion about what was in the news lately and a lecture.

However, it wasn’t long before four random people joined the call and started to interrupt class with their inappropriate behavior.

One of the “hackers” put on a full-faced Spiderman mask and named himself “Peter Parker,” another one named himself “Donald Trump III” and another one chugged beers the whole time, making sure he was generating enough noise to put him in the spotlight.

Finally, one of them did something wildly inappropriate, and the Zoom call ended abruptly. A new link was sent out with a warning that jokes like this were not acceptable during class.

As an undergraduate assistant for this class, I was annoyed at the time. But I love sharing my crazy Zoom call experience in hopes of making others aware of the kinds of situations that can come about.

After all, we’re all trying to survive virtual classes together.

The case of the duplicated professor

I have never been a fan of science class.

I have the utmost respect for scientists and the field, but I wish for anything but to study it myself.

I flat-out failed my geology final, and it was not because of anything or anyone but myself.

So I was already scared to be “walking in” to the first day of my environmental biology class online.

I did not know it could get any worse.

My professor, who shall remain nameless because I respect them enough to not call them out, was having trouble navigating WebEx. They seemed very out of touch with technology and not prepared to teach this class online.

Somehow my professor managed to get two of themselves in the WebEx, and every time they spoke, the computer audio screeched like it normally does when you try to be funny by FaceTiming your friend that’s in the same room.

Except this wasn’t funny. And my professor was not laughing.

They kept telling all of their students to mute their microphones to make the screeching stop, not realizing that it was them that was causing it.

This went on for 15 minutes.

Our professor could not figure out how they managed to get two of themselves in there in the first place, let alone on how to get rid of them.

They announced that they would end this meeting and start another one in five minutes.

So I sat and waited.

I was scouring my email and the class Canvas page for any sign of life.

I then got an email informing me of my “gourps” for a project in the class. However, I had no idea what we had even done or if we had done anything.

Safe to say, I dropped the class. But I hope that professor is doing OK.

There you are, sitting in your 11:40 Zoom Meeting, 10 minutes early at 11:30, waiting for the class to start. Some cameras were on, some were off and everyone was muted. Except for one student.

Suddenly, you hear a guitar. You look at the screen and see a guy in the corner of your grid, strumming his guitar. Everyone ignored him for the most part, however the professor just couldn’t. Maybe he felt bad for him or genuinely wanted to hear him play something, needless to say, he asked him to play.

Now most people would laugh nervously and probably say no. But not this guy. He starts strumming louder … and singing a Guns N’ Roses song. At this point, no one can ignore him, and everyone is watching the concert going on in their Zoom meeting. One student even looks around wondering if this was even happening.

After what seems like five minutes, the song ends. He puts the guitar away and says something along the lines of, “he’s glad he was able to grace us with his musical talent and that he hopes he can play for us again one day.”

And yes, he used the word “talent.”

You start to wonder how one can get so much confidence, and you wonder if you could have some of his. You hardly even want to speak in the Zoom meeting, let alone play an instrument for everyone.

And with that, class started and the pre-class concert ended — with no encore. 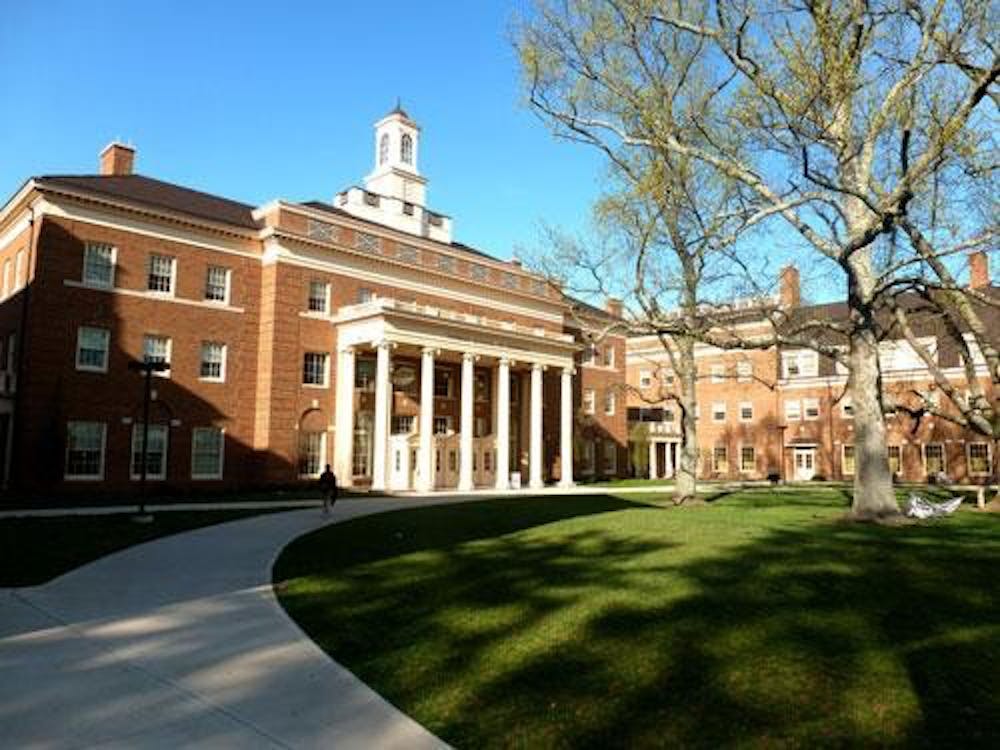 At last Thursday’s Meet the B-Frats event, one of the major recruiting events for Miami University’s business fraternities, a hacker seized hosting controls of the Zoom call and took over Pi Sigma Epsilon’s (PSE) presentation with an image of a swastika, verbal threats and homophobic and racist pre-recorded audio.

As the Talawanda School District (TSD) geared up for a virtual start to the school year on Monday, Aug. 24, students and parents were hopeful for a speedy return to normalcy.