I pulled a thick, white cutting board out of the kitchen cabinet. My dad grabbed a deep pot, a knife and some measuring utensils and placed them on the granite countertop.

He declared me his sous chef for the night. Our dish: tacos de lengua.

La lengua, or “tongue” in English, is not the most traditional cut of the cow, nor is it the most visually appealing. But it’s a cut of meat, nonetheless; food that shouldn’t be wasted.

In the rural regions of Central America where my grandparents were raised, you find a way to work with the food you have. This idea of being sensible and conservative with food was passed on to my dad and now my sister and me, too.

For my dad, dishes with la lengua are comforting. It’s a food he fondly remembers his mom making for him: thinly sliced and sautéed in tomato sauce. My memories of eating cow tongue are not so great.

The last time my grandma made it for me, she forgot to peel the taste buds off completely — a texture I would not soon forget. But tonight, nearly a decade later, I’d give it a shot at redemption.

My dad listed off ingredients, and I stood at the fridge, grabbing as he called them. Green bell peppers. Garlic cloves. Onions. And, the star of the meal: the cow tongue.

Dinner wouldn’t be very complicated to prepare, he assured me, but there was a process.

Phase one: boil the tongue.

We surveyed the produce I’d pulled for him. The bell peppers had wilted a bit, the skin wrinkling at the top. He cut into it and found that the seeds had browned, too. It would still taste fine, he promised. He cut them into small chunks and threw them in the pot with the onions and garlic, laid the meat on top and added water until there was only an inch left at the top — room for bubbles. The gas stove ticked on, blue flames licking the side of the pot. We sprinkled some salt on top, and I set a timer for an hour and a half.

The water was now boiling, condensation building on the lid of the pot and steam rose to the ceiling. I stuck a knife through the center of the tongue, making sure it was cooked thoroughly and tender.

Ready for phase two, we plucked the meat out of the water with a set of tongs and took it back to the cutting board. With a swift slice down the middle, the rough exterior parted to reveal a soft, pink interior. We stripped the taste buds and cut the interior into halves, then fourths, then eighths and so on until we had bite-sized pieces of meat, perfect for the final phase.

I set up for phase three, placing a saucepan onto the stove and coating it in a few tablespoons of olive oil. My dad chopped more white onions, added them to the pan first and then the meat soon after.

After frying for just a few minutes, the main ingredient was ready, crispy and brown around the edges.

I made a taco toppings platter, complete with cilantro, jalapeños, shredded cabbage, avocado, onion and lime. On the side of the meal would be a wedge of queso fresco: a crumbly white cheese common in Central America.

My sister appeared as I set the table, circling around the food and exclaiming how hungry she was. Dinner was just about ready.

I tossed my dad tortillas as he warmed them over the stovetop and put them into a wooden container to keep them warm.

Our meal concluded with the typical ritual of packing the leftovers. There was some cabbage left on the toppings tray — not enough to put back in the fridge, but too much to be thrown away — so my sister and I lingered at the table, munching until it was gone.

My dad turned to us, pointing at the meat he’d just put in the fridge.

“We could eat this with eggs in the morning for breakfast!” he said.

Nothing ever goes to waste in this house. 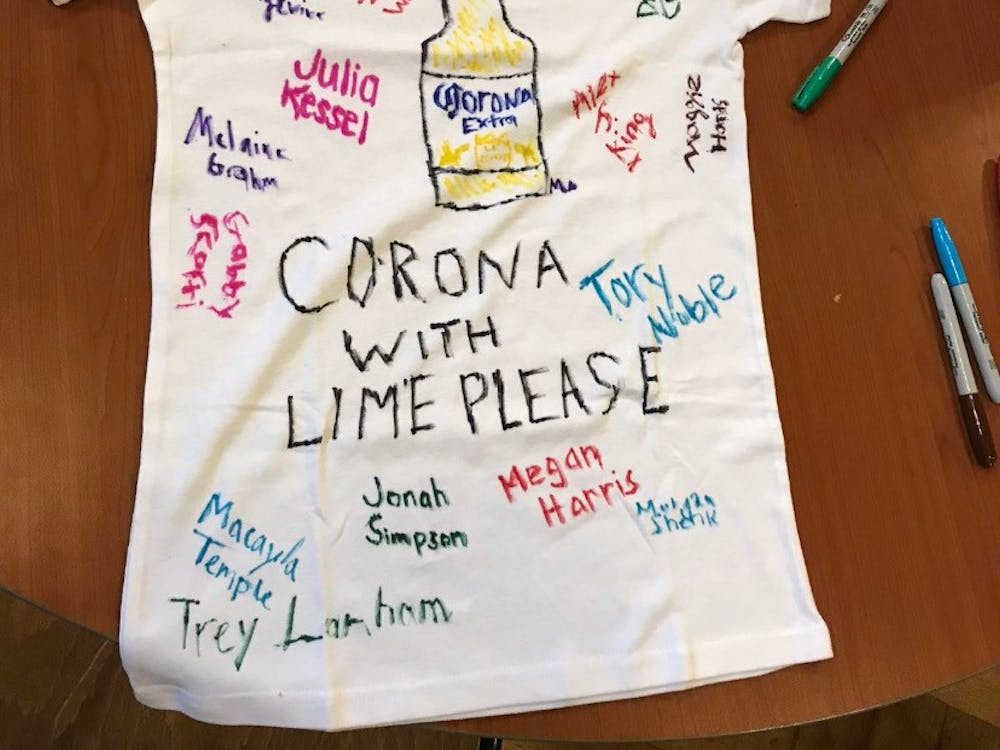