The Oxford City Council unanimously passed a resolution that would encourage the Area I Court of Butler County, located on High Street, to suspend evictions caused by the novel coronavirus for at least 60 days after the stay-at-home order is lifted.

The Area I Court of Butler County has postponed eviction hearings until May 31. However, this resolution would encourage courts to suspend hearings longer.

“We’re not directly influencing or changing eviction policies,” said Councilor David Prytherch. “We’re just asking the courts to do so.”

Councilor Chantel Raghu posted to Facebook on Saturday, April 4, announcing she would be introducing a resolution to prevent evictions due to hardships caused by the coronavirus.

Raghu partnered with Vice Mayor Bill Snavely and Councilor Jason Bracken to present the resolution to Council during its April 9 meeting.

“It’s encouraging the courts to do something we have no power to compel them to do,” Snavely said.

As of Monday, April 6, Raghu knew of three Oxford residents who were slated to be evicted in the next eviction hearings around mid-April.

“I'm sure they had some type of economic burden prior to the pandemic and the state of emergency,” Raghu said. “But it still doesn't mean that it's not a public health threat and [an] immoral thing to do to evict.”

Raghu said the resolution is meant to help community members who may be out of work and unable to pay their rent. She believes this issue is of both public health and moral concern.

“Being told you have to stay at home for four to six weeks, that could very easily make a lot of people homeless,” Raghu said.

On March 27, the federal government signed into law the Coronavirus Aid, Relief, and Economic Security (CARES) Act. The legislation expanded unemployment insurance benefits available to workers. The law also delayed the time by which people living in subsidized government housing or who have federally backed mortgage loans must make payments.

“The biggest reason for the resolution is trying to fill in the gaps that are being missed on a federal and state level,” Raghu said.

Raghu said this resolution is meant to create a safety measure for tenants in the future and prevent evictions from rising.

“We just want to keep people safe in their homes and healthy,” Raghu said.

In Raghu’s Facebook post, she asked for community members to send a public comment online to support the resolution’s passage. Public comments were due two hours before the meeting.

As of Wednesday, April 8, City Manager Doug Elliott said  30 community members had commented in support of the resolution.

During the meeting, Council also passed a stimulus package for small-business owners in Oxford. The Community Improvement Corporation (CIC) will review applications sent in by small-businesses and decide which businesses will qualify for the package.

Assistant City Manager Jessica Greene outlined how the city will make a $200,000 donation to the CIC. Funds will then be used to buy gift cards from small-businesses who qualify for the program.

The gift cards will then be re-sold, which Greene hopes will refurbish the CIC for future economic stimulus efforts.

“This shouldn’t prohibit us as individuals from buying gift cards from our local businesses,” Prytherch said. “But I think this is a really innovative program.”

Businesses that qualify are “brick and mortar businesses” located within the city limits of Oxford. These businesses must be impacted by the coronavirus and rely on walk-in customers. Businesses must have less than 50 employees on payroll.

“I’ve talked to several other restaurants and bar owners, and everyone thought that this was very fair,” Kamphaus said.

The gift cards would not be able to be used until after Aug. 1 to prevent them from cutting into businesses income after the stay-at-home order is lifted.

“This isn’t charity anymore,” Raghu said. “I almost cringe when I hear the [word] charity, because this is something we’re all in together.” 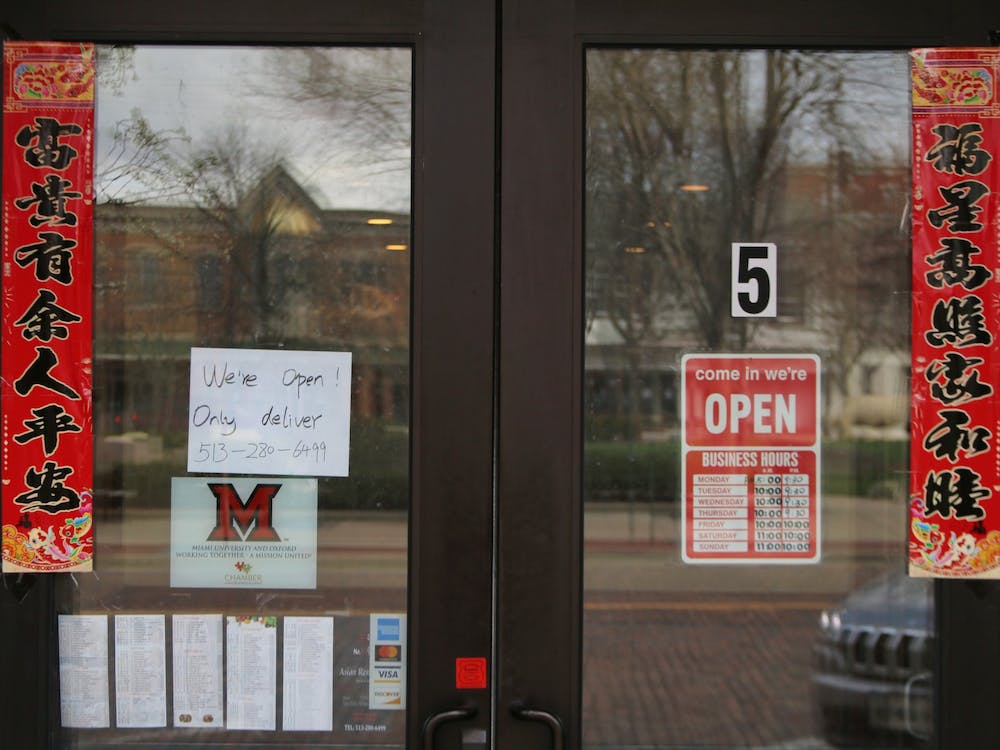