Oxford City Council began hosting its meetings virtually on Thursday, April 9. This change may continue until after the stay-at-home order is lifted.

On March 17, City Council chose to meet in person with limited staff and promoted social distancing by sitting at least six feet away from one another. At the meeting, council unanimously passed a resolution that allows them to meet remotely through video conferencing technology.

Before the following meeting, which was scheduled to take place Tuesday, April 7, an email was sent out postponing the meeting until April 9. Oxford City Manager Doug Elliott explained this was done to move the meeting online.

“Given the U.S. Surgeon General saying these next two weeks are very critical,” Elliott said, “[W]e felt it wasn't wise to go ahead and have a face-to-face meeting.”

Councilors are encouraging community members to stream the meetings from home. They also provided a link for the community to submit questions and comments two hours before meetings begin.

As of Wednesday, April 8, Elliott said there were 32 comments submitted to Council. Elliott said this was more than usual, but it could be due to a Council member posting it on Facebook.

If community members want to verbally participate during the meeting, a link will be provided to the Zoom meeting. Community members will be muted until Mayor Mike Smith asks for public comment.

After the pandemic has passed, Councilor Chantel Raghu said she would like to continue using the online format and find a way for community members to interact with Council in real time.

“It's so hard for people to make a meeting Tuesday night,” Raghu said. “It's such a positive tool that we should have all the time to just encourage engagement and make it as easy as possible for people to voice their opinion.” 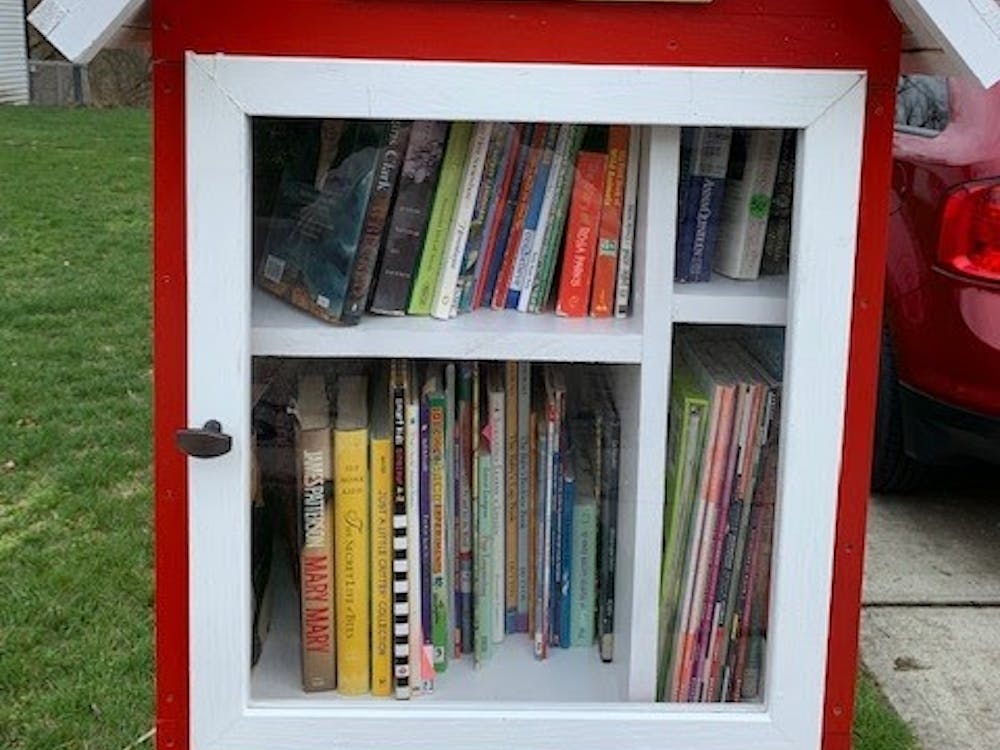 Just past the winding turns of Melissa Drive in Oxford, a small red mailbox sits out in front of one of the homes. Inside, the custom-built mailbox is full of novels, children's books and an array of reading material. On the outside of the mailbox, a sign reads, “Santa’s Little Free Library Take a Book — Leave a Book.”