When it ends like this, crying is allowed in baseball

When Landon Stephens stepped on home plate after crushing a three-run bomb, he found his dad in the crowd, pointed at him and started tearing up.

He didn’t officially know, but he had a feeling.

Stephens, a senior, was playing the last baseball game of the 2019 collegiate baseball season and, perhaps, the last of his Miami career.

Last Thursday afternoon, the NCAA decided to cancel the seasons of all the remaining winter and spring sports due to the coronavirus pandemic. When the news dropped, Miami was battling Penn State at Hayden Park. The RedHawks eventually won, 5-1, and Stephens’s home run in the sixth inning provided crucial support.

“Just the vibe that I got, it’s over almost. I don’t know why I [pointed at my dad and cried],” Stephens said. “I never do that. Never do it … We kind of just knew … It was weird.”

They found out their season was canceled later than most. As soon as they nailed down their win over the Nittany Lions, public address announcer Scott Shriver turned on his mic.

“Before the game, they told us it would be suspended until the end of the month,” Stephens said. “So, we had news of that. Personally, I just thought that’s what he [Shriver] was going to say.

Rain drizzled from the cloudy, grey sky above.

During the statement declaring the season over, Miami head coach Danny Hayden motioned toward the press box, shaking his hand in front of his throat as to say, “Cut it out.” He wanted to be the one to tell his team.

Stephens untucked his jersey and yanked it up toward his misty eyes.

He dropped to his knees and cried.

A lot of raw emotion at Hayden Park. @MiamiOHBaseball takes down @PennStateBASE 5-1 on what could possibly be the final college baseball game of 2020. Players could lose a year of eligibility and I don’t even know what to say for seniors. Just heartbreaking. pic.twitter.com/zP0IdCAFSd

“When I heard it, it’s like everything was going in slow motion,” Stephens said. “Like, woah, it’s done. It’s over.

“I was immediately flooded with things I’m not going to be able to do, that I missed out on, that got taken away from me. For me, it was, I don’t get to experience a Senior Day, I don’t get to have that time with my parents, my dad may never watch me play again. All those things kind of flood your head.”

For more than 30 minutes, he and his RedHawk teammates, coaches and fans hung around the field and their dugout.

He hugged everyone in sight before turning his attention to the younger guys on the team. He put on a brave face and talked to the players he thinks are the future of Miami baseball, like Sam Bachman.

“I built relationships with all these guys,” Stephens said. “Yes, I was negative initially, and I was emotional and started crying … I took all that, allowed myself to zoom out, as I call it, and understood what I’m doing and how my words are going to impact Sam Bachman or how they’re going to impact Cole Andrews and Cristian Tejada.

“In that moment, I had to understand what I said to them and how I interacted with them impacted them going forward, even if it’s over for me. It was kind of having that mentality of them over myself in that moment.”

In the days since, Stephens hasn’t moped around.

To any sr. who may? have completed their athletic career today my heart hurts for you. Please be safe and smart. This is a defining moment for you. Keep being resilient. It’s what got to where you are right now and it is what will get you through this. Good. And good luck.

The NCAA will not dock players a year of eligibility, it announced Friday, meaning Stephens could rejoin the RedHawks next season. His status and the logistics of the situation are still up in the air.

If the MLB proves itself as a serious option, Stephens plans to take it. It’s his dream.

“My first priority is to play professional baseball,” he said. “Until someone honestly tells me I can’t, every opportunity that presents itself for me to do so, I’m going to take advantage of and make the most of it.”

He said he’s allowing himself a bit of a break. He’s focusing on the Miami University-wide shift to online classes for the rest of the semester. He’s a finance major who is on track to graduate in May. He won’t rule out grad school.

But what happens when your season is prematurely axed due to a world-wide pandemic? What if that’s the end of your career?

He doesn’t even have a feeling. 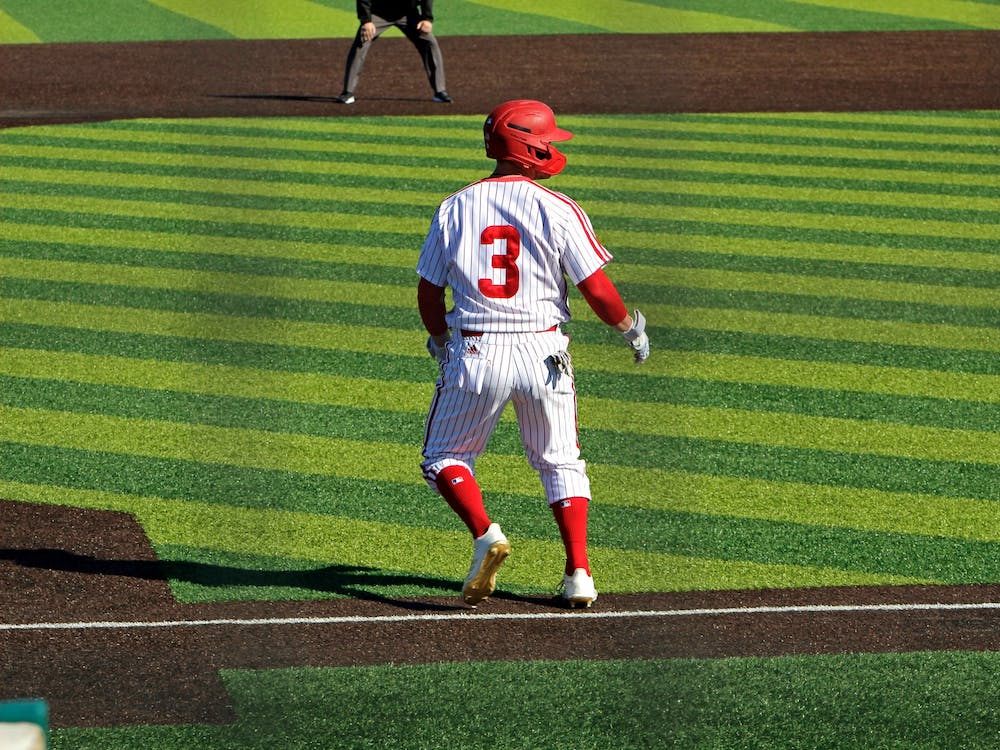 Miami baseball brings out the brooms

Miami claimed all three games in the series, going undefeated in a Saturday doubleheader before taking the Sunday finale.

Little did Hartwig know, the pop he felt was actually a tear.