Some stories delve deeply into the lives of their subjects. Others seek to capture the human condition in just a few words. Modeled after journalist Brady Dennis’ 300 word stories that explore the unfiltered intimacy of the everyday, these pieces offer a glimpse into the untold experiences of college life.

Coffee is a powerful beverage. Like a warm, devious siren, its call beckons countless individuals with an aromatic allure. Some can resist the temptation, indulging in the drink only infrequently, if ever. Others are less stalwart, succumbing to the summons with regularity.

The Starbucks in Miami’s Shriver Center sees its fair share of coffee-seeking regulars. Amid the wood-paneled walls and soft café lighting, their faces are well-known by the store’s employees.

Mia makes daily visits. In rain or shine, sun or sleet, her drink order never changes. Even if it’s below freezing outside, like clockwork, she always orders an iced chai.

Mallory has her order on lock, too. At this point, the workers behind the counter don’t hesitate to begin preparing her drink as soon as she walks in. Her beverage of choice is a venti iced white mocha.

Anne-Marie is less meticulous. On her daily pilgrimages to the store, she explores a new drink nearly every time. She’s a big fan of trying the season’s latest, greatest concoction.

Tina isn’t a student; she works for Miami. She knows the store’s employees like she’s a peer, though. Standing in line, waiting for her turn to order, she’ll smile and wave at the workers she recognizes. She’s been a patron of the campus Starbucks for years.

Sam is another daily customer. Despite this, he was surprised when one of the workers knew him by name. He also once came up and ordered a second drink, convinced that it was a bizarre thing to do. The employee behind the counter assured him it wasn’t.

Sydney, a Starbucks employee, started out as a regular herself. She was a lot like Mallory and Mia in that she ordered the same thing at the same time every day. Her shifts at Starbucks have ended that routine, however.

Two girls come in regularly together. They’re never on their own, united in their quest for caffeine.

Some people don’t limit their frequent visits to a single time per day; one student came in three times in a single worker’s shift.

As a sea of faces passes through Shriver’s Starbucks every day, some stand out to the workers behind the counter. Whether they have their orders down pat or shake it up with each appearance, they each carve out a small slice of routine at the store, sparking recognition in the eyes of employees before fading back into the crowds of clamoring students — at least, until they’re back tomorrow. 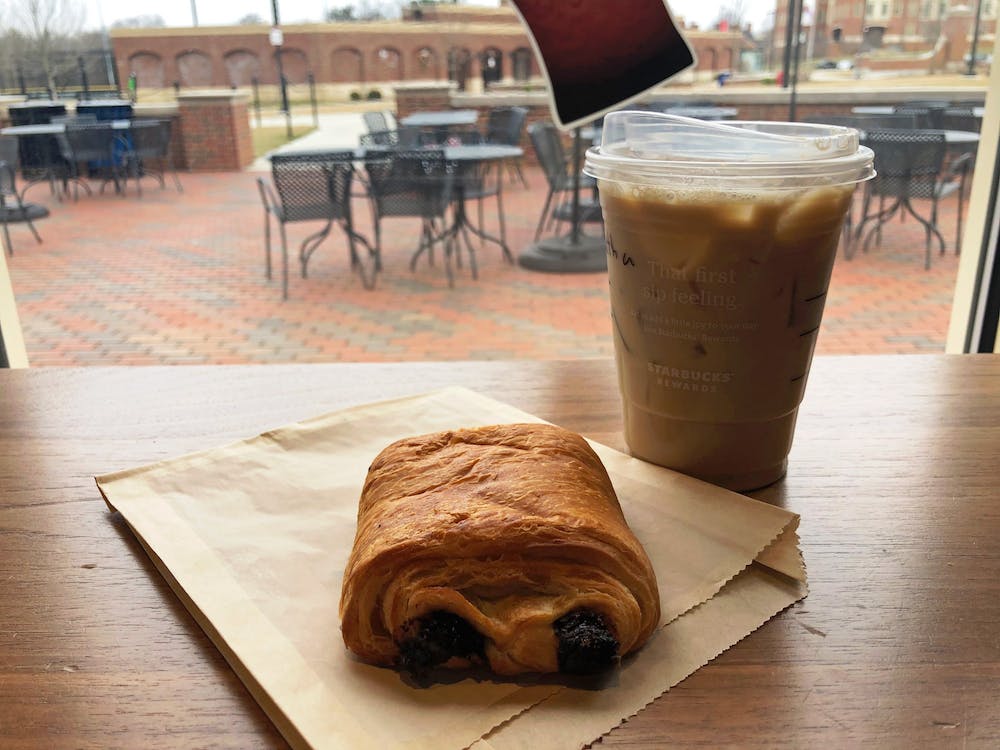 ‘An added layer of nostalgia’: Senior reflections on food at Miami

I told my cousin about how my housemates and I often take turns cooking meals for one another, and it’s a rare occasion when we don’t end up eating our meals together.  “You’re kidding me,” she said, incredulous. “You guys actually do that? I don’t even share groceries with my housemates.”