The anti-drinking culture: prohibition in Oxford

Miami University, widely known for its legendary bar scene and rampant drinking culture, was once an anti-alcohol stronghold.

The 18th Amendment to the U.S. Constitution, which prohibited the “manufacture, sale or transportation of intoxicating liquors,” was ratified on Jan. 16, 1919 and went into effect on Jan. 17, 1920 — a little over 100 years ago.

Oxford residents fought for prohibition long before this, though. The Women’s Temperance Crusade, which was founded in New York in 1873, became extremely influential in several small towns across Ohio — including Oxford.

Though the Temperance Crusade was short-lived, support for prohibition in Oxford remained alive. David Fahey, professor emeritus of history, wrote that few small-town temperance movements are as well-documented as Oxford’s.

Between the 1880s and 1900s, there were many robberies, stabbings and shootings at local saloons, and the violence only strengthened the anti-alcohol sentiment among Oxford residents, according to Fahey’s book, “The Women’s Temperance Crusade in Oxford, Ohio.”

While the 18th Amendment outlawed alcohol on a national level, many state and local governments instituted their own prohibition laws prior to 1920. Oxford City Council enacted two such laws: one from 1888 to 1891 and another that began in 1905 and continued until 1933, when national prohibition ended.

Ohio’s own prohibition law, which resulted from a 1918 referendum, took effect in 1919. The measure was fervently supported by then-Miami University president Raymond Hughes, who wrote a letter encouraging Ohio governor James Cox to openly support the referendum, claiming that catering to the temperance movement would guarantee his reelection.

Since drinking at bars wasn’t an option, Miami students had to find a different way to party during Prohibition.

One of the largest social events of the 1920s was the junior prom, which was held in Herron Gymnasium (now Phillips Hall) every January. Grainy photos in Recensio yearbooks from that decade show hundreds of students dancing and mingling in their elegant dresses and suits.

Though these gatherings were evidently tamer than a night at Brick Street, the 1921 edition of Recensio claims that year’s prom raged on until 2:30 a.m.

Recensio doesn’t contain any photographic evidence of illegal drinking at parties, but the 1926 edition drops subtle hints that it did happen.

The last few pages of the book list humorous descriptions of each fraternity and sorority, and several contain references to drinking.

The brothers of Delta Tau Delta are referred to as “screaming inebriates,” while the brothers of Sigma Chi supposedly “g[a]ve good parties where everyone has a good time, staggers home and wakes up in the morning with a headache and a taste in their mouth like a dark brown horse.”

The 21st amendment, ratified in 1933, repealed prohibition. However, individual states and cities were free to enact their own alcohol-related laws.

In Oxford, only beer containing 3.2 percent or less alcohol-by-volume was legal to sell and manufacture. This remained true until 1979, when a local referendum allowing the sale and consumption of all classes of alcohol was passed.

Restrictions on alcohol sales weren’t fully lifted until 1980, when another referendum permitting the sale of liquor on Sunday was passed, and it wasn’t long before Oxford became what it is today. 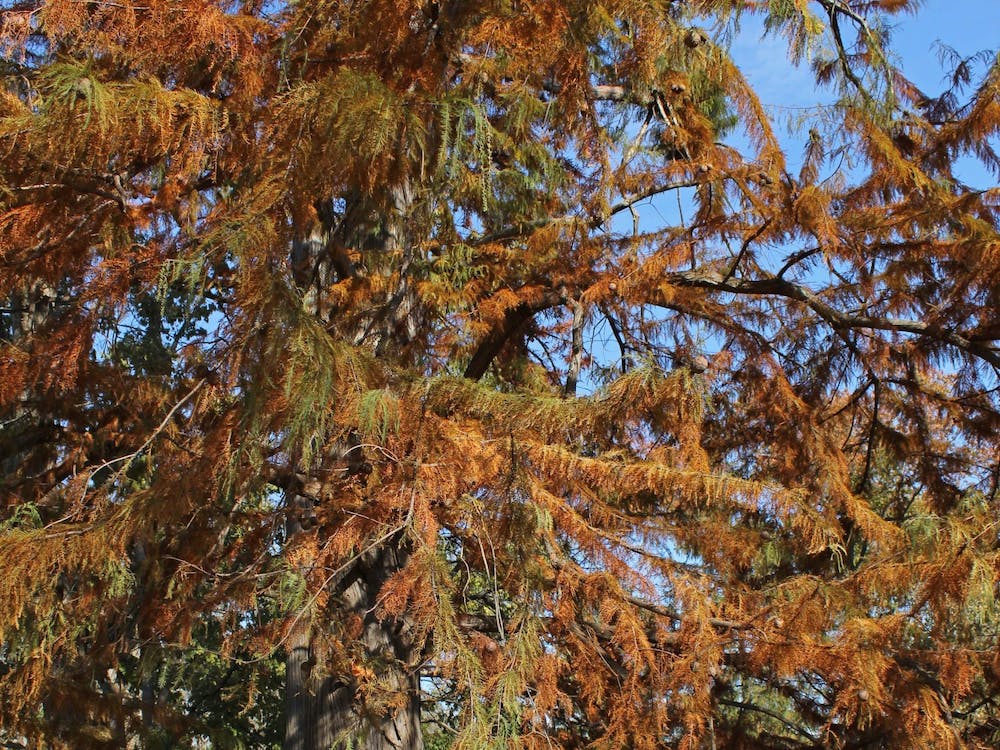 As fall settles over Oxford, leaves float to the ground, their rich hues of vermillion, burgundy, apricot and gold creating a blanket of color across Miami University’s campus.  Thanks to two tree programs initiated in 2018, Oxford may be seeing even more of these trees over the next few years. The Oxford Urban Forestry and Tree Replacement programs are two funding sources aiming for effective tree management in Oxford.