Sarah Strack lost her uncle to distracted driving when she was 16 years old.

On Jan. 29, 2015, her uncle, Mark Sevilla, was driving south on I-71 in northern Kentucky to pick up his boat before visiting his sisters for the weekend.

A semi-truck driver going the other direction was looking down at a text message when he hit a broken-down car on the side of the road. The truck shot across the median and slammed head-on into Sevilla’s car, killing him instantly. Another woman was also hit, but she survived the accident.

The family was close, with just Sarah, her parents, two siblings and her mom’s brother and sister. They were all devastated after Sevilla’s death.

“He was like that uncle everybody dreams of having — the fun uncle,” said Sarah’s mom, Kathy.

Sarah had just turned 16 on Jan. 10 and had only had her driver’s license for a couple weeks before the accident.

“Being in that demographic where all my friends had their license or were getting their license was insanely scary,” Sarah said. “Driving was still very new, and then to have to go and drive after that happened was insane.”

After the accident, Sarah and Kathy also became more aware and constantly noticed people on their phones while driving. They would notice people checking messages at a stoplight and continuing to look down once the light turned green, and Sarah would receive Snapchats from her friends while they were driving.

Sarah got annoyed when friends would say, “It’s not a big deal.”

“You can do it a million times, and on that millionth and one time, something’s gonna happen,” she said.

Sevilla’s death hit the family hard, and Sarah and her mom wanted to do something more to try to prevent this from happening to other families.

“I felt like God was calling me to do something higher and be an advocate,” said Sarah, who had grown up Catholic but found resolve in her faith after the accident.

A year after the accident, Sarah and her mom started a non-profit called 2Eyes.JustDrive to advocate against distracted driving.

Through the organization, they tell their story and use social media campaigns to try to emphasize the impact of distracted driving.

“I think it’s very noble how she has turned it around and is trying to help others to never have to face that kind of situation,” said Shannah Lunar, a friend of Sarah’s.

At an assembly in front of the junior and senior classes, Sarah and Kathy both told their stories. They had a banner for people to sign as a pledge, and the Ohio Department of Transportation provided a simulator where students would pretend to text while driving and see the consequences.

In addition to creating awareness around distracted driving, Sarah and Kathy also advocate for legislation to prosecute it. In the wake of the accident, they reached out to a number of legislators in both Kentucky and Ohio. Then-Ohio Attorney General Mike DeWine was the only one who responded and offered to meet with them. This is an issue that’s meaningful to him because he lost his daughter in a car accident, Kathy said.

Last Thursday, Sarah and Kathy again met with DeWine, this time with a number of other family members of those who have been killed in distracted driving accidents. DeWine announced a bill that would ban the use of cell phones and other hand-held devices while driving.

“[It] was awesome just to have that community because, to my knowledge, we’re really the only people that I personally know ... that have lost someone to distracted driving,” Sarah said about meeting with the other family members. “I was in this room of strangers, but we were all connected in the same way.”

Sarah and Kathy said their ultimate goal is for no one else to die from distracted driving. Kathy compared it to drunk driving, which she said was socially acceptable when she was younger but now is generally considered negative.

“You just have to create the mindset that it’s not worth it,” Kathy said. “Pull over. There’s not a text, a snap, a tweet, a post [or] anything that is worth somebody’s life.”

Through videos, tweets, photos and boomerangs, social media is used to showcase the best side of life. We scroll through our feeds to see the faces of friends, family and celebrities accompanied by loving or witty captions. But after someone dies, their social media accounts immediately become time capsules. 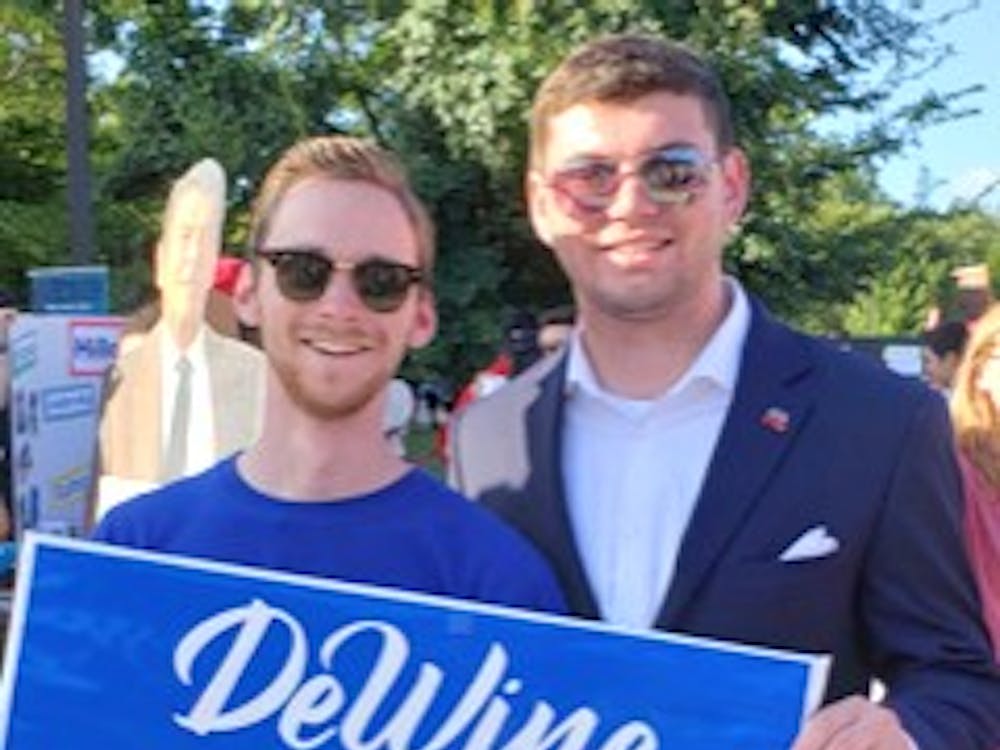 On Wednesday, Feb. 5, Miami University officials announced that Ohio Gov. Mike DeWine will serve as the spring 2020 commencement speaker. This news was met with varying opinions from the Miami community. Some current students, alumni and parents threatened to boycott the ceremony and faulted the university administration for being “too conservative" on Miami's Facebook page. Others believed that, in today’s divided climate, commencement speakers shouldn’t be political figures. A few praised the decision, citing DeWine’s long history of public service in Ohio and his exemplification of the Code of Love and Honor. I had the honor of interning for "Team DeWine" on his gubernatorial campaign in 2018, the summer following my freshman year. Before I started, I didn’t know what I believed nor who I wanted to become. I grew up in a conservative household, but I was hesitant to take a side when I arrived at Miami because I didn’t want anyone to label me as racist, misogynistic or anything that fits the typical (but false) Republican stereotype of today.