Right after hitting a deep 3-pointer from the wing during a stretch when Miami needed him the most, Grant froze and eyed his teammate, Nike Sibande. Sibande hugged the freshman guard, patted his back and hyped up the Millett Hall crowd.

“I even don’t what he said,” Grant said of the embrace, “but he turned me up.”

Not that Grant needed the energy.

The Falcons had claimed their first lead of the second half (53-51) four minutes earlier, but Grant scored seven of the first nine points in an eventual 16-0 Miami run.

Out of the timeout, Sibande dotted the exclamation point of the run with two ferocious one-handed slams, and the Falcons never pulled close.

The RedHawks held onto a 73-55 win Saturday.

“We just really turned up the pressure and really stuck together like [Miami head coach Jack Owens] said,” Grant said. “We continued to play our way.”

“Just a great game,” Owens said. “I’m just excited for the guys and Coach Hedric Day and having Ron Harper, Wayne Embry and all the alums back. It’s just a great day for Miami basketball.”

Miami started strong in front of the RedHawk legends and held a 14-4 lead seven minutes after tipoff.

They remained ahead until the Falcons knotted it at 33 with two minutes left in the first half.

Miami closed out the period with a Grant three and a Sibande layup to take a 38-36 advantage into intermission.

To open the second, the RedHawks had to weather Daeqwon Plowden’s storm, as the junior forward dropped the Falcons’ first 17 points, forcing the 53-51 BGSU lead. At that point — the 11-minute mark — he had 26 points, and his team had all the momentum.

But he didn’t tally another point.

Miami’s defense shut him down and allowed only two more points the rest of the way.

Then, Grant sparked the 16-0 run, Sibande continued it and the game belonged to the RedHawks.

“He’s a steady guy,” Owens said of Grant. “He’s going to be a special player. There’s no moment too big for him.”

Grant finished with 10 points, while Sibande led the team with 24 points and 11 rebounds.

In the second half, Bowling Green shot 17 percent from the field and made only four field goals — all by Plowden, who also grabbed 11 boards.

Besides Plowden, no Falcon recorded more than seven points.

After three games in five days, Miami continues its late-season slate Tuesday, with a road game at Buffalo. Tipoff is scheduled for 7 p.m., and the contest can be watched on ESPN+.

“This was a good team win,” head coach Jack Owens said. “I thought some guys stepped up and definitely played extremely well.” 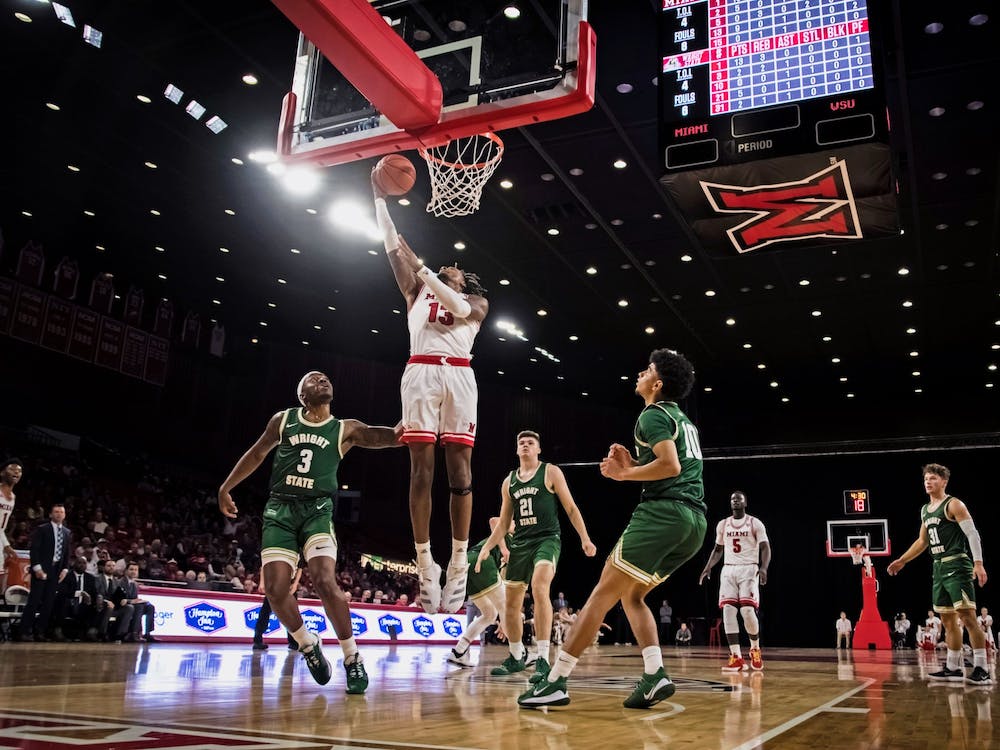