How I learned to stop worrying and love the Bud Knight

So, the Super Bowl hangover is over. Another NFL season is in the books. And, from the looks of it, it was yet another banner year for the advertising industry.

Assuming someone watched every NFL game this season, he or she would have endured just more than 50 hours of national (non-local) commercials — coming to an average of 47 minutes a game.

While the Chiefs’ Super Bowl-winning offense was league-leading, it ended up having the ball only 29 minutes a game, ranking 21st in the league. Not too bad, right?

Well, in the NFL Playoffs, not even counting the multitude of commercials that ran during the Super Bowl, more time was spent on commercials than the Chiefs tallied on offense all season.

Oh, and again, that’s only counting national commercials, not the ones run in local areas.

Looking at “ball-in-play” studies, which measure the amount of actual live action occurring during a game, football seems to come off looking, well, not great.

A 2011 Wall Street Journal study (and no, it hasn’t changed much since then) found, out of an average run time of three hours and 10 minutes, NFL games feature 11 minutes of action — 5.8 percent.

The MLB isn’t too much better, coming in at a measly 10.2 percent, while the NBA, NHL and major European soccer leagues all feature figures between 35 to 50 percent, in that order. The NFL, unsurprisingly, runs far ahead of the pack in commercial numbers, with more than 50 percent more 30-second commercials than its closest competitor, the NBA.

So, what does this all mean?

Football, when looked at objectively, is incredibly wasteful. Spending three hours of time to watch 11 minutes of action.

However, that doesn’t quite paint the full picture.

Programs such as NFL RedZone try to minimize dead time and maximize action by bringing highlights from around the league, and rebroadcasts of the game often edit out the time between plays.

There is another factor to consider, as well. More than many sports, football owns a social factor.

I’ve been to more Super Bowl parties than watch parties for any other sport combined, and that fact may ring true for many others. And, while commercials may seem boring while we watch at home, they give us another thing to talk about.

Super Bowl commercials are always rated and debated, some up to weeks after their airing. They’ve become cultural touchstones — those Budweiser ads with the puppy and the horses! Being friends! And puppy-monkey-baby.

Everyone remembers the iconic ads, whether good or bad. And I’d argue that’s a tradition worth keeping. Even if they take up way too much time. 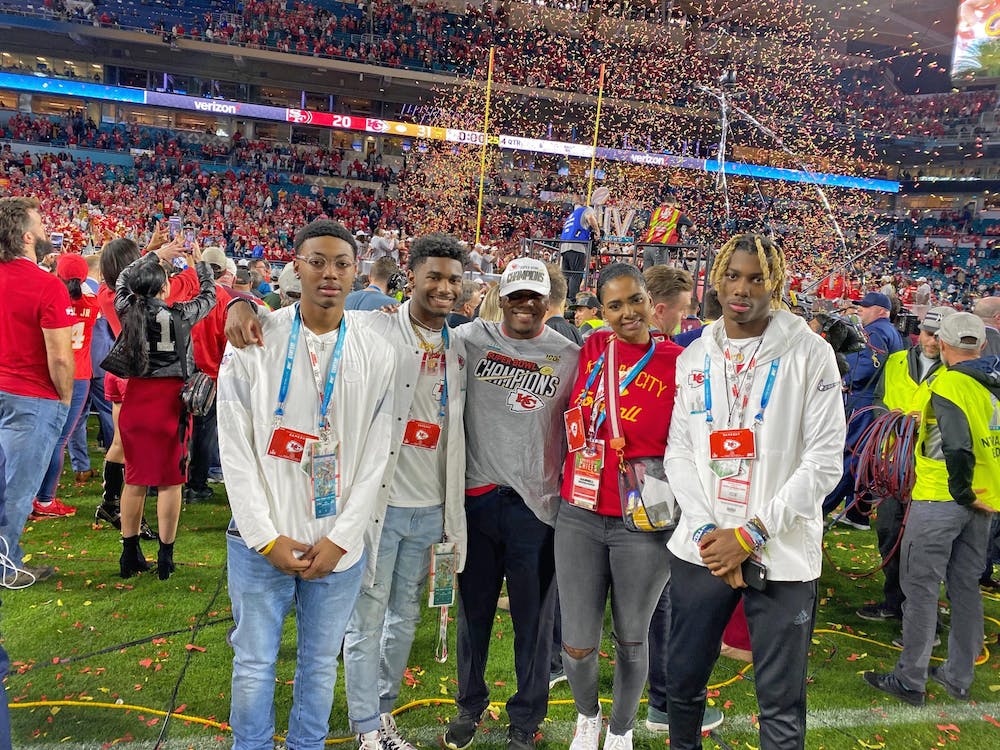 A crumpled newspaper, an empty stomach, no sleep and the rest of Super Bowl LIV through Deland McCullough II's eyes.