"Pick a side of the line.

“If you're not with us, you're against us, and we've got no time for you."

Chris Bergeron gave that message to his RedHawks during his first meeting as Miami’s head hockey coach.

He demanded buy-in, effort and attention to detail. The program he inherited from Enrico Blasi needed a rebuild, a process Bergeron recognized as possibly long and involving every person around the team.

Saturday, after his team fell to Western Michigan, 4-1, he talked about effort and punctiliousness again.

“Pretty ugly game,” Bergeron said at the postgame press conference. “Pretty disappointed in our effort — the third period. The first two periods, I’m disappointed in our thought process. There wasn’t a lot of smart hockey being played on our side, but again, I think we were trying.

“But the self-inflicted things we do, that give other teams opportunities or goals, I’m not sure I’ve seen it to the level of this before. It cost us the game. And in the third, I felt like the players quit, and that’s something I’m going to address.”

Bergeron, a very task-oriented coach, has one week to prepare the RedHawks for No. 7 Denver, whom Miami plays away games against on Friday and Saturday at 9:07 p.m. EST.

The Pioneers (17-8-5) hit a rough patch in the last two weeks of their otherwise stellar season. They have lost only eight contests this year, but they’ve dropped four straight. Their last win: Jan. 25 against the RedHawks in Oxford.

Dating back even two weeks before then, Miami (6-17-5) has struggled. It picked up its last victory on Jan. 10 and currently holds a nine-game winless streak.

After the RedHawks took Monday off, Bergeron said they will go back to simply executing their routine this week.

“We’ll focus on our process,” Bergeron said. “Our process Friday (in a 2-2 tie) was much, much better than our process on Saturday, so we’ll go back and drill down and try to prepare and take care of making it right or focus on how we can make it better, in terms of our game. We’ll go back to the process discussion.”

“I think it’s just not enough guys contributing,” Bergeron said. “I think, when we go back and look at a Colorado College game, a Bowling Green game, a second-half-of-the-year game, even the first half when it was just a little bit of success, those games were a collective effort, in particular five-on-five ... The five-on-five scoring, if we’re doing it by committee and we have other people involved, we’re a different team. It just hasn’t been there.”

Bergeron emphasized the play of his goaltenders was not the issue, but he said his team needs to play better defense.

“We’ve really, really been struggling defensively,” Bergeron said. “We’re giving up way too many chances, which lead to way too many goals. That isn’t a shot at the goaltender. That is a defending issue, and in a lot of cases, it’s a defensemen issue. That’s a fact.”

Senior Ryan Larkin and freshman Ben Kraws have been rotating in the net. 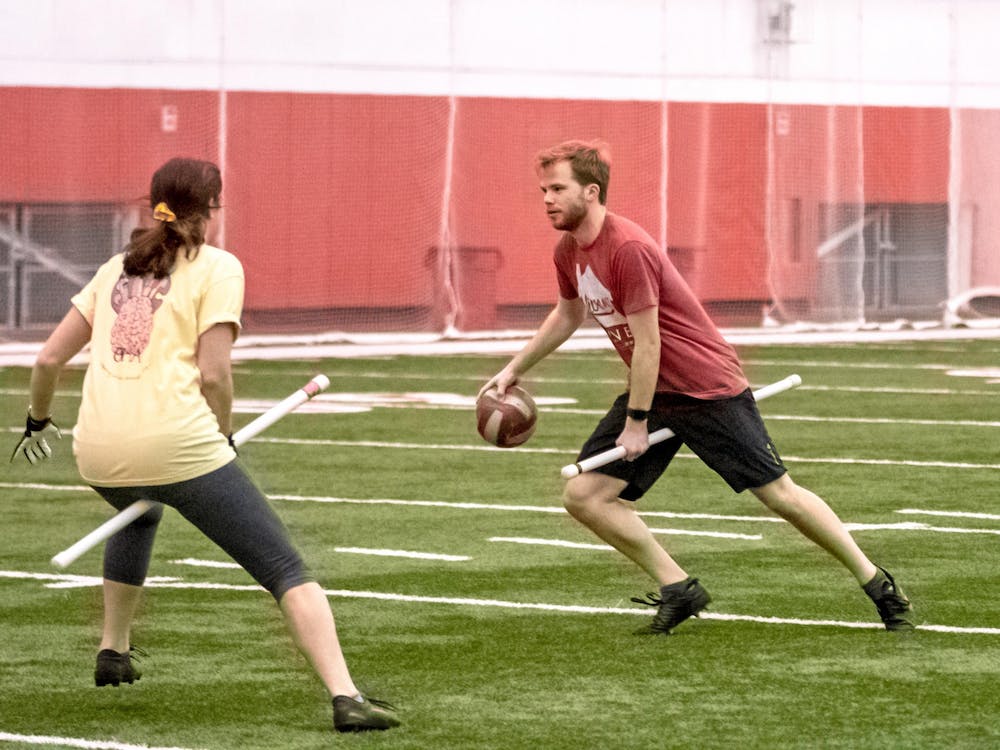