One thousand six hundred and twenty-five miles south of Oxford, five Miami University students spent a week of their J-term submerged in the Caribbean Sea.

From Jan. 11-19, members of the Miami Scuba Diving and Snorkel Club took a trip to Tom Owens Caye, an island 25 miles from mainland Belize, to delve, dive and help preserve the ocean.

“It’s what you think of when you think of an island in the middle of the ocean,” said sophomore Jake Humbert, the club’s vice president.

Palm trees and conch shells cover the island, which only spans an acre and a half. There is no cell service or running water.

The trip was booked through Reef Conservation International (ReefCI), a company that allows volunteers come to the island to help them with their research and conservation efforts, in addition to diving.

People come from all over the world to participate in ReefCI’s program. One of Humbert’s favorite parts of the trip was meeting people from England, France, the Netherlands and Russia, and sharing his passion for scuba with them as well as with his fellow Miamians.

Through ReefCI, the club learned about different threats to marine life such as coral bleaching, the overfishing of lobster and the invasive lionfish. Later, they were able to help protect against these threats.

Club members collected data on coral bleaching, noting which types of coral existed in the area and which types were bleaching. They also researched the lobster population, measuring to find the average size and finding out if the lobsters had eggs.

They also helped preserve the Caribbean by hunting and spearing lionfish, which are invasive to the area and therefore harmful to other species.

“As scuba divers, we’re the ambassadors of the ocean,” said junior Abby Porter, the club’s president and founder. “If you’re going to expect it to be there in 50 years, you have to take care of it.”

Porter said  “getting one step closer to becoming a divemaster and seeing how much the club has grown to be able to take a trip,” were her favorite parts of the trip.

The club also dove at night in a protected area, and even though fishing and harvesting was banned, the coral still suffered from bleaching.

Although the club is based in southwest Ohio, far from any ocean, they take advantage of local connection to marine life — visiting the Newport Aquarium and holding fundraisers for conservation.

And, scuba classes are available at the rec center for closed water dives.

Looking toward the future Porter, Humbert and the rest of the members are hopeful the trip to Tom Owens Caye might become a regular feature for Miami’s Scuba Diving and Snorkel Club.

“With most companies, you just get to go diving and don’t get to do the conservation part of it,” Porter said.

But that’s what makes all the difference when traveling with ReefCI. 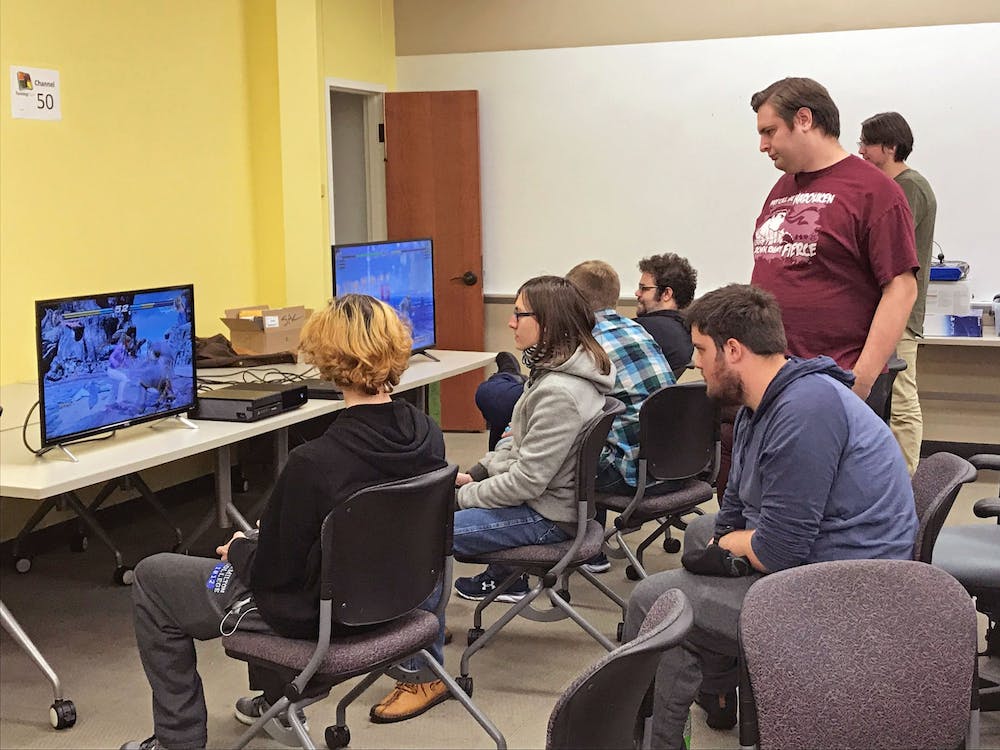 Walking around Miami University’s campus on Saturday night, most buildings are closed. But Benton Hall remains well-lit and open. Visitors that walk inside the building from 7 p.m. to 10 p.m. will be greeted with chatter coming from room 100 just to the left of the entrance.