At the Miami Tribe of Oklahoma’s Winter Gathering on Friday, Jan. 24, Kara Strass, director of Miami Tribe relations, gave a presentation on the upcoming exhibition and some of its most notable pieces.

In her presentation, Strass introduced the five themes of the exhibit: shimmering, losing, discovery, making and family. These themes are meant to highlight the ongoing nature of the ribbonwork tradition and show visitors that it is not merely a historical practice.

“We were trying to think about how to create something that’s not just ‘I go and I see these pieces,’” Strass said. “We wanted to tell a community story.”

Though many Native American tribes produce ribbonwork, Myaamia ribbonwork is unique for its distinctive geometric motifs — particularly diamonds — and the heavy presence of red, black and white in its designs.

Strass said that these motifs and colors were prevalent in Myaamia clothing and artwork long before European contact made the acquisition of ribbon possible. Though it is unknown whether the designs have a symbolic meaning, this “Myaamia aesthetic” is a common form of expression for Miami Tribe members.

“These geometric designs are something that’s pretty easily recognizable,” Strass said. “So if you want to express your identity and Myaamia culture, these patterns are one way of doing that.”

George Ironstrack, assistant director of the Myaamia Center, said that ribbonwork hit its first “peak” during the 1830s. During this period, the Miami Tribe received large sums of money from various treaty settlements and, in turn, spent this extra money on products such as ribbon.

However, the tribe began to suffer a cultural and financial decline as it ceded more and more of its land and, eventually, was forcibly removed in 1846. This decline caused art forms, such as ribbonwork, to fall by the wayside.

“Eventually, you don’t have enough land to sustain yourself anymore, so the payments and annuities are being used to sustain your community at the most basic level,” Ironstrack said. “So, very complicated art forms like ribbonwork go into a decline.”

Ironstrack said that, in the past 20 years, several individuals have made a concerted effort to revitalize the ribbonwork tradition. This effort began shortly after the drive to reawaken myaamiataweenki, the Miami Tribe’s language, but largely parallels it.

Tribe members like Karen Baldwin and Scott Shoemaker have spearheaded the effort to make ribbonwork a common and accessible facet of Myaamia culture by holding over 100 workshops so members of varying skill levels can learn and practice their skills.

In addition to ribbonwork, the tribe holds workshops that teach members how to make other culturally relevant objects, such as moccasins and lacrosse sticks.

Last spring, Joshua McCoy, a Miami Tribe member and Miami University sophomore, made a pair of traditional moccasins in a workshop with Scott Shoemaker. Later, his mother stitched blue, red and white ribbonwork into the sides of the moccasins.

McCoy proudly wore his newly-fashioned moccasins during the tribe’s annual stomp dance on Jan. 25. He said that he was inspired by his father and great-uncle, who wear moccasins with similar ribbonwork patterns on them.

“I’ve had pairs of moccasins before, but I never made ribbonwork for them, so it’s pretty special and meaningful for me,” McCoy said.

Strass said that, by juxtaposing older pieces of ribbonwork with contemporary ones in the exhibit, the Miami Tribe hopes to demonstrate that Native American cultures are far from extinct.

“It was very important to us that we didn’t just bring in historic objects, put them in a case, and let people look at them,” Strass said. “That can perpetuate this idea that Indians are something that only existed in the past.” 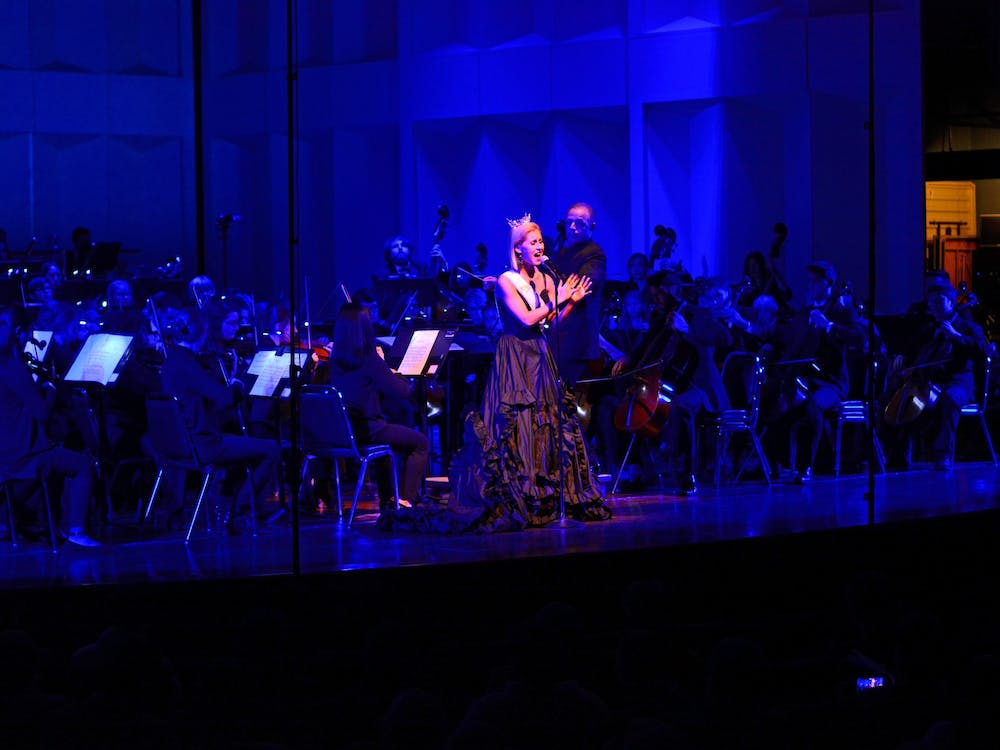 As the lights began to dim, the orchestra drew its warm-up routine to a close. The audience followed suit and turned to focus all attention on the stage.  Let freedom ring. 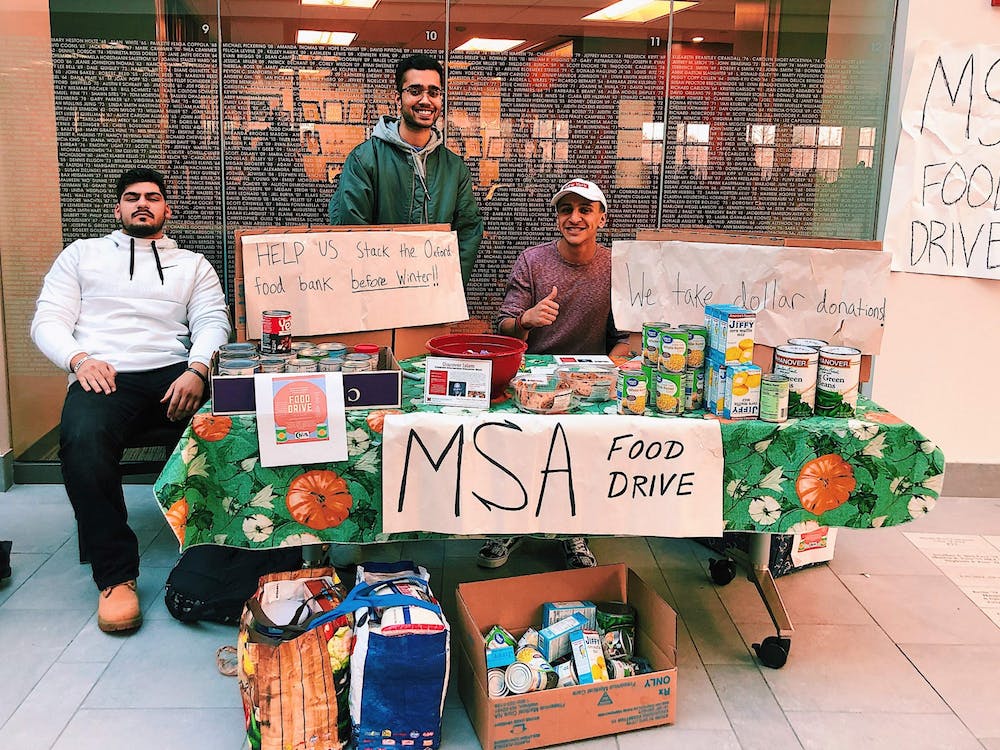