Students circled around the seal, the candles in their hands illuminating their faces against the dark November night. The mood was somber, some people looking at the ground and others hugging their friends in acknowledgment of those they gathered to remember.

Spectrum and the Center for Student Diversity and Inclusion co-sponsored a candlelight vigil for Transgender Day of Remembrance on Wednesday, Nov. 20.

The organizers passed out candles to the gathered students and community members and instructed them to light their candles from the person next to them. Then, students took turns reading poems by transgender individuals or notes they wrote themselves.

The event was held to honor the lives of the at least 28 transgender people who have been killed in America in 2019.

First-year Natalie Pantuso said the vigil was especially important to them this year because at this time last year they identified as a cis woman, while now they identify as genderqueer.

“I feel like it’s just important for me to pay my respects,” Pantuso said. “It’s important to recognize the people we’ve lost … trans rights are human rights.”

After a few students spoke, the group proceeded inside Armstrong Student Center, where they gathered around the seal.

Notecards with names were passed around, and everyone went around in a circle reading the name of a transgender person who was has been killed this year.

“I think it’s important for us to remember people rather than statistics,” said Viengsamai Fetters, president of Spectrum. “Trans people are often made into statistics, especially trans people of color, and it’s disheartening and scary to be told, ‘Oh, here are all the people who got murdered this year because they’re like you.’”

After all the names were read, Fetters read a poem. When they held up their hand, they invited the group to insert their names into the poem.

“You do not deserve the violence you experience,” they said, as the group filled in their names.

At the end, Hannah Thompson, associate director of LGBTQ services, invited everyone to stand in silence for a few minutes before leaving.

“We love you. We support you,” Thompson said. “Please remember to honor our dead by fighting like hell for the living.”

Good Morning Miami: In memory of an elegant icon

At the beginning of each new school year, I buy folders for a dollar, select reasonably-priced pens and pencils and purchase notebooks while they’re on sale.  I hardly pay attention while stuffing these items into my backpack; whether or not they rip or tear is their own business.  Each year, I also allow myself one beautiful purchase, and this year’s was a Kate Spade agenda. 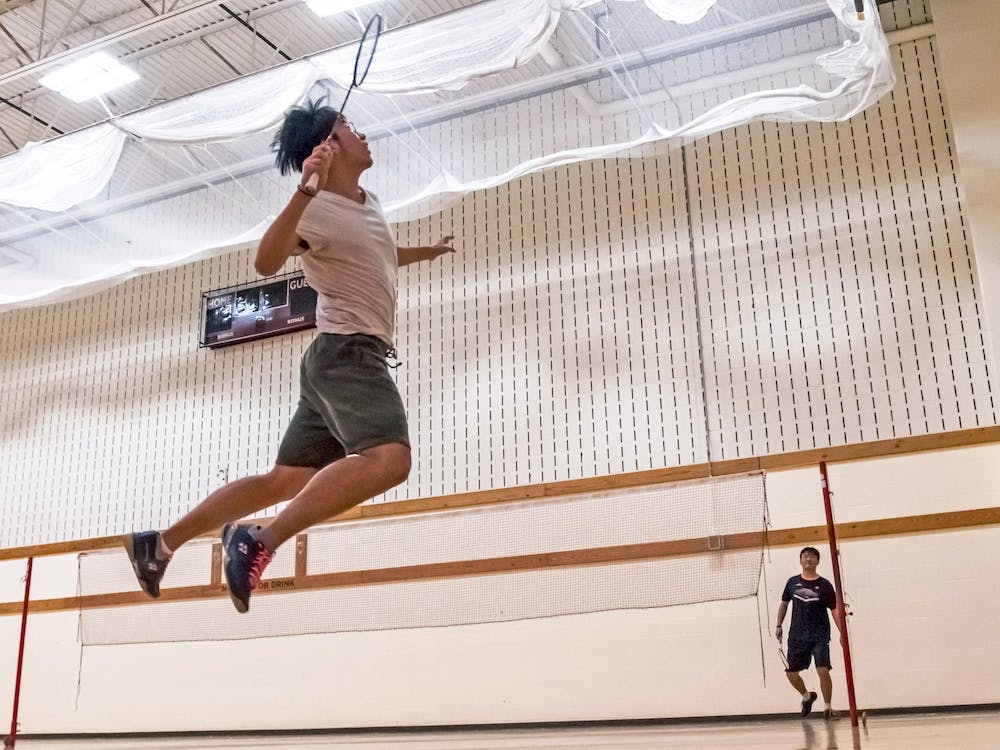 “It’s about your interest, and it’s about the environment. We all join together for badminton for fun.”