‘She Kills Monsters’ shows the importance of friendship

Miami University’s Department of Theater strikes again with a night full of quests, adventure and self-discovery in the production of ‘She Kills Monsters.’

She Kills Monsters, written by Qui Nguyen, centers on Agnes, a high school English teacher who has just lost her parents and younger sister in a deadly car crash. Consumed with regret over the broken relationship she had with her sister, Tilly, Agnus tries to understand who her sister was through a Dungeons and Dragons (D&D) storyline she left behind.

With the help of a self-proclaimed high school D&D nerd, Chuck, Agnes follows him on the adventure to save Tilly’s lost soul. Along the way, Agnus learns about her sister's dominance in the world of D&D, struggles she faced in school and her secret crush.

While on her journey, Agnes’ relationship with her long-term boyfriend, Miles, is strained. It isn’t until he decides to tag along for the journey that their relationship begins to strengthen.

After defeating three major bosses, and slaying the five-headed dragon, Tiamat, Agnes is able to save her sister’s soul and understand who Tilly was, even after her death.

The play, set in 1995 and just before the mainstream usage of the internet, focuses on the importance of community. Before Tilly’s passing, she stood as a leader for her group of friends, leading them in an adventure to escape the reality of their real lives. When they played D&D, they were able to be the people they had always imagined.

Although the central message of the story was the bond between two sisters, there were plenty of laughs along the way from start to finish. From the drawl of cheerleaders’ valley girl accents, to characters constantly mistaking Agnes’ D&D excursion for a sexual awakening, there is hardly a moment in the play without some sort of comic relief.

I’ve always had an interest in recent mythical medieval recreations such as Game of Thrones and The Lord of the Rings series, but as far as gaming is concerned, D&D never sparked my interest. I’ve known people who were a part of clubs and played often, but I never took the time to truly explore what it was all about.

‘She Kills Monsters’ allowed me to see the game in action and all the components that go along with it. You can create kingdoms, monsters and make yourself into a warrior. Allowing your imagination to flow beyond borders makes the game even more fun.

Although D&D isn’t something I’d particularly be interested in, after seeing the play, I appreciate the craft that goes into creating these storylines and the communities that can be built  from these adventures. 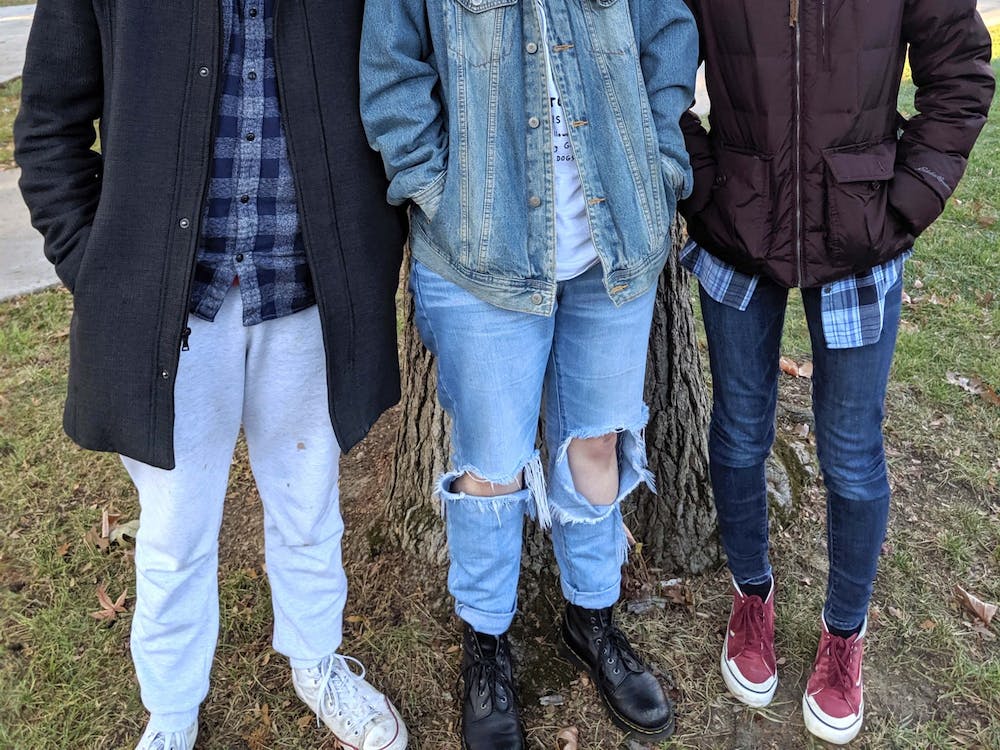 The snow started falling outside, and first-year Mango Lapack couldn’t contain their excitement. They went bursting out their dorm’s door to meet the delicate flakes falling to the ground.  Suddenly, the mood shifted as Lapack realized just how cold it was. All they had was a jean jacket and no winter coat. As they shivered their way back inside, Lapack made a mental note to buy a coat online when they got back to their room.