After dropping the first game of its season, Miami picked up its third win in a row on Wednesday afternoon.

The RedHawks took it right to their lesser foe in the Central State Marauders on Wednesday, crushing them 80-45 at Millett Hall. However, it took a minute for the ’Hawks to realize they had the clear talent advantage over their opposition.

Central State took the RedHawks by surprise, jumping out to a 5-0 lead in the first two minutes. Junior guard Nike Sibande drew an early foul on a 3-point attempt and went to the charity stripe. After making two of three, Sibande and the rest of the ’Hawks took the lead and never lost it.

The only other time the game was close was a 9-9 tie about six minutes into the first half, but a Milos Jovic 3-pointer sparked a 12-3 Miami run. The RedHawks ended the half with a 16-point advantage, and by most accounts, the game could have ended there.

The game rolled on, as Miami continued its bludgeoning of Central State, starting the second half with a 16-3 run.

Less than five minutes into the second half, Dalonte Brown picked up his second consecutive double-double and finished the game with 11 points and 12 boards.

“He’s a guy that plays hard, he runs the floor in transition, he’ll spot up and shoot threes. His motor is non-stop,” Owens said. “He’s a guy that can be an all-conference type of player this year.”

Miami averaged two points every 30 seconds for the rest of the game.

Along the way, junior forward Josh Brewer emerged with his own personal scoring run, racking up 12 of his team-leading 15 points in the final nine minutes of play. Brewer’s sudden breakout included self-started 6-2 run in a 90-second spurt.

The final buzzer left the scoreboard at 80-45, with the RedHawks simply outclassing their Division II visitors. Miami beat the Marauders across the board, holding the advantage in points in the paint, off the bench, off turnovers and off second-chance opportunities.

Miami will begin the Gulf Coast Showcase in Fort Myers, Florida on Monday, facing the Drake Bulldogs. The game is set to tip off at 1:30 P.M. 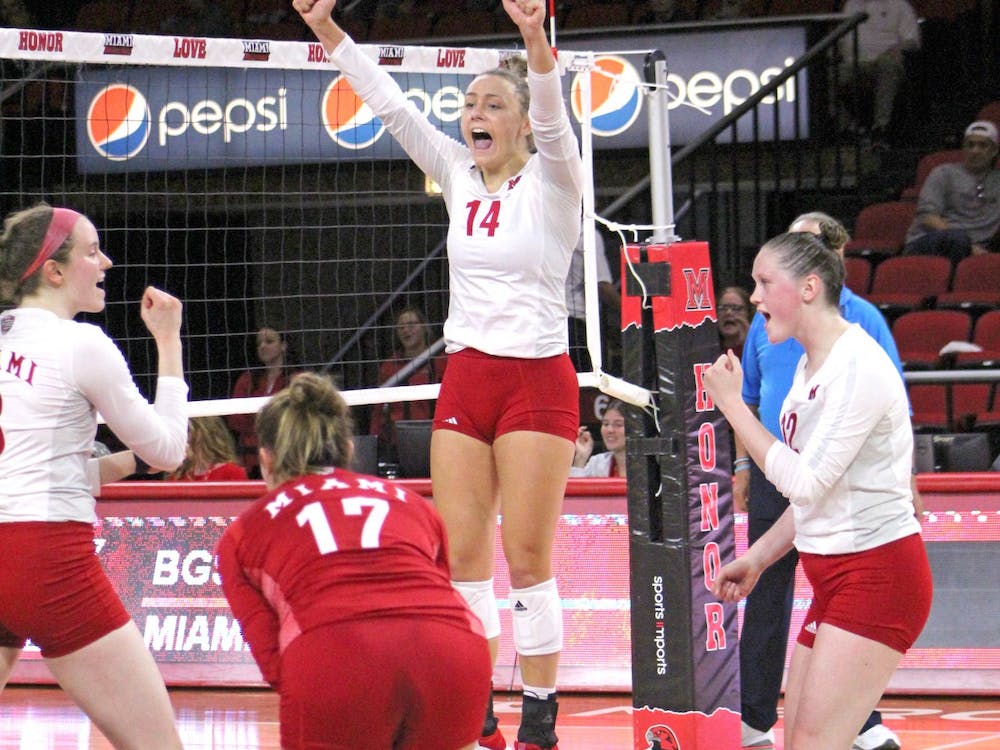