Laughing on the way to the hospital is a strange feeling.

It’s a serious matter, sustaining an injury worthy of the ER, but I couldn’t help but smile.

It was Sean’s thumb dangling in a make-shift paper towel wrap on the road to surgery, not mine.

We had just gotten off the water after a day of fly fishing in northern Michigan. Cold, hungry and annoyed at the fish for refusing to be caught, we started prepping dinner. No fresh trout tonight, just some skinless Oscar Meyers because Sean didn’t like the texture of a crisp hotdog. Un-American, if you ask me.

I chopped firewood while Sean drained the wiener juice from the package. Dinner would have been right on time had he not insisted on breaking in his new toy.

“I brought my hatchet,” Sean said. “I can help split the kindling.”

“Alright, sounds good,” I said, not thinking anything of it.

The dry wood splintered to the dirt.

I glanced over to him. He had his back to me with his right arm at his side, hatchet dangling there, useless.

He turned to me, holding his left hand up in front of his wide blue eyes. Blood dripped down through his palm and dropped to the earth, staining the grass red.

I could see through him. Literally through his split thumb and into his eyes. He was scared.

Sean’s a smart guy, University of Michigan chemical engineering smart. But when you hack into your own hand, that stuff goes out the window.

Afraid he might bleed to death from a hand injury, we piled into his Mercury Mariner and sprayed dirt across the campground as we sped toward town.

I had wrapped his thumb in an arm’s length of paper towel that seemed to be stemming the bleeding. He squeezed it tight with his good right hand, not daring to take any chances.

He was going to be fine, we both knew that now.

“Yeah, maybe for you,” he said. But he was smiling.

The cut was clean through his fingernail but not the entire digit. The tip of his thumb jutted out at an unnatural angle, clinging to his hand by the fingerprint alone.

We laughed. It’s a good thing that hatchet wasn’t too sharp.

Close encounters of a Starbucks kind

In the spirit of the daily understaffed chaos witnessed in the campus Starbucks’ this year, here’s a look back at the former Starbucks attached to Maple Dining Hall. Maybe we’re nostalgic, but fall 2017 felt like a simpler time. 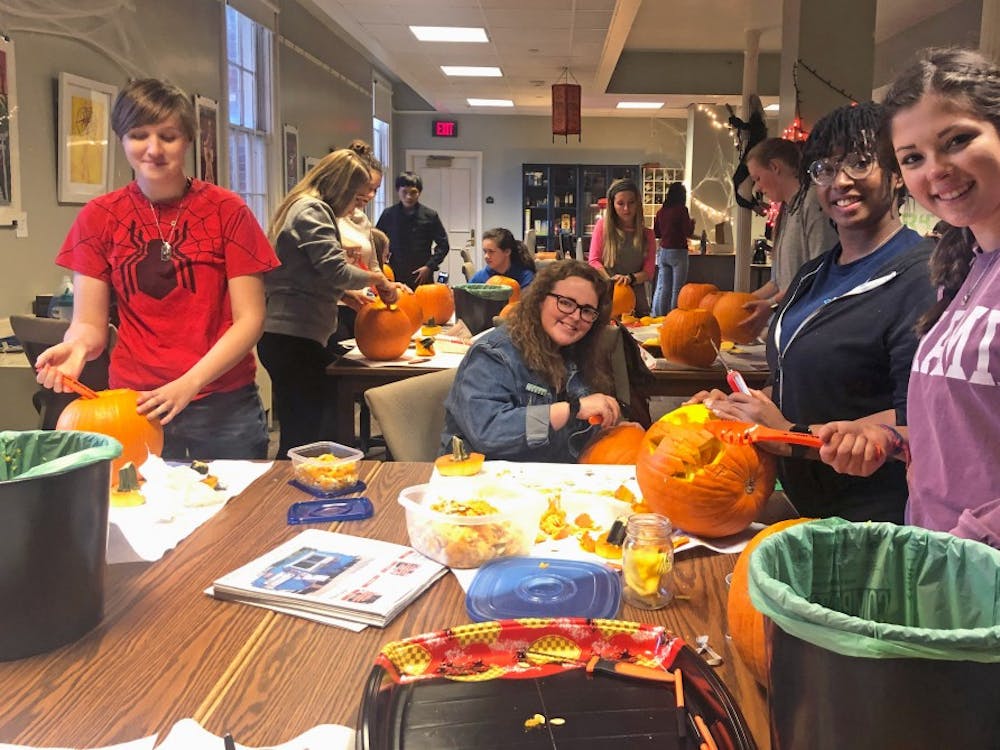 With low lighting and Halloween decor scattered about Peabody Hall 22, the atmosphere of the event was inviting and festive. Upon arrival, students were welcomed warmly by ZWO members and encouraged to carve one of the many pumpkins provided by the organization. Tables lined around the room, where attendees carved their pumpkins and conversed with each other about what they were going to create.

As we begin trading humidity and blaring sunshine for falling temperatures and leaves, it’s time to unveil the list of “Good Morning Miami” autumn essentials, which ensure a productive and pleasant day.