Six weeks ago, the entrepreneurship and economics major launched Warm Heart Clothing Co., a business that sells affordable clothing and donates 15 percent of the profits to various charities.

He first dreamed up the idea for the company two weeks before final exams last semester. After looking to buy a charitable T-shirt, he discovered that the prices were too expensive, with many shirts retailing at around $30.

Dame, who doesn’t like to spend a fortune on clothes, decided that the solution was to start his own business.

Once the semester ended, Dame spent the summer working on his idea. He enlisted his aunt, who has her own law firm, to help prepare the LLC and trademark. He recruited his roommate, sophomore Jack Watson, to help with the finances.

Due to his inexperience in running a company, he had to complete a long process of extensive research.

“It just took a lot out of me,” Dame said. “There were times when I almost didn’t go through with it just because I didn’t really know what I was doing, but I ended up just figuring everything out.”

Getting Warm Heart Clothing Co. started involved coming up with a product that would be unique among other charitable clothing brands. Since the majority of charitable T-shirts are in the $30 range, Dame decided to cut that cost in half for his business and only charge $15 for shirts.

In order to keep the costs for shirts at $15, the company had to keep the donation percentage at 15 percent for each product sold. After a customer buys an item, the percentage designated for donation is set aside to be given at a later date, as the charities prefer that donations be given in larger sums.

When it came down to deciding what charities to donate to, Dame first chose ones that he felt passionate about.

“We look for charities that are overlooked and that no one really talks about as much,” Dame said.

Through word of mouth, the business continues to grow.

Since the company’s launch in October, the Instagram account (@warmheartclothingco) has gained 676 followers. In the beginning, many of the followers were Dame’s friends from his hometown of Akron.

Dame has many other ideas in the works, too. He hopes to release a Crohn’s disease long-sleeve shirt and hopefully have a celebrity endorse the product.

Other future plans include a potential pop-up shop in Armstrong, so that customers can have a more personal experience with the products, since all business is exclusively conducted online for now.

Sophomore Madison Joseph has already bought one shirt from Warm Heart Clothing Co. She plans to continue to support the business by eventually purchasing a hoodie for Breast Cancer Awareness.

“Warm Heart Clothing is such an awesome way to support amazing charities that you might not normally donate to,” Joseph said. 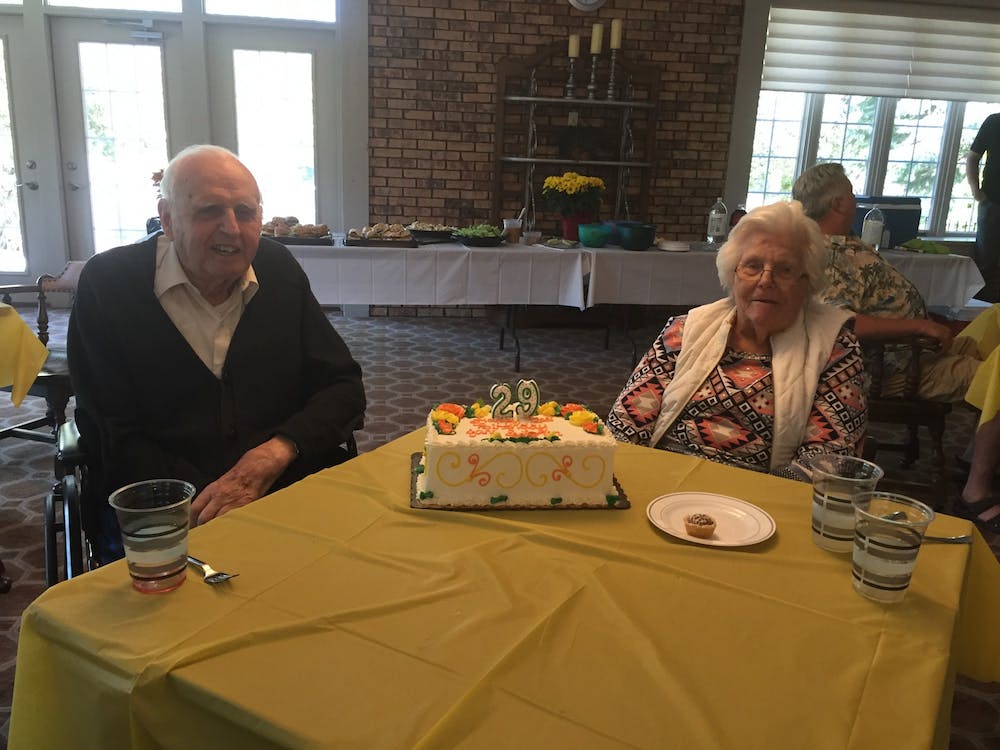