Teams received these ingredients to aid in their participation in Hillel’s Chopped Event, inspired by the hit TV show of the same name on the Food Network. On the show, four chefs compete against each other, making dishes that include mystery ingredients given to them right before the cooking begins.

Hillel’s twist: All the mystery ingredients had traditional or historical ties to Israel.

Hillel is an organization that creates a community for Jewish students on campus. It is made up of Jewish students who all have different ideas regarding Israel and Judaism.

Senior Maia Sepiashvili described it as a “family” or “home.”

Sepiashvili, who is an intern for Hillel, came up with the idea for the event. She loves “Chopped,” and, since she always learned about a new type of food from viewing the show, she thought it would be a good way to teach people about Israeli culture.

“We want people to learn about the different cultural aspects of Israel and put a positive image of Israel out there, and we’re doing that through food because everyone loves food,” she said.

Sepiashvili kicked off the event by encouraging attendees to split up into teams. They had to use the mystery ingredients in each round and were also able to use any of the other foods provided. Teams had a certain amount of time to work during each round.

She also introduced the judges, junior and Hillel’s vice president Avi Dave, junior intern Hannah McCarren and sophomore intern Natalie Walsh. Teams were judged on the taste and presentation of their dish as well as their creativity in incorporating the mystery ingredients.

Each of the six teams — made up of two to three people — claimed a table as their workspace and round one began. The two mystery ingredients were hummus and matbucha, which is a cooked mixture of tomatoes and bell peppers. Participants went to work gathering ingredients and planning with their other team members. They only had 10 minutes to make their dishes, so they had to work quickly.

For the first round, many teams made Israeli-inspired pizzas, with a pita acting as the dough, humus and matbucha acting as the sauce and a variety of veggie toppings.

Between rounds, the judges tasted everyone’s dishes while Sepiashvili explained to everyone the traditional significance of the mystery ingredients. People from different teams socialized and they were also able to get plates of food for themselves.

Unlike “Chopped,” the judges did not eliminate any teams, nor did they choose a winner for every round, because Hillel wanted to keep up the interaction and engagement from students.

For round two, the mystery ingredients included misir wot (spicy red lentils), schug (a spicy and herby green sauce) and potato salad. It was also recommended, though not required, that teams use falafel in their dish.

This round, teams were allowed 15 minutes to make their dishes. After a request, the judges offered an extra five minutes for all teams if someone could answer an Israel-related trivia question correctly.

Teams took full advantage of their extra five minutes. Dishes made included “Israeli Big Macs,”  “falafel burgers,” open-face sandwiches, a blend of ingredients on top of pita and greens and light finger food. Many teams got creative with their presentations in this round, making smiley faces or concentric designs on their plates.

In round three, Sepiashvili threw the teams a curveball. There would be no mystery ingredient but a theme for teams to base their dish on: Israeli salad. She challenged teams to keep in mind that salad can mean whatever you want it to mean and that Israel is a diverse country.

And teams did just that.

With their 10 minutes, they made dessert salads, vegetable mixtures and traditional Israeli salads.

When it finally came down to choosing the winners, the judges chose the team made up of juniors Emily Lightman and Jessica Enhelder alongside sophomore Keith Cottle. Their strategy consisted of focusing on presentation and mixing ingredients together rather than just placing them down on the plate.

Overall, the event was a big hit with everyone, especially for a first-time event. It attracted members of Hillel, Jewish students and others as well.

“It’s a good mix of education and having fun with your friends,” sophomore Kaitlyn Swearingen said.

Swearingen is not a member of Hillel, but came with her friend, Jessica Cantor, who is a member. The event was educational even for Cantor.

“I’ve never had half of the secret ingredients before, and I’ve been to Israel,” Cantor said.

Hillel plans to share a recipe book with everyone that attended so that they can easily make their own Israeli cuisine at home. Next semester, they are hosting IsraeliFest, a festival in Uptown Park that celebrates Israeli culture. This year’s festival does not have a theme yet, but in the past themes have included Art & Culture in Israel, the 1970s and Diversity in Israel. 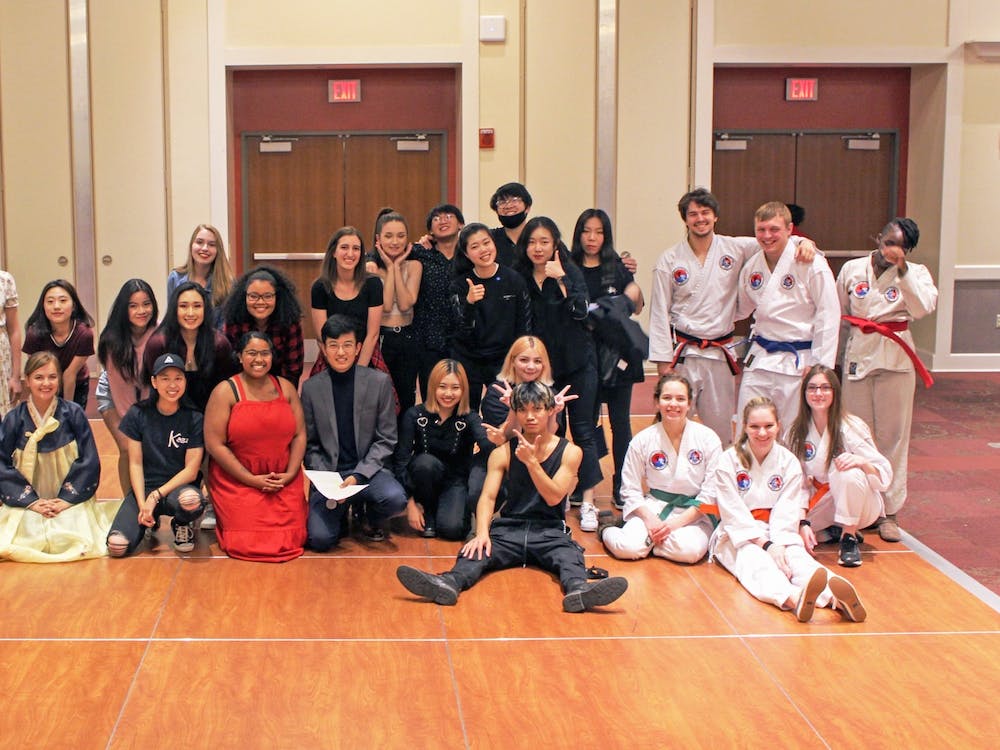 Armstrong Pavilion is a large room, but last Saturday it felt small as people of all different backgrounds came together as one to celebrate the Korean holiday “Chuseok.” This holiday, which is typically celebrated in September, is a Korean Thanksgiving, with the purpose being to gather with family and share stories and food. 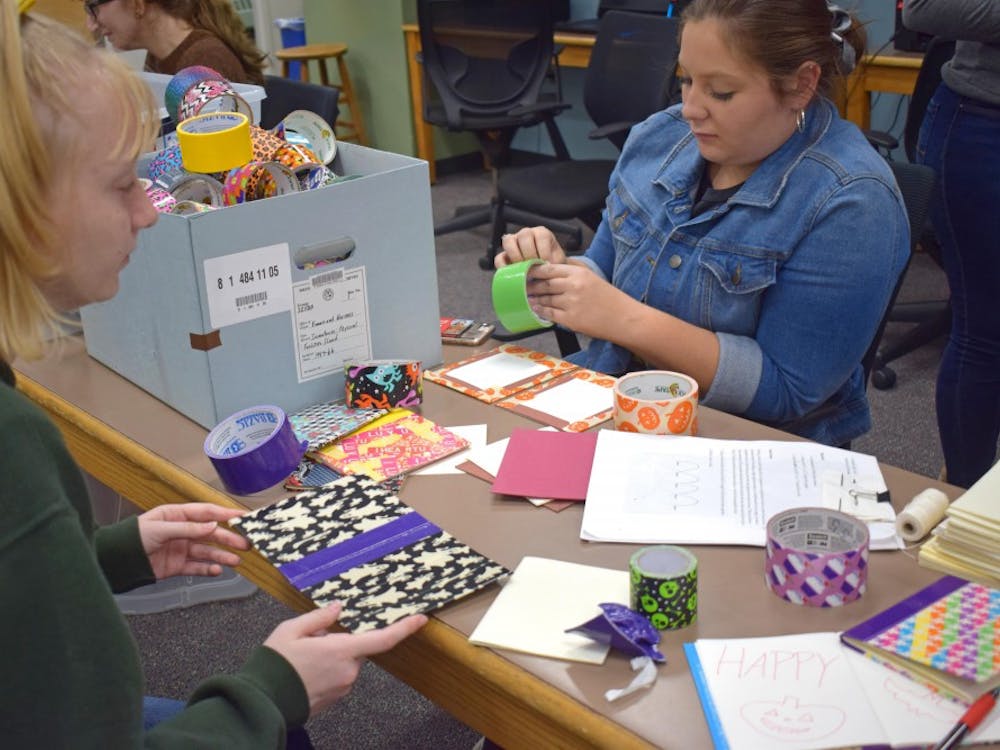 Taking spooky crafts to the next dimension

The Makerspace, located on the 3rd floor of King Library, was decked out for Halloween. Paper bats and garlands hung from the ceiling and fake spiders were strewn about. Candy buckets adorned most of the tables. Some of the staff also embraced the Halloween spirit with t-shirts showcasing a skeleton or black cat.  On Friday, Oct. 25, King’s Makerspace hosted a Halloween-themed event for students to make “creepy crawly crafts.” The Makerspace offers students an area to use the numerous available machines and be creative. The machines, including 3D printers and electronic cutting machines helped students make stickers and heat transfer vinyls and sewing machines. They could design book covers and bind the books themselves, personalize tote bags or clothes with the heat press and make a sewing circuit.