It’s the first Tuesday of November, which means citizens across the country are heading to the polls to vote in local elections. And while national media outlets are already laser-focused on next year’s presidential election, it’s our job as your local neighborhood news outlet to tell you it’s important to vote on what’s on the ballot *today*.

Federal elections may dominate our national political landscape, but our local government officials are far more accessible than our state or national representatives. This is especially true for Oxford, as our local officials are heavily involved in the community.

The officials elected into office today will enact policies that directly impact our day-to-day lives here in Oxford, dealing with everything from parking tickets to long-term sustainability in Oxford.

Today, Oxford voters have the opportunity to elect three of the five candidates running for Oxford City Council.

After hosting last week’s City Council debate, we at The Miami Student endorse Jason Bracken, Glenn Ellerbe and Bill Snavely for City Council. We believe these candidates represent the best vision of what Oxford has the capacity to become this election cycle.

All five candidates focused on the same general issues and presented themselves as on relatively similar platforms. The veil of bipartisanship, however, is most likely due to the fact that overt right-wing talking points and ideals have cost Oxford candidates the election in the past.

While it’s true that local government doesn’t face the same partisan gridlock we see on Capitol Hill, our staff fears Kyger and Skoglind will prove to be less aligned with the progressive ideals of affordable housing for all and city-wide carbon neutrality once they’re in office.

Bracken and Ellerbe are running on affordable housing platforms, and both proposed promising plans to rezone for multi-use housing and development and to better support the homeless community in Oxford.

Miami University is the largest employer in Butler County, and much of the surrounding community’s population is vulnerable to poverty and homelessness. Our staff encourages all Oxford voters to support these candidates who will work to improve the lives of our students and our workers.

Not only will these candidates help the housing crisis in this city, but they promise to encourage local businesses in a more sustainable manner. Bracken proposed raising vacancy fees to help incentivize filling Oxford’s many empty storefronts and homes, whereas Hueston Kyger simply chalked up the lack of economic options in town to solely a population issue.

We’ve reported in this town long enough to know that’s not the reason we have empty storefronts and inflated housing prices in Oxford.

Our staff wants to elect officials that provide Oxford with plans for real change that will benefit its citizens, not excuses.

That’s not to say that the candidates we have chosen to endorse are perfect.

For instance, Snavely said he wants to improve both public parking and the bus system in the city. But if you want to encourage sustainability, you can’t be complicit in enabling car reliance. It would be far more beneficial to focus on improving public transportation, as it will encourage residents to develop more environmentally conscious habits and will better serve the community than additional parking ever will.

Also, for a candidate that so clearly has a background to talk all day about sustainability, we were sorely disappointed that Bracken rarely took his full time in the debate to actually elaborate at length the plans he’d like to institute.

But Bracken, Ellerbe and Snavely are committed to sustainability, and each expressed their support for University President Greg Crawford to sign the Presidents’ Climate Leadership Commitments, (PCLC) which will commit Miami to carbon neutrality.

We at The Student have been vocal about our support for signing the PCLC, and we’re excited to see candidates backing issues that are so important to us. And maybe Crawford will finally listen once the pressure starts coming from someone other than the student body.

The people elected today will shape Oxford, and that matters regardless of whether you’re a full-time resident or student.

This community gives us so much, and offers us our first step into the real world. This election is an opportunity for us to give back. To use our voice and elect individuals invested in improving our community. To show that our investment in Oxford goes beyond four years of undergrad.

And if you’re of the “my vote doesn't matter” mindset, remember your vote today is not gerrymandered, and a small scale election means that your vote carries the full weight that it deserves. 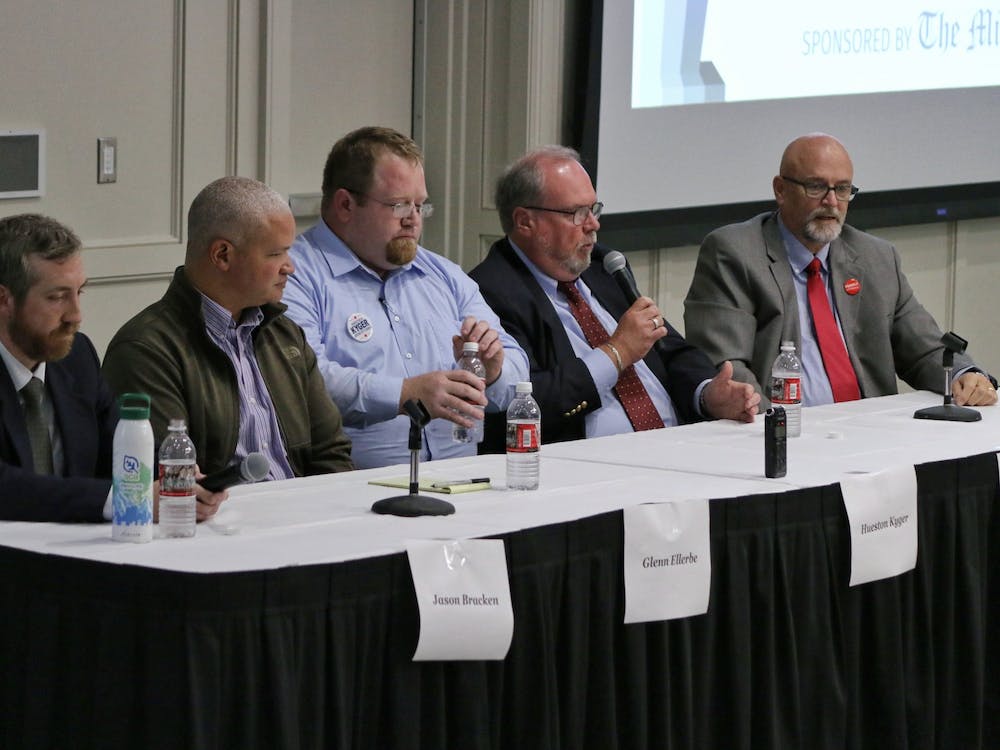 Five candidates answered questions about the most pressing issues in Oxford at the second-ever Oxford City Council debate, hosted by The Miami Student. 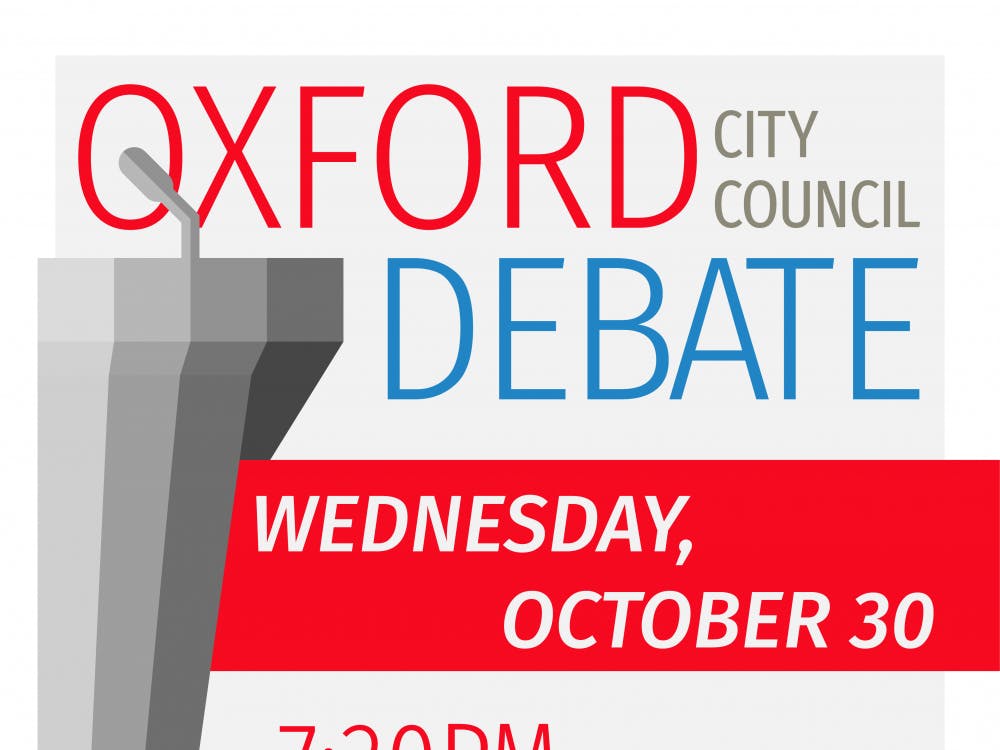 The thrills of local politics