It is said that there are three topics of conversation people should always avoid discussing: money, religion and, perhaps the most controversial of all, politics. And yet, those topics always seem to come up.

With Thanksgiving fast approaching and Election Day fresh on the minds of Americans, many families dread the political discussions and fights with extended family that come with the holidays.

I have seen my friends, extended family, teachers and even strangers openly debate each other on the state of the country. I hold no doubts about the potential negative strains political disagreement can have on a relationship.

I see this strain between two of the most influential people in my life — my parents.

Being a political science major, it’s hard not to discuss the material I’m learning in class with my parents. However, I always feel a sense of hesitancy before bringing up something I know will ignite a fiery debate.

When I’m at home, I’m used to a constant struggle for the remote every night as the channel flips between Fox News and MSNBC. It’s almost like my parents are living in two separate worlds.

Popular issues raised during the nightly news will lead to heated arguments between my mother and father at the dinner table. While I occasionally chime in, I normally sit in silence and let the choice words fly.

A consensus is rarely reached. My parents separate themselves from each other to cool down.

Though my parents apologize to each other after explosive arguments, I can’t help but feel there is always a lingering tension. I am left dreading the next argument, wondering what the catalyst will be.

It is much harder for me to understand the current relationship between my parents now that I am away from home.

However, I don’t recognize the distance as a bad thing.

While I do experience homesickness, being a college student has allowed me to better reflect on how my family’s situation compares to those around me. I have been able to explore my own political beliefs, away from the influence of my parents.

There is an accepted belief that children tend to inherit their political views directly from their parents, but developing one’s views is more complicated than just familial association and perceived politics.

But, if you live within a family that engages in political discussion more often, you’re more likely to make a correct assumption about the political leanings of a parent.

I am confident I know the party affiliations of my mother and father. I have been exposed to their views more times than I can count because of the political discussion that occurs in my house. They’ve also explicitly told me where their loyalties lie.

The study also reported that only when a child felt truly supported and connected to a parent did they have a higher chance of adopting their political beliefs.

A study conducted by Elias Dinas published in the British Journal Of Political Science, children are more likely to adopt their family's political views when politics are important to their parents.

I identify more with the liberal beliefs of my mother than I do with my father’s conservative beliefs. This is not because my father supports me any less. I think it is because my mother is more involved in the political process than my father, who is typically much more private concerning voting and endorsement.

My mom actively pushed me to get involved in politics. She encouraged me to volunteer for a presidential campaign and protest at peaceful rallies like the 2017 Women’s March in Dayton.

These experiences have helped me to grow and shape who I am as a civically engaged individual.

Though it certainly isn’t pleasant to witness your parents disagree, I’m thankful that I grew up in a household that exposed me to differing viewpoints and debate. It’s helped me to understand the importance of examining all sides of an issue, as well as to develop my own beliefs and passion for the political process.

In order to maintain a civil discourse concerning politics in this country, it is important that we engage in debate and discussion. It can be difficult to listen to opinions that you disagree with, but it is even more difficult to pretend they don’t exist when those opinions are held by many in our country and influence the nation’s political landscape.

If I learned anything growing up, it’s that you don’t need to agree, but you do need to listen. 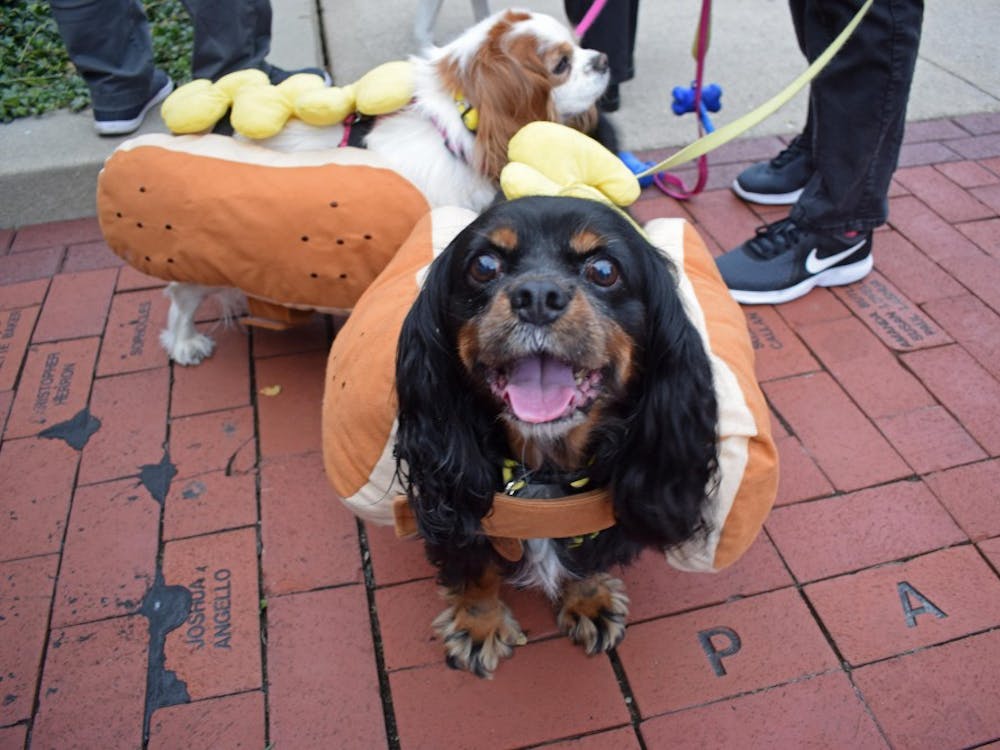