Hockey goes on the road to claim first series win

Fortune smiles in the form of just one game below .500 for Miami University hockey.

After an overtime tie on Friday, the RedHawks (2-3-2) shutout Colgate (1-4-2) on Saturday night, earning their first series win in the young season.

Coach Chris Bergeron’s boys outscored the Raiders, 5-3, over the weekend, while senior goaltender Ryan Larkin stopped 29 shots en route to his sixth career shutout and first of the season.

With the team still in the process of feeling out their new coach, fans should be on the lookout for what is new:

Through the first couple games, the penalty kill was the Achilles heel for the ’Hawks.

Even after cleaning up some mistakes, a power-play goal ultimately put the nail in the coffin during the second game against Ferris State back on Oct. 19.

However, there is hope. Miami kept Colgate from taking advantage of its power play over the weekend, with the Raiders going a combined 0-for-7.

The flip side of that coin is Miami hasn’t scored a goal when it has a man advantage since the first game in the Ferris State series and have converted only three of their 27 chances all year (11 percent). This also included the RedHawks’ own 0-for-7 stint on the power play.

It has started to come down to priorities of what the team want to see fixed first: scoring on the power play or killing off the penalty?

‘We need most everybody contributing’

Bergeron’s words summarize the key idea of how this team could be successful going forward.

The tie on Friday left a bit to be desired, with almost twice as many players posting a negative plus/minus than a positive.

Saturday fixed past sins and had no one in the negative. The only downside from Saturday was a 20-27 deficit in the face-off circle; a little price to pay when Larkin was as sharp in net as he was.

More positives came as every one of the Miami goals throughout the weekend had at least one person assisting. Senior wing Gordie Green and junior forward Casey Gilling posted multiple assists on Friday.

Sophomore forward Monte Graham also contributed his first goal of the season toward the win on Saturday.

Larkin definitely earned himself some bonus points with Bergeron after Saturday’s performance in goal.

The senior goaltender hailing from Clarkston, Michigan, got off to a less-than-reputable start to the season, but has made a valiant effort to turn the ship around in his last three starts.

Over that stretch, Larkin has allowed only six goals while stopping 82 of 88 shots faced and earning his first shutout of the season.

Larkin has trimmed down his goals against average while elevating his save percentage back up to 89 percent. 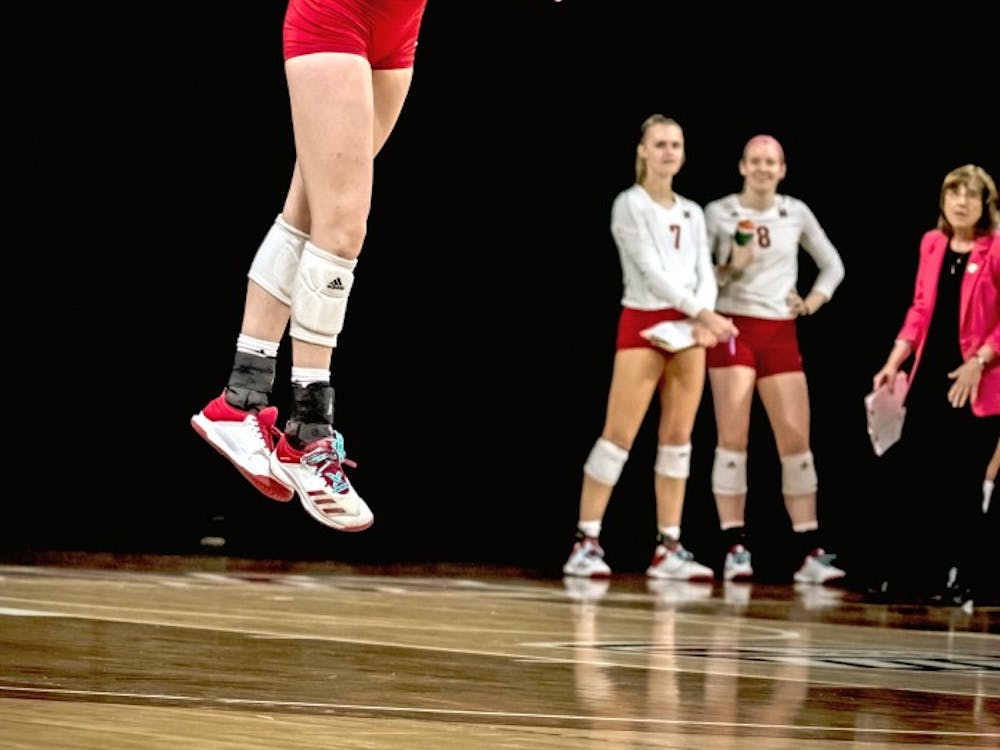 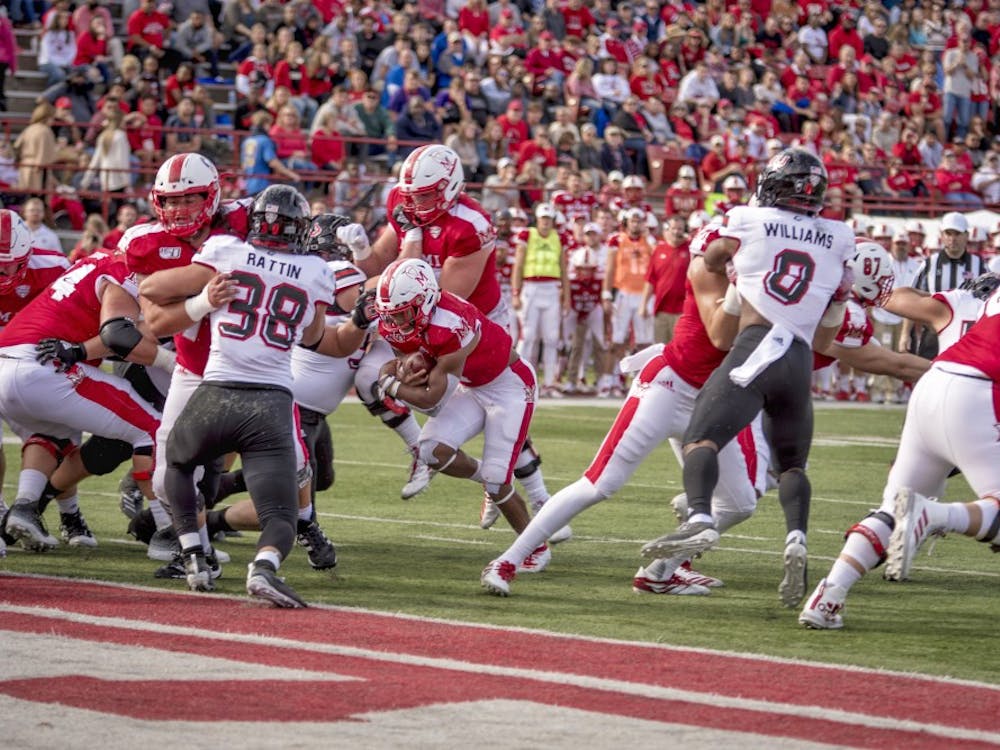 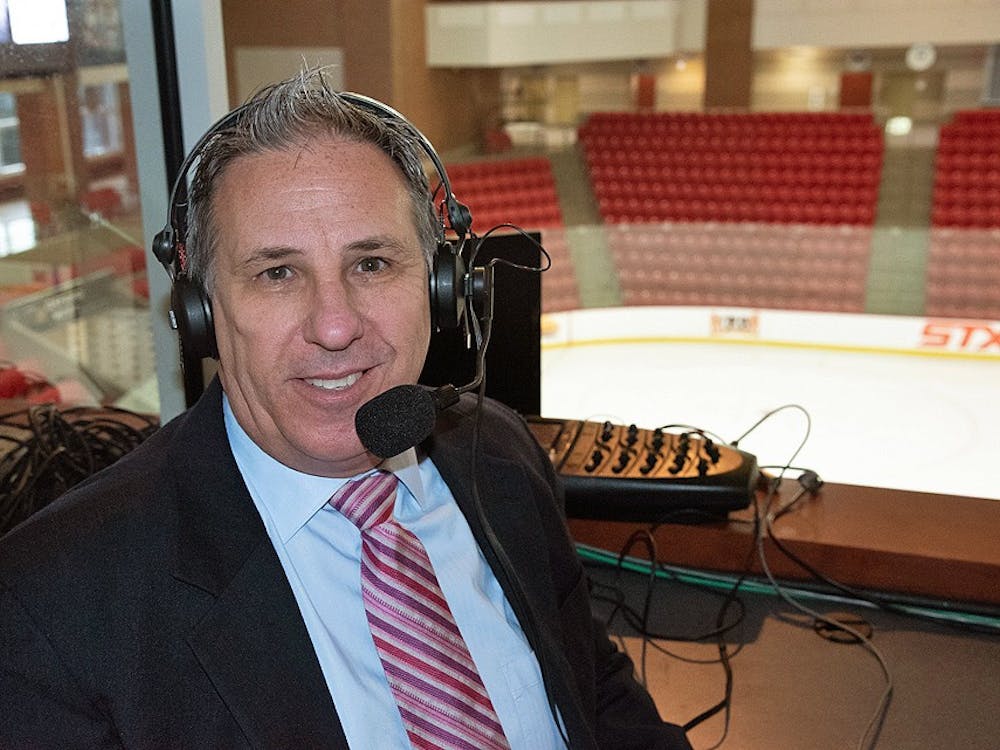 Above the ice, behind the microphone: Greg Waddell goes to work

Greg Waddell became a hockey play-by-play broadcaster for Miami in 2006, the first year the Goggin Ice Center opened, and coincidentally, while current head coach Chris Bergeron was an assistant coach at Miami.