On Friday, Sept. 20, the smell of empanadas, tacos and numerous other tasty foods filled the air.

The city of Oxford rang with the sounds of guitars, laughter and even a few farm animals as it welcomed the 17th annual celebration of the UniDiversity Festival.

The festival, held in Oxford’s Uptown Memorial Parks, gave students and community members alike the opportunity to experience a taste of different cultures. It also kicked off a month full of activities centered around the National Hispanic/Latinx Heritage Month at Miami University.

Sept. 15 is the first day of Hispanic Heritage Month, the start of celebration and pride for Latinx people everywhere and a time to come together and embrace who you are and where you came from.

The festival began with an address from Oxford’s mayor, Kate Rousmaniere, who chose to deliver a Spanish introduction, followed by an English translation.

“This celebration of Latin cultures is of special meaning to Oxford, because here in this community we always welcome and enjoy and learn about different cultures,” Rousmaniere said.

Then the mic was handed to Pamela Ianiro, Miami senior and President of Unidos (the Latinx organization on campus) who gave a brief summary of everything the festival had to offer.

Festival-goers sat in the grass for the night’s first event, watching Amazon John and his Silly Safari, where live animals, including a small kinkajou or “honey bear,” and a Boston Terrier, performed tricks and a few lucky toddlers got to interact with the talented creatures, too.

Though many eyes were focused on the performances on stage, there was still plenty to do around the park.

Food trucks caught the eyes of many hungry visitors, where they could experience the cuisine from different countries like Mexico, Jamaica, Colombia and Venezuela without leaving the comfort of their own backyards.

Booths lined the lawn providing a space for Information Fair, which consisted of local community organizations based out of the greater Cincinnati area as well as Miami programs. All were eager to share information about Latino and Caribbean communities in the U.S. and to explain how to get involved in their volunteer services.

Su Casa Hispanic Center, a non-profit division under the Catholic Charities, was one of the many groups available to those who attended the festival.

“We aim to serve, enlighten and empower,” said Esther Maria Claros Berlioz, one of the many volunteers at Su Casa, on their efforts to help immigrants. “There’re so many misconceptions about the countries of origin from whence they come, that it’s wonderful to have dialogue between communities so we can dispel those myths.”

The whole event, brought to the community by UniDiversity’s program planning chair holder and director, Jacqueline Rioja Velarde, is something that Miami students look forward to every year.

Her favorite part  about the festival? “People, people, people!” Rioja Velarde said. “As I walk, people will stop me just to talk about how much they enjoy it.”

Events like these can serve as ways to better Miami and Oxford’s diversity efforts.

“I think they had this festival my freshman year, but it wasn’t nearly as publicized as it was this year,” senior Sami Hausserman said. “I have noticed on campus that there are more diverse events for people to go.”

As the sun went down, the party continued, and the sound of the band dissolved into the night.

Those interested in getting involved on or off campus can find more information on Unidos on the Hub. 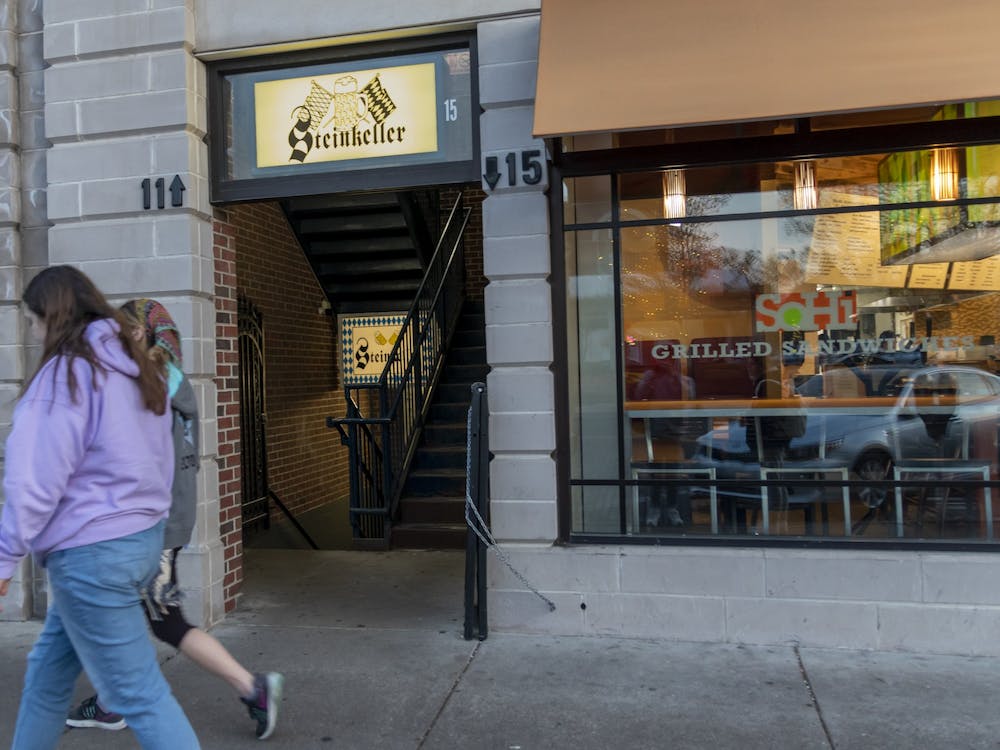 A night with half-priced schnitzel – and fantastic schnitzel at that – creates the perfect atmosphere for anyone looking to enjoy a nice night out with a healthy serving of hearty German food.