A crowd of roughly 200 people crowded the Phi Delt gates after Mega Fair on Wednesday, Aug. 28, carrying signs with messages of acceptance. Soon afterwards, the group began marching across Miami University's campus chanting "1, 2, 3 smash white supremacy" and "power to the people; no human is illegal."

Miami students, faculty and supporters participated in this action against white supremacy, which was organized by the College Democrats, Unidos, Black Women Empowered and Spectrum. They walked from the Phi Delt gates to Roudebush Hall before gathering around the seal for a candle-lit vigil. The whole night was meant to honor the victims of the Dayton, Ohio and El Paso, Texas shootings in early August.

The two shootings occurred within 24 hours of each other, taking the lives of 32 people. Many thought the El Paso shooting was motivated by white supremacy, as a large portion of the victims were Latino, and the shooter drove close to the Mexican border to carry out his crime.

The action against white supremacy march came in the wake of signs posted around campus earlier in the week advocating for the white supremacist organization Patriot Front. Similar signs were found last spring.

There was another march held on Miami's campus approximately two years ago in the aftermath of the Charlottesville, Virginia white supremacist rally, which resulted in the death of Heather Heyer. Nearly 300 people came to Miami in support of this effort.

Senior Adrian Radilla, a co-director of Wednesday's event and president of College Democrats, said that the time not to be racist has passed, and it's now time to be actively anti-racist.

"White silence equals violence," Radilla said. These words also carried through the academic quad, as marchers chanted them on their march.

Students of many different ethnicities and backgrounds took to the Roudebush Hall steps to give their testimonies. These testimonies told of struggles with inequity and fear for their lives. One student, Victoria Negron, described the feeling of having never spoken to her grandmother because her family would not teach her Spanish for fear of ridicule. Another student, who didn't give a name, told of her fear of bringing hispanic friends to Butler County because of the number of friends she's lost here due to deportation.

After these testimonies, a student in a red make America great again (MAGA) hat took the stage.

Martin Fehringer, who considers himself to be a conservative independent, wore his MAGA hat to the march and went on the steps to thank everyone for allowing him to join them. Fehringer said he is a Trump supporter and is against white supremacy.

"I thought that going to the event, if nothing else, might foster unity between the right and the left," Fehringer said.

Fehringer said that he found that many of the chants during the march had little to do with white supremacy and went against his political beliefs, but that he was still glad to have come to support. Fehringer said that attempting to find common ground is better than nothing.

Fehringer found the event to be overall welcoming to his support. He said that he did receive a little bit of criticism but that he was pleasantly surprised by how welcomed he was.

After Fehringer's address, the event organizers passed out candles and led the march to the seal. Surrounding the seal were 32 candles which represented each of the 32 lives lost in the Dayton and El Paso shootings. There was also one candle placed in the center of the seal to represent all people who are affected by white supremacy and gun violence in America.

After the reading of the 32 names, junior Brandon Small led the group in a singing of Amazing Grace. At the end of the night, they observed a moment of silence for the victims.

"It means a lot to me that students are aware of the issue, and I just want to come out and support that," said Jerome Stanley, a professor from Miami's music department who attended the march.

Stanley said that he has no concern about future Miami students' willingness to continue to fight for equality. Stanley said he forwarded information about the event to some acquaintances in the community and was happy to see some leaders from some of the local churches in attendance.

Senior Clara Guerra, a co-director for the event, said these marches allow people a space to grieve and stand up for what they believe in. She is a graduating senior and said she hopes to pass the torch to another generation of activists.

"I'm not a public speaker; I'm just a person who is tired. It doesn't take much," Guerra said in regards to her hope that more underclassmen will decide to speak up in the future. 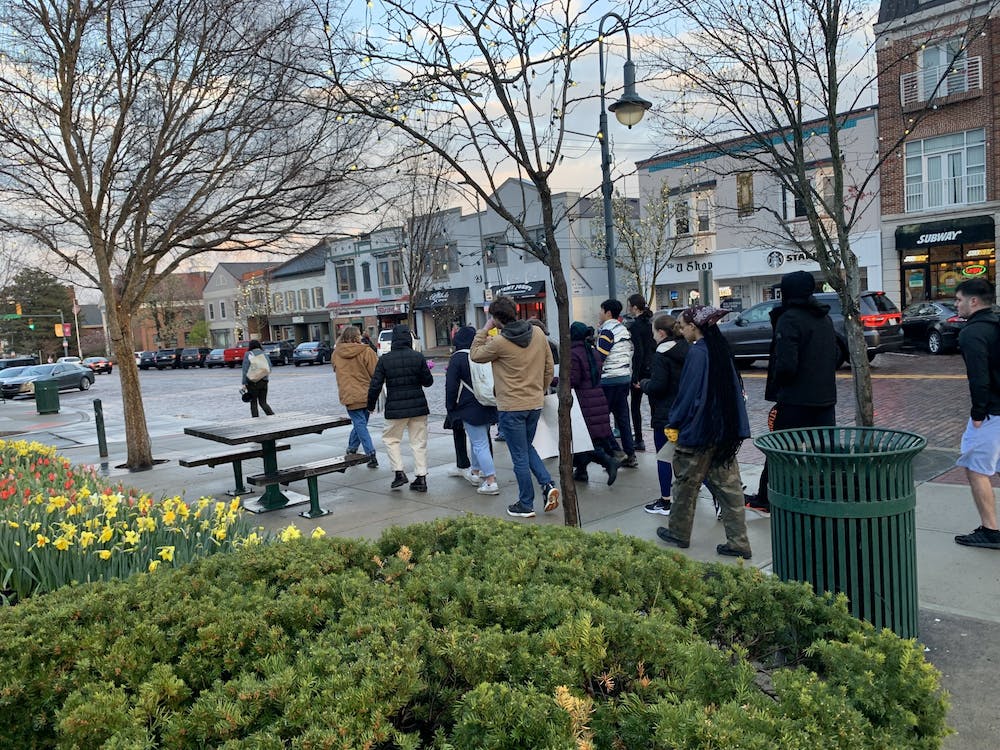