Kunkel, Seeberg and Worrell served as attorneys, and Campbell, Hooker, McAllister and Shelton were witnesses. All seven received All-American distinction, the highest honor for individual competitors.

"Team 1050 only existed to go to nationals," said Neal Schuett, head coach of MMT. "We wanted to maximize competitiveness and expose some of our younger members to the seniors' experience."

AMTA selected 48 out of 714 mock trial teams from across the nation to compete in the National Championship Tournament.

The teams were divided into two divisions, with four three-hour rounds per division. The rounds went through the entire trial, with teams serving as both the prosecution and defense two times each.

Three judges per round decided a winner.

The team with the most wins from each division advanced to the final: Miami with 11 from the Minneapolis Division, and Yale with nine-and-a-half from the St. Paul Division.

A panel of seven judges served as the jury for the final round, with an additional judge presiding over the trial.

Three judges sided with Yale, the prosecution. Four sided with Miami, the defense.

"I don't know how many beats my heart skipped," Campbell said.

"We didn't think it was a slam dunk," Kunkel said. "Yale came prepared with an excellent team."

"It was surreal," Seeberg said. "Even when I talk about it now, I get emotional. That feeling is absolutely something I'll never forget."

"That moment was pure ecstasy," Schuett said. "As a competitor in college, I'd won two championships. As a coach, I wanted to give that feeling to my students."

Team 1050 had less than a month to prepare for the tournament. It received an entirely new case in late March after working on one case since August. The case contained 150 pages of witness affidavits, case law, motions, orders of limone, stipulations and evidence.

In the three-and-a-half weeks of preparation, Team 1050 practiced Monday through Thursday evenings and occasionally on the weekends. Sometimes, the team would be up together past 4 or 5 a.m.

"It was definitely daunting at first, but I knew we could do it," said Seeberg, who also serves as MMT's president. "We have an amazing coaching staff and competitors who push us to that next level."

It's not just the hard work and extra time put in that took 1050 to the next level. Team 1050 is, by its members' admission, one of the closest teams in MMT history. Kunkel, Seeberg and Shelton live together, and have known each other and fellow senior Worrell since their first year at Miami.

"These are the closest people in my life," Kunkel said. "We care about each other as people and as competitors. That's what I think sets us apart."

"The feeling of sitting shoulder-to-shoulder with them is something I still struggle to put into words," Seeberg said. "We told ourselves, 'If we win nationals, we're getting tattoos.' And now, we've got a tattoo appointment this week."

The coaches and competitors foster a family atmosphere within mock trial.

Members are sorted into houses named for those in the "Harry Potter book and movie series: Gryffindor, Hufflepuff, Ravenclaw and Slytherin. These houses give members the opportunity to make connections with other members who are on different teams.

The connection to MMT extends beyond years spent at Miami. Many members of the coaching staff attended Miami, and the group has an extensive alumni network.

"Our alumni Facebook group was on fire during the championship live stream," Schuett said. "It's so nice to have such a supportive group for the students to lean on."

Despite eight seniors graduating, MMT looks to continue its success in the 2018-19 season.

"We've got the best coaching staff in the nation, the best leaders the program's seen in a long time and a lot of time put in by everyone on the team," Campbell said. "Those are the things that not only lead to a national championship, but those things are what make it mean something." 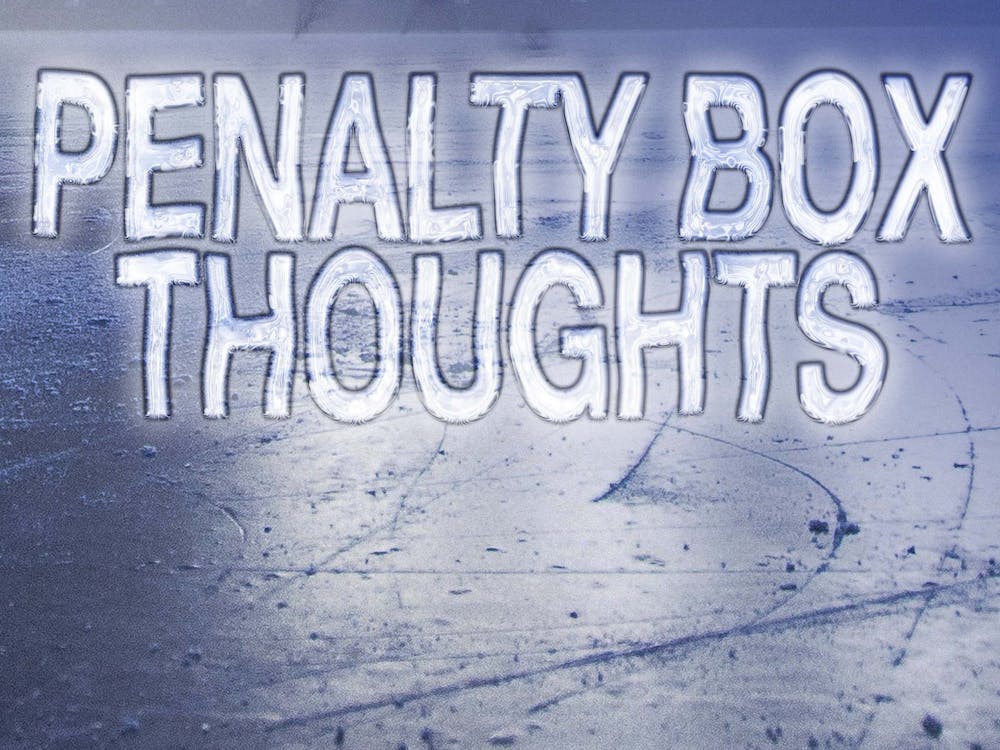 This episode, Patrick and Jack sit down with Ludvig Persson and Hampus Rydqvist, current Miami teammates and best friends who know each other from back home in Gothenburg, Sweden. The episode also includes a review of last weekend's series against Michigan State and a preview of this week's slate against Bowling Green.