Dayton's Oregon District is usually known for its nightlife, but the historic part of town is also worth an afternoon visit.

It's a Saturday or maybe a Sunday. Hopefully, it's drizzling, because no other weather will feel more natural when you duck into Neon Movies for a matinee.

The independent movie theater has only two screens, so your options are limited, but you'll likely catch a film that hasn't appeared on the marquees of your average first-run cinema.

In the next week, that might mean a flick about a femme fatale falling in love in Liverpool in 1978, or a showing of this year's Oscar-nominated animated shorts.

At the snack bar, you'll pay a shockingly reasonable price for popcorn and a soda that isn't bigger than your face, because it's the Neon -- and we watch "films" here, not "movies." It would be pretentious, except it isn't, not at all. The seats are uncomfortable and the screens are relatively small and the staff treats every customer like a regular.

You don't recognize any of the films advertised in the previews.

After the show, you decide to browse the shops down Fifth Street. Before the movie, you parked behind a row of bars with varying degrees of seediness. It only cost $3 to park for 12 hours, so with 9-and-a-half hours of parking time to spare, you don't have any reason to not step under the yellow awning of Omega Music.

Inside, you find a wide, but not overwhelming, selection of new and used records, CDs, cassette tapes and 45s. You flip through the boxes of bargain options that sell for 49 or 99 cents each. As you're flipping through the musty cardboard sleeves, you notice a crate of packages wrapped in plain brown craft paper.

Each package has the same label: "Omega Grab Bag, 10 vinyl records, $3.99." You pick up the second-to-last one in the stack and buy it, because, boy, that's a steal.

You walk a little farther down the street and pass a small archway off to one side of the street that reads, "Oregon District."

The origins of the Dayton neighborhood's name are relatively unknown, but they're deep -- 19th century deep. The first mention of "that part of the city known as Oregon" was in an 1845 issue of a local newspaper.

Right now, the area is a particularly interesting mix of the shabby and the stylish. A shop of carefully curated clothing, accessories and home goods, Heart Mercantile, moved into a Fifth Street storefront a few years ago.

It's the kind of place that has a "Come in, we're awesome," sign on the door, a wide selection of heather grey Ohio-themed t-shirts and random rotary dial telephones scattered around for decoration. It's lovely and it smells lovely and it looks lovely. Maybe you buy a scented candle with a quirky name or a pennant that says "Happy Camper."

Maybe you don't, though, because boutique shopping isn't really what you drove to Dayton for, is it?

When you emerge from the boutique, you look to your right and see the street's trademark sex store, Exotic Fantasies. It's the kind of place that unabashedly displays its wares up front, visible through the shop windows, and writes unpunctuated, seasonally-themed messages on its marquee sign ("WE GOT LUBE SLIDE INTO SPRING").

It's funny, but maybe a bit much for a Sunday afternoon, so you find your in-between: Feathers, a vintage shop that is a decades-old Oregon establishment.

When you walk in, the man behind the counter is talking on his cell phone.

"I'm playing Ray Charles right now," he says into his phone. And he is. It's "I've Got News For You."

He puts down the phone and asks if you're looking for anything in particular, which of course you aren't because you're not quite sure what this store is doing, selling stacks of old photos of Dayton's trolley cars and hideous 80s prom dresses and a suitcase full of old action figures.

You can hardly move around because the store is packed like your grandma's basement (and sort of smells like it, too), but the items are so strange and the music is so good that you lose at least half an hour paging through old postcards and sifting through racks of corduroy jackets.

After all the browsing, you need some energy before you drive back to Oxford. So, you walk down to the traffic light and turn left until you smell the coffee.

It's coming from Press, a specialty coffee shop with high ceilings, calming wood accents, bright lighting and tastefully-tattooed baristas. It's the kind of place that you've definitely seen before in another industrial-urban area.

Your best bet is the in-store mug -- batch coffee for just a buck. Today, the self-serve carafe tells you it's Colombian with notes of vanilla, cherry and lemon with a syrupy body, which sounds nice and fancy but it just tastes like a good cup of coffee, and that's more than OK.

It's strong, so you're buzzing after the first cup as you step outside of the shop, tucking your grab bag of Omega records under your arm.

You realize you still have another 7 hours of free parking left, and you wonder, "What's showing at the Neon tonight?" 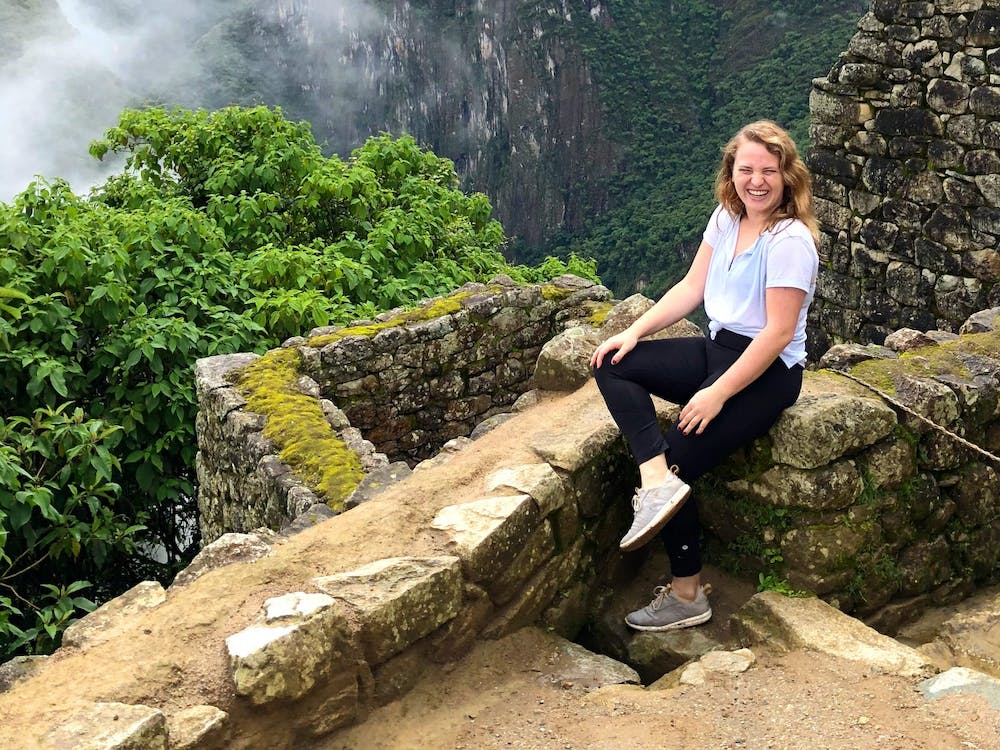 “Tiene hambre?” Are you hungry? I snapped back to reality after spacing out as I watched a group of four and five-year-olds jump rope.  “Sí, claro,” I said offhandedly. Of course I was hungry, all I’d had for breakfast was pancito — bread, made cuter with a -cito tacked on the end — with strawberry jam. And it was nearly 1 p.m. Juan opened his camouflage lunch box and rummaged around for a moment before he found what he was looking for. He handed me a mango, first inspecting it to make sure the small dent in its skin hadn’t damaged the inside of the fruit.  Suddenly, I felt the need to hold back tears.

Over the past couple of weeks, I’ve found it challenging to answer why I decided to go to Montréal in early January. The most truthful version is that I wanted to go somewhere over break, and my friend Charlotte suggested Montréal.