MU veterans' memorial to be built on campus

By Grace Moody, The Miami Student

Nearly 200 years ago, a group of Miami students in the Reserve Officers' Training Corps (ROTC) received uniforms to go fight in the U.S. Civil War. Together, these students walked to the Oxford train station. From there, they took the train to Cincinnati to split up: some going to the north and some the south.

Miami has approximately 8,000 graduates who are military veterans, 2,200 living graduates of the Naval ROTC program and more involved in the current ROTC program.

To recognize and honor these veterans - past, present and future - the ROTC Alumni Organization is creating the Miami University Alumni Veteran's Tribute to be installed on Miami's Oxford campus.

The tribute will be built between Campus Avenue Building and Wells Hall. It will recognize and honor between 8,000 and 9,000 Miami alumni who have served in all five branches of military service. Of those thousands, approximately 160 were either killed in action (KIA) or missing in action (MIA), according to David Lawrence, a 1964 Miami graduate and Navy veteran.

Lawrence and fellow Miami graduate and Navy veteran Dave Miller have been working together, along with a committee of fellow alumni veterans, to plan the tribute.

The initial idea, Miller said, stemmed from four years ago when he brought it up to the ROTC Alumni Organization.

"We delved into the history of Miami University and found that we didn't have anything instrumental in recognizing the history of our country, both in veterans' service, as well as their own sacrifices of lives to our country," Miller said.

The tribute will serve as a focal point of Miami's campus, Miller said.

"These people have served our country to make Miami an idyllic place that we all enjoy but we really don't recognize, perhaps, what it takes to make that happen," Miller said.

The project was truly energized when Rowan Hall, a 1946 building that housed the Navy ROTC program, was repurposed as the Shade Family Room in the Armstrong Student Center, Lawrence said.

Two anchors, currently placed on the front of the Armstrong Student Center, create a small memorial to alumni graduates who were KIA or MIA.

"From that impetus it said, 'Why just do this for the navy?'" Lawrence said. "'Why not do this for all Miami alumni veterans?'"

Miller and Lawrence's goal is to create a tribute for not just those veterans who were KIA or MIA, but all Miami alumni veterans, living and dead, past, present and future.

"The fundamental purpose of the idea, since it has grown from a simple memorial, is the fact that over the centuries, Miami graduates have made a significant contribution through years of service," Lawrence said. "And this is a way to acknowledge that and honor the service of 200 and some years of Miami alumni who have served and will serve."

First-year Joshua Smith said the tribute will serve as a thank-you to the Miami alumni veterans for their military service. Smith joined the army in 2010 after he graduated high school.

"I think the tribute is a great idea," Smith said. "It's nice to see that Miami is taking a recognition to those students."

Robert Keller, a recently retired architect for Miami, created the concept for the tribute's design.

The tribute will consist of a flag at the center and a design at the bottom that will incorporate a spiral to encircle the flagpole. Certain charters of freedom, such as the Constitution, Declaration of Independence, Bill of Rights and the military oath, will be displayed on plaques, according to Lawrence.

"All Miami alumni will be recognized on the kiosk, but there will be a special area on the tribute that will recognize those who were KIA or MIA - those that have given the ultimate sacrifice for our country," Miller said.

The footprint will include a five-pointed star, each representing one of the five branches of the U.S. Armed Forces: Air Force, Army, Coast Guard, Marine Corps and Navy.

The tribute will also feature electronic kiosks with a computer database to list all the known names of Miami alumni veterans. Guests of the tribute will be able to find each veteran's name in the kiosks. The number of veterans included in the kiosk is projected to be between 8,000 and 9,000.

A group of graduate students in the History Department is working to find all Miami alumni veterans and determine the exact number. In addition, the alumni association is working to have people self-identify themselves, parents, grandparents, or any other relatives who served in the war, Lawrence said.

The tribute is privately-funded by donations from Miami families, volunteers and Oxford community members.

Senior Director of Development for the College of Arts and Science Evan Lichtenstein is leading the initiative to help raise money. The projected cost of the tribute is $650,000.

Lichtenstein said half of the money has already been raised through direct mail, individual solicitations and volunteers.

The goal is to dedicate and unveil the tribute on Veterans Day - November 11, 2017, Lichtenstein said.

"I think the fact that it is past, present and future incorporated makes it an ongoing thing that has vitality and relevance both looking backwards and current and forward," Lawrence said. "Not many things seem to do that." 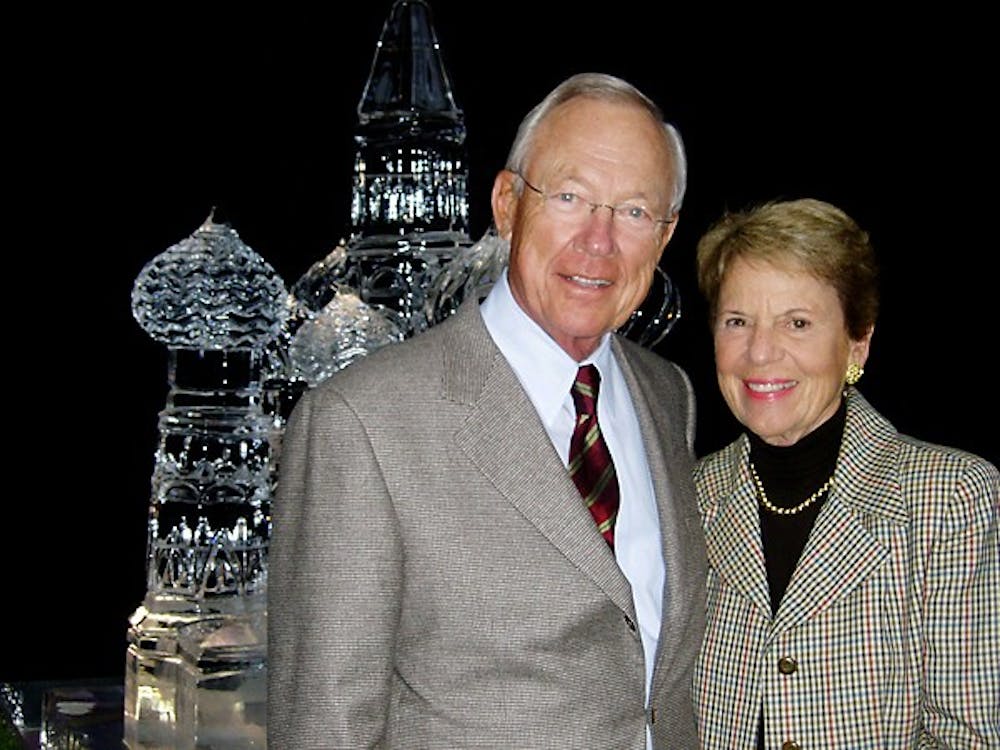 Miami to require masks indoors regardless of vaccination status

Miami University will require face coverings indoors for all faculty, students and staff on campus regardless of vaccination status, beginning Monday, Aug. 9. Unvaccinated students will be subject to COVID-19 surveillance testing.