True Life: I am a College Student with Disabilities

First things first: I have a very rare neurological disorder (as in 50-cases-in-the-world rare) that renders me unable to feel pain, temperature and touch in the same way most people do. I don't have reflexes and can't regulate my own body temperature. I'm deaf.

I also can't do things like tie my own shoes, wake up on my own, button a shirt or coat, walk very far without getting winded, and eat in public without being extraordinarily self-conscious about how messy I am.

Did I mention I just moved away from home?

I'm a first-year journalism student at here at Miami, and my college experience thus far has certainly not been typical.

For starters, some of my struggles begin with waking up in the morning.

Even though I wear cochlear implants -- essentially bionic ears -- during the day and function very well with them, I can't hear anything when I take them out at night, so a traditional alarm clock doesn't work for me. Neither do the vibrating bed shakers typically used by people in the Deaf and hard-of-hearing community -- that I owe to my severe case of Restless Legs Syndrome.

During first semester, I had a service dog that I was training to be able to wake me up each morning and alert me to emergency alarms at night. Having just gotten the dog last summer, I had to learn how to take care of, and be responsible for, another living being for the first time -- not to mention grappling with my own independence.

Unfortunately, the hours I poured into working with my dog to teach her how to wake me up in the morning, instead of studying or participating in extracurricular activities, wound up being in vain; the training process just didn't pan out, and when I moved back to Oxford at the close of J-term, I was forced to send my dog back so that she could help someone else instead.

I'd been planning to rely on my dog to wake me up each morning when I moved in last fall, and was forced to punt when it became clear that wouldn't work out. Since August, I've had to resort to other methods of getting up for classes -- right now, I'm working with a volunteer team of engineers about the possibility of rigging up a series of strobe lights to force my eyes open in the morning. For the first two weeks of the semester, my parents took turns driving two hours every day just to come wake me up. Luckily, I've since been able to hire a few girls in my residence hall to pick up the slack.

As you might imagine, my transition to college hasn't been the smoothest. There have been several occasions on which my wake-up call didn't show up in the morning -- through human nature, say, getting sick or oversleeping -- causing me to miss my 11:30am. And then there was the time I was shaken awake by a concerned paramedic at 4:30 in the morning because I was kicking the wall in my sleep and waking up my neighbors. Or the lovely afternoon when my dog decided the middle of the first floor of Armstrong would be a perfect place to defecate.

Because of my disabilities, I sometimes have to work a bit harder in the classroom. For instance, I use CART open captioning during classes; it's like a court stenography system. I sit next to a professional captionist who types what the professor is saying in real time.

Many times, I'll miss a word or two of what is said in discussion, and often have to focus twice as hard in order to participate in my classes.

But the thing is, I expected nothing less. (Well, OK, maybe a tiny bit less.)

I've relied on BCRTA's Paratransit service to get home after a meeting - not because I've had an eventful night out on the town, but because my body simply won't allow me to walk more than a block at a time. I've fallen asleep in class - due to my Restless Legs Syndrome not granting me a moment of REM sleep each night, not because of some rager the night before. Instead of gaining the infamous "freshman 15", I've lost it, thanks to my digestive issues.

Against (seemingly) all odds, I've dealt with a handful of mini-crises since moving in six months ago -- as has every other first-year student I know. When I stop to consider, it occurs to me that my college experience, at its core, hasn't been too far out of the ordinary.

From late-night cramming sessions (or, more probably, Netflix bingeing) to Chipotle runs to lazy afternoons with friends in the dorm and periodically agonizing over my future, I'm pretty much like any other 19-year-old whose world is expanding as she starts to discover what adult life is like. 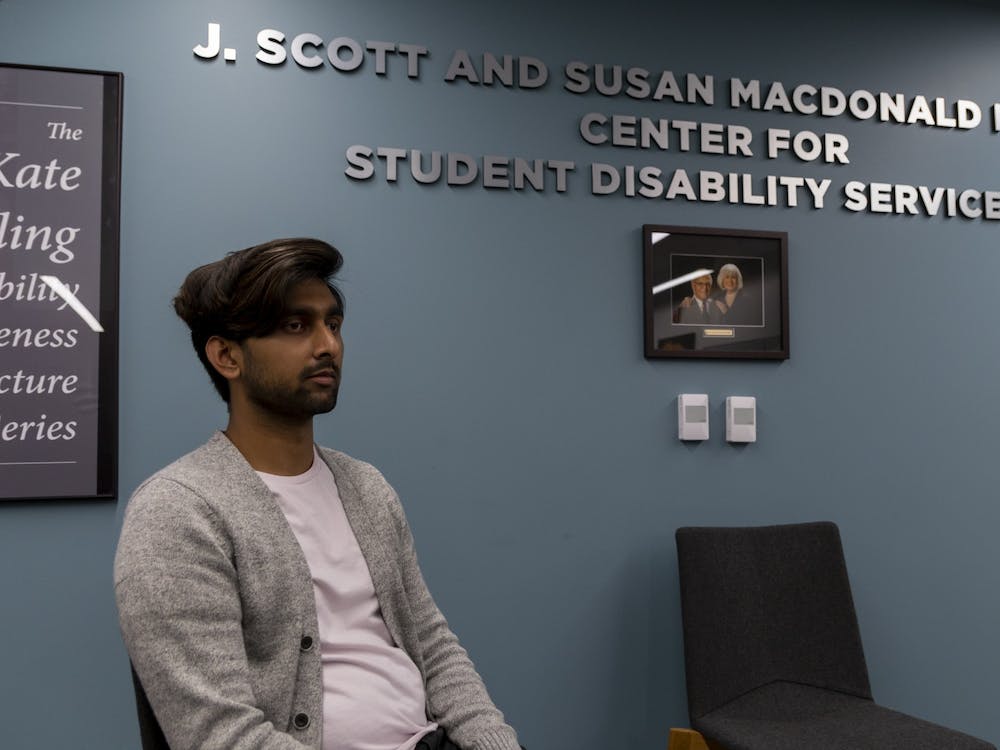 How college works when your arms bend backwards

If I asked you to picture a student with disabilities, chances are you probably would not envision me.

On this episode of Behind the Brick (BTB), your new host Anna McDougall introduces herself, explains why she chose Miami and discusses her future plans for Behind The Brick.