A high-energy physicist by day, an acclaimed author by night, 25-year-old Tote Hughes visited Miami University to read from his prize-winning novella, "Fountain," on April 13.

"It is a novella with a lot of ideas and people talking about weird things," Hughes said. "It is a good kind of weird, and it can come across very funny."

Hughes grew up in Denver, Colorado, received his undergraduate degree from the University of Chicago, and now studies high-energy physics for his Ph.D. at the CERN lab in Switzerland, where he tries to isolate "unknown" particles such as dark matter.

"Science is cool, science is great, and it definitely has had an influence on my writing," he said.

Hughes has nurtured a passion for both science and writing throughout his life, and said he finds that each interest complements the other well.

It took a few years for Hughes to write "Fountain", his first substantial work, whose shorter length met the requirements for the Miami University Press Novella Prize. This contest, which the Miami University Press founded 10 years ago, is one of the few of its kind to offer publication, marketing, and reviews to a novella writer, according to creative writing professor Joseph Bates.

"This is one of the only prizes in the country that publishes the novella as a standalone book," said Bates, who judged and chose Fountain as the winning submission last year. "Publishers for a very long time had no idea what to do with a novella. They're very concerned with the bottom line, and they believe full length-novels are the way to go … We wanted to give a novella author the opportunity to have his or her work published as a standalone book rather than being absorbed in a larger work."

Bates added that the Press receives hundreds of submissions from all around the world each year for the contest. Hughes, for instance, submitted his work while he was in Switzerland. He said he stumbled upon the contest when he saw an advertisement in a magazine, and it immediately piqued his interest.

"I thought it would be a really cool way to get published for the first time," he said.

Senior Samantha Edmonds, an editorial intern at the Miami University Press, helped edit the winning submission after it was chosen. She said she loved the peculiarity and metaphysical humor Fountain employs.

"I loved "Fountain,'" she said. "When I first read it, I was really confused by it, but the more I read the more I fell in love. It's a crazy story, but it is so good."

Hughes said he was ecstatic when he learned he had won the contest, and "Fountain" would be published.

"It was actually weird because the day before, I was outside of Chicago with my father, we went to the Hemingway Museum there, and while we were there, he took a picture of a rejection letter from Hemingway and sent it to me. And the day after I did that, I found out I had won the prize," he said.

A year after winning, Hughes visited Miami University and read excerpts from "Fountain" to a crowded Shriver Bookstore. He said his experience writing a novella prize winner has inspired him to continue pursuing his passion.

"Now I am working on a full-length novel, and it will be just as interesting as 'Fountain,'"he said.

The Miami University Press publishes poetry, poetry in translation, novellas and books about Miami University. Recent titles include: "Monetized," which received praise from The New Yorker; "Hafez: Translations and Interpretations of the Ghazals," which was awarded the 2014 Lois Roth Persian Translation Prize; and "Finding Freedom: Memorializing the Voices of Freedom Summer," which provides detailed information about the Freedom Summer monument on campus. More information at miamioh.edu/mupress or @MiamiUPress.

Author of the novel that inspired the Broadway hit "Wicked" came to Miami to give a lecture about the role reading and writing has played in his life. 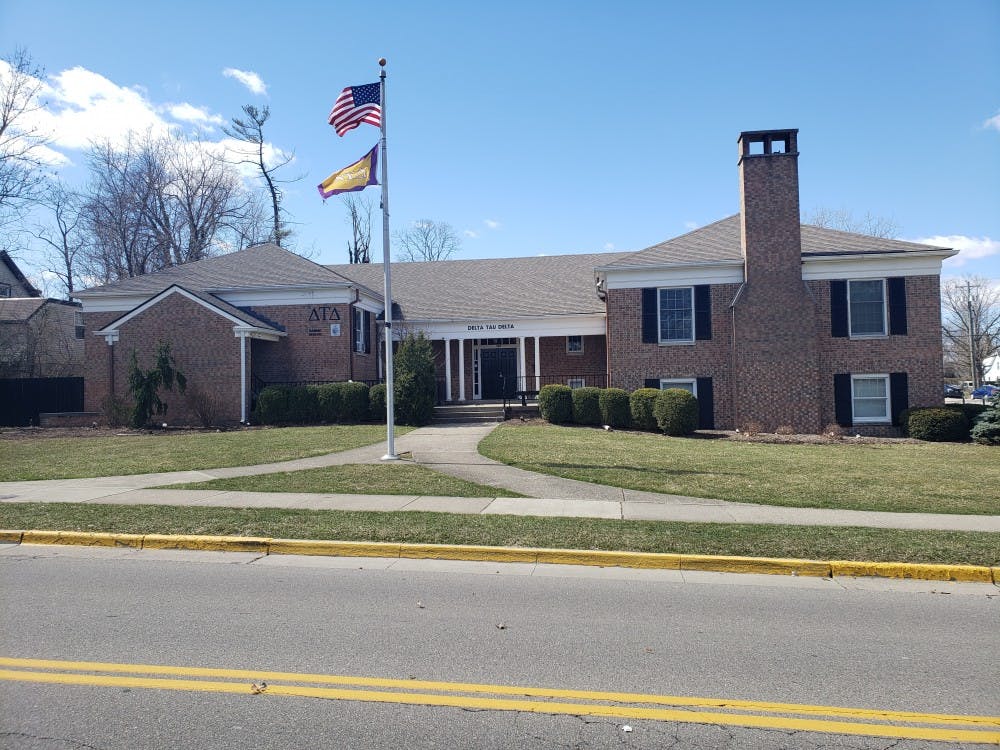