Sophomore linebacker Matthew Salopek has spent his whole life playing football. Since the first time he put on a helmet as a first grader, Salopek has won.

He led Archbishop Hoban High School in Akron, Ohio, to four consecutive state championships. He was a part of the 2019 Miami RedHawks team that won its first Mid-American Conference (MAC) championship in nine years. And now he’s led Miami back to another bowl game.

Salopek shined in Miami’s comeback win over Ball State. He led the defense in tackles.

It’s become a frequent occurrence to hear the announcer say, “tackle made by 15, Matthew Salopek,” at Yager Stadium and across the rest of the venues of the MAC.

The strange thing is, Salopek didn’t come to Miami to play linebacker. Salopek made the jump from safety to linebacker last season due to injuries. He said the switch to a brand new position wasn’t easy.

“I’ve been playing safety for my entire career, so I didn’t really know anything about [playing linebacker],” he said. “There was a lot of learning curves, but eventually towards the end of the season I kind of got the hang of it.

Salopek learned to play safety in high school at Archbishop Hoban. His coach, Tim Tyrrell, wanted Salopek to play the position so he could be the leader of the offense. Tyrrell said Salopek had an incredible football IQ, even at an early age.

“When it was all said and done, he's probably the smartest player we've had,” Tyrrell said.

Salopek said Tyrrell had a huge impact on his life, both on and off the field.

“He was a great life lesson guy,” he said. “He’s the one who… gave me my first chance to actually play in a high school game.”

Tyrrell said that’s just a part of his coaching strategy.

“My coaching philosophy is… to prepare high school kids for the next level,” he said. “And just to prepare them for life.”

Anyone can agree that Salopek’s switch to linebacker paid off. Salopek led the RedHawk defense with 51 solo tackles and finished second with 109 total tackles. He also finished sixth in the MAC in total tackles last year before finishing in fifth this season.

Being one of the oldest and most experienced players for Miami this year naturally pushed Salopek into a leadership role. He said that he and fellow linebacker Ryan McWood split leadership duties.

“We love to lead by example,” he said. “I’m more of the vocal leader… and McWood’s more of the… example guy. We love to talk and have fun with the guys.”

This is far from a new role for Salopek. Tyrell said Salopek became captain of his high school team in his junior year.

“He was a confident young player,” he said. “He had the leadership quality… even at a young age.”

Connecting and leading players is not simply good team football for Salopek. He said he loves football because it brings people together in unique ways.

“You got people that come from all different backgrounds and places around the country,” he said. “You're all brought into a locker room and you learn how… to bond with each other and play with each other.

Salopek is able to lead by example off the field as well. He is a finance major at Miami, and he earned Academic All-MAC honors last season. He said he takes pride in excelling in class.

“I love being in the business school,” Salopek said. “You meet a lot of good people in there, and [you] build a lot of good connections.

Salopek’s goal for football is clear. He said he doesn’t plan to stop playing anytime soon.

Salopek will lead Miami against University of Alabama-Birmingham in the Bahamas Bowl on Friday, December 16, at 11:30 a.m. EST.

Gabbert, who won a MAC championship as a true first-year in 2019 and sits sixth all time for Miami in career passing yards and touchdowns, is expected to draw interest from multiple power five programs.

On Tuesday, in spectacular fashion, the RedHawks punched their ticket to paradise. The RedHawks will face off against the University of Alabama-Birmingham (UAB) Blazers in the Bahamas Bowl on Friday, December 16, at 11:30 a.m. EST. 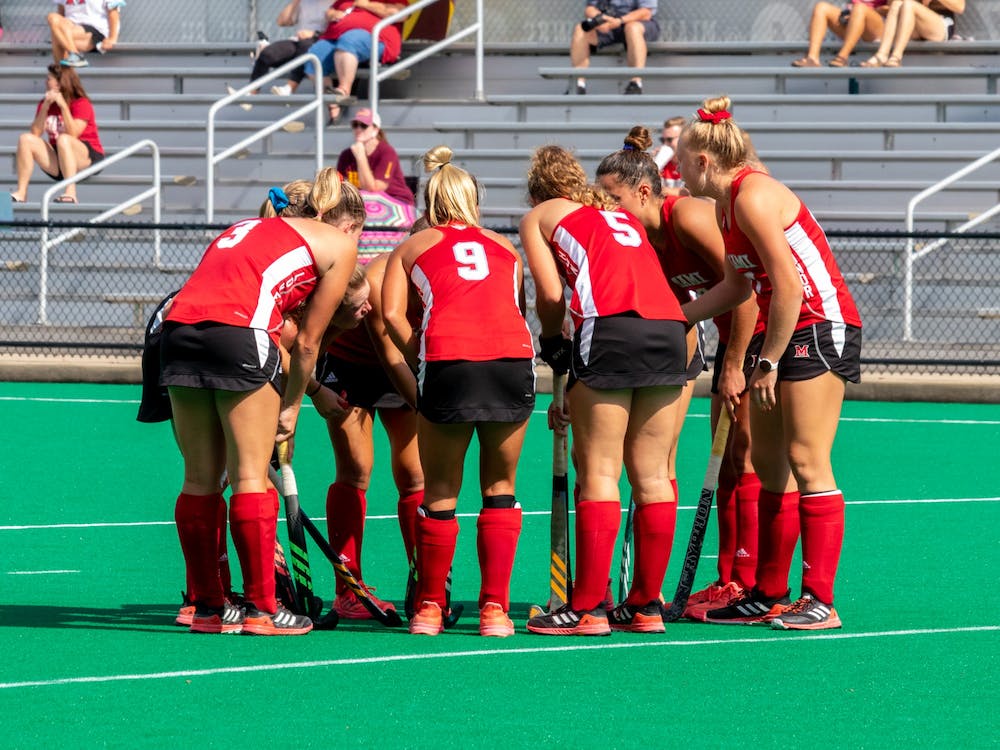 Miami field hockey has won five straight MAC titles, both regular season and tournament. Head coach Iñako Puzo has built a great roster through the international ranks and a great culture in Oxford.