The Miami University community is grieving the loss of Allyson (Ally) Anne Webb who died on Nov. 5.

Webb, a sophomore anthropology major, lived in Hamilton Hall and died that morning.

“We are heartbroken to lose this member of our community and send our condolences to our student’s family and friends,” Ashlea Jones, director of executive communications, wrote in an email to The Miami Student. “At this time, our priority is to provide support for our community.”

Webb was a member of the Alpha Omicron Pi sorority.

Nov. 5 was the first day of sorority sprites dates. Sprite dates are days when potential new members visit the sorority suites to meet the members and learn more about the sorority. Kim Vance, director of the Center for Student Activities, said Alpha Omicron Pi was not participating in the sprite dates, but other sororities housed in Hamilton Hall were.

Vance was in Hamilton Hall when she looked out the window to see emergency vehicles surrounding the building.

“I looked out the window, and I saw several police cars right in front of Hamilton and blocking the service driveway that goes to the trash cans,” Vance said. “Then, I looked to the side, and I saw the van that said ‘coroner’ on it.”

Despite the tragedy, Vance said Panhellenic did not stop sprite dates and continued the event until 2 p.m. The second day of sprite dates, Sunday, Nov. 6, was canceled.

“We didn’t stop sprite dates because … it would have been not good to say everybody has to leave because that would have drawn more attention to what was transpiring,” Vance said.

In addition to being an active member of the sorority, Webb was a hardworking student. She was on the President's List each semester﻿ and was working towards becoming a consultant for Miami's writing center.

In a notice that was posted by the university to MyMiami, her family shared that "Ally loved school and learning, and was going to change the world."

Vance said the cause of death has not yet been determined but hopes it is confirmed soon.

“Quite honestly, that’s one of the pieces of information that we wish we could share because there are so many rumors, and things that I can tell you are blatantly false are rummaging around out there, and that’s hurtful,” Vance said. “That’s hurtful to the family; that’s hurtful to friends.”

One of Vance’s concerns is the social media response to the tragedy. She said she was surprised to hear about some of the comments posted online.

“I never expected that people would take to social media to just make assumptions, cast aspersions, spread disinformation, false information, speculation that has not been confirmed, and then make judgments about what other people may or may not have done,” Vance said. “I never would have expected that, and I’m so thoroughly disgusted.”

In an email to The Miami Student, Jayne Brownell, vice president for Student Life, wrote she understands the want to learn more information, but the university is respecting the family’s request for privacy.

“We understand the desire to know more, but when we do lose a student, we always work to honor the wishes of the family about what information is shared,” Brownell wrote.

Student Counseling Services is hosting numerous therapy sessions for the Panhellenic community and residents in Hamilton Hall. Miami’s Office of Residence Life is working with students who feel uncomfortable living in Hamilton Hall to move to a different dorm.

Brownell encouraged any students struggling with loss to seek help through Student Counseling Services and the 24/7 H.O.P.E. Line.

Anyone who wishes to send their condolences to the family can visit the Haller Funeral Home website. ﻿In lieu of flowers, the family has asked for donations in Webb's honor to The Wildflower Legacy Foundation -- a nonprofit organization in remembrance of her niece, Hatti. 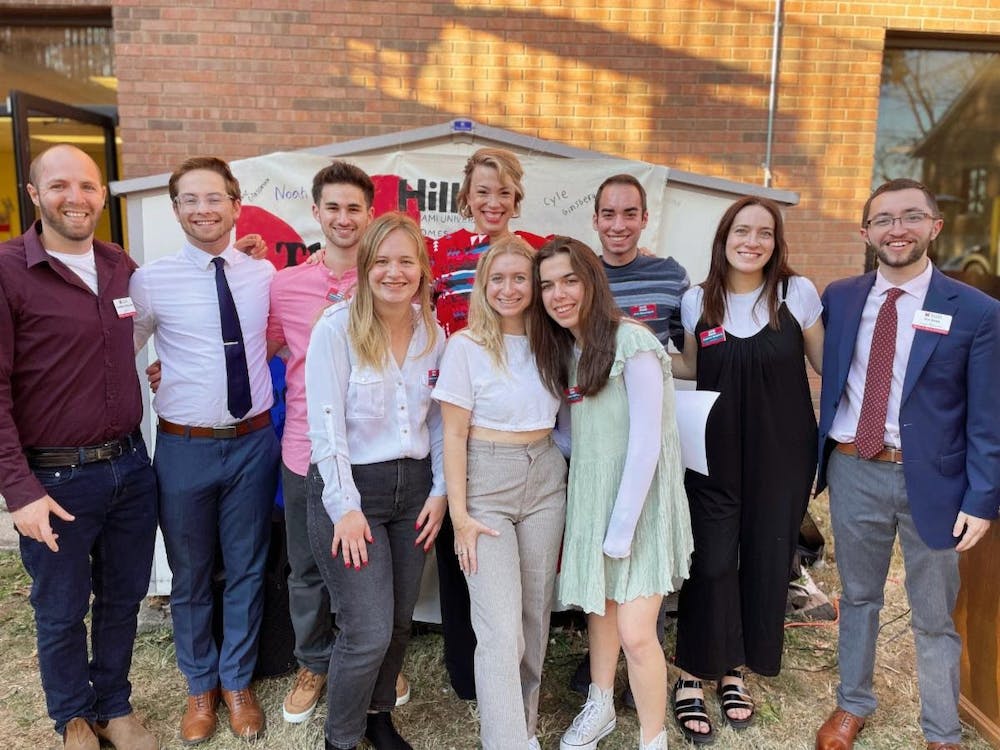