The Code of Love and Honor reminds every Miami University student to welcome and accept a diversity of people, ideas and experiences.

Miami field hockey embodies these values. The team has had very successful seasons in recent years: it has been a consistent champion of the Mid-American Conference (MAC), and the team has appeared in the NCAA Division I Championship for four straight years. The team consists of players not just from across the nation, but across the world.

The Miami field hockey team is led by Head Coach Iñako Puzo. With a conference record of 58-15 in his time at Miami, Puzo has been the most successful field hockey coach in Miami’s history. His success has earned him an overall record of 130-100, five MAC Coach of the Year awards, and five MAC tournament championship victories. Puzo, who grew up in Spain, was previously an assistant coach for the University of Virginia and Ohio State University before arriving at Miami.

Puzo says field hockey is played across the world, and as a coach, he needs to expand his vision to find the best players to fit the team’s culture. According to Puzo, recruiting international players to Miami isn’t as hard as you might think.

“You sell the Miami academics, the Love and Honor, the idea of the Miami diploma, the commitment of the professors, the safe place of Oxford, and the feeling of community at Miami,” Puzo said. “There are a lot of selling points for Miami University.”

“I reached out to the coaches, expressed our interest in their program and school, sent out our game times, our positions, our graduation dates, and hoped the coach would come out and watch me play,” Workman said.“After that, we communicate back and forth until a decision is made.”

According to Workman, the more you put yourself out there, the better chance you have of being recruited. After all the work is done, it becomes a waiting game. Madison didn’t commit to Miami until March of her senior year.

“The recruiting process is long,” Madison said, “but once it was over, I realized I made the right choice with Miami.”

“I sent out many emails and did a lot of talking with coaches,” Mata said. “One of my coaches put me in contact with Coach Puzo, and he came to Spain to meet with me. That’s when I realized that I wanted to go to Miami.”

Miami has players from all over the world on its roster. Argentina, Canada, Catalonia, Germany, the Netherlands and Spain are all represented in the RedHawk locker room. Field hockey differs from country to country, which affects each player’s play style.

“Field hockey in the U.S. is much more physical than in Spain,” Mata said. “Field hockey in Spain emphasizes the technical skills of the sport. In the U.S., physical conditioning and lifting are more important.”

“Ice hockey is obviously our biggest sport,” Workman said. “I didn’t even know field hockey was a sport until high school. People in the U.S. start playing earlier, but I didn’t start playing until I got to high school.”

Because the players have such diverse backgrounds, one would expect the team to not get along. It would be difficult for players to connect. However, this has not been the case for the field hockey team.

“Getting along with everyone is lovely,” Workman said. “One word I would use to describe this team is family. At first, I was homesick. I missed home so much, and I struggled for the first few months. But once I started getting closer to everyone, it was like a second family.”

Coach Puzo doesn’t find it difficult to get the players to work together.

“The value of this team is culture,” Puzo said. “This is Miami Field Hockey, and it is a welcoming culture. If you bring the best of yourself here, we’ll respect who you are.”

International players take time to adjust to life at Miami and in the U.S.

“I like the people in the U.S.,” Mata reflects. “Everyone is nice, even strangers. When I had a torn ACL, anytime I was walking in airports and in public, everybody would ask how I was doing and what happened. In Spain, no one would really do that.”

Last year, the field hockey team made history and progressed to the Sweet Sixteen in the NCAA championship, where they lost in heartbreaking fashion 2-3 to the University of Michigan. The RedHawks are hoping to build on this momentum and continue their success.

“I think we can achieve more than we did last year,” McHale said “But it’s tough to look towards the future. It’s one step at a time. Right now, our priority is to win the regular season.”

On Nov. 4, Miami hosted the 2022 MAC tournament. The RedHawks won the tournament title for the fifth straight season.

“We have created a very competitive team, and we can challenge every team in the nation,” Puzo said. “The goal of the field hockey team is to close the gap between the top teams in the nation. The players are ambitious.”

This year, the RedHawks lost again in the sweet sixteen of the NCAA tournament, this time to No. 2 Northwestern in a shootout. 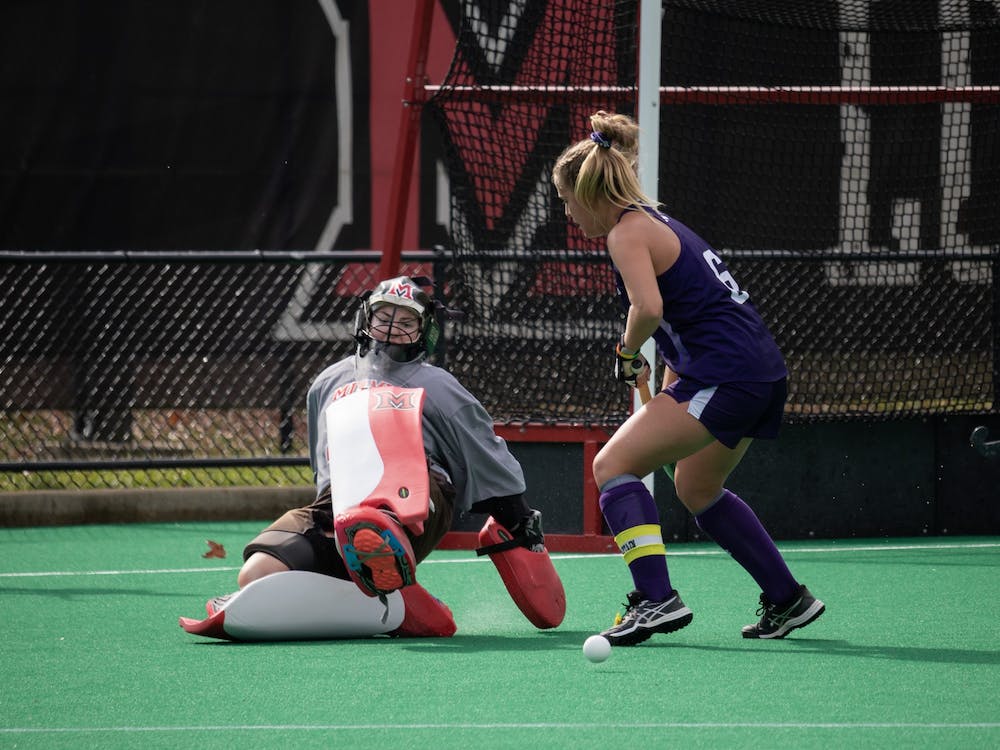 Isabelle Perese capped off an impressive Miami career with her best season yet in 2022. The RedHawks season ended last weekend when they lost a heartbreaking game to Northwestern. Perese has an extra year of eligibility due to COVID. She doesn't know if she'll use it yet. 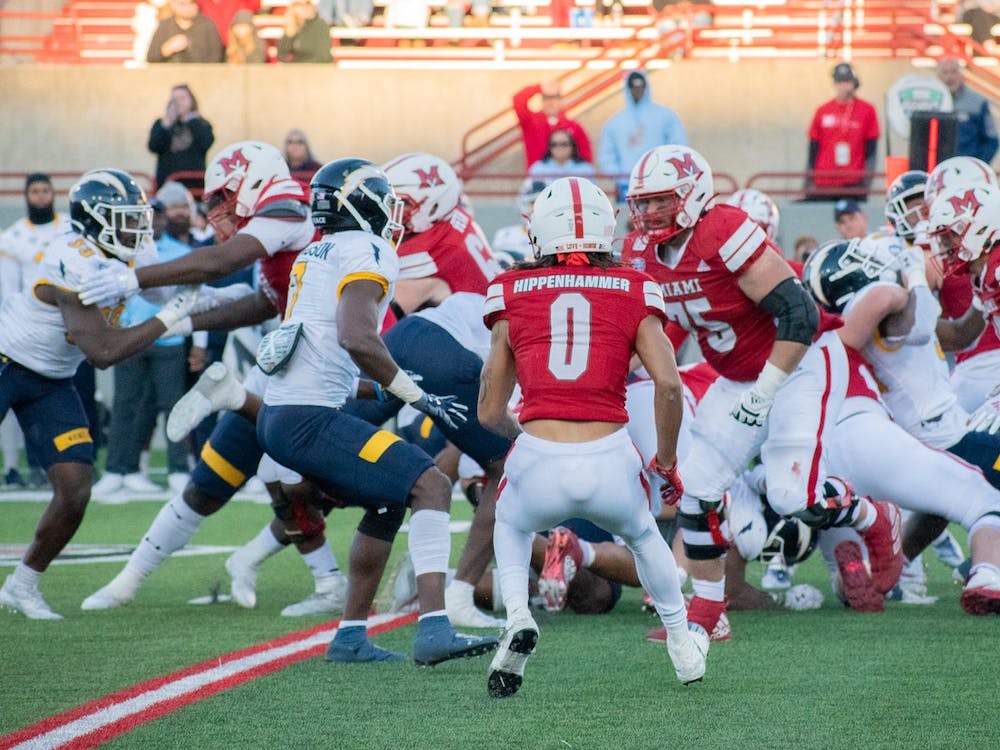