It’s only year two… Why am I already having an identity crisis?

You know what they say: in college, you’ll figure out who you are and what you want to do for the rest of your life. But honestly, I think that’s far from the truth. If anything, college has made me have an identity crisis.

Sure, college has a plethora of majors and minors that are supposed to help gear you towards your destined future. And yes, this might be pretty encouraging if you go into college without the slightest idea of what you want to study.

But with so many options, it’s so overwhelming.

How am I supposed to know what I really want to do when I don’t even have time to try out everything? What if I spend every semester up until my last studying something I thought I wanted but it turns out I don’t?

These kinds of thoughts haunt me every day.

I went into college knowing that I wanted to study journalism — I love writing, I absolutely despise math and I love having a creative outlet.

My first semester of college was last fall. I took Sociology of Gender (SOC/WGS 203), and I really enjoyed it. It opened my eyes to sexist bias not only in society but also in the media. This led me to think about adding a women's and gender studies (WGS) double major — which I just did, by the way.

Things seem to have sorted themselves out now, but last fall, I was rethinking everything.

I fell down this rabbit hole of wondering if I should even major in journalism.

“Should I just major in WGS and minor in journalism? Should I replace journalism with a strategic communication or a media and communication major instead? Or what about adding graphic design or film studies?”

I went into my first semester thinking I knew exactly what I wanted out of college, but by fall break, I had absolutely no idea.

My next course of action wasn’t crazy or innovative in any way: I just talked to my academic advisor. We decided that I should take both journalism and WGS classes spring semester to help me make up my mind.

Honestly, that felt like such an easy solution that I must’ve been crazy to ask for help. But really, I’m one of those people that just needed some kind of  plan more than anything else.

And asking for help is never a bad thing.

My next semester went well. I took an assortment of classes relating to journalism and WGS. I felt more confident about my first idea to add a WGS double major. Unfortunately, I did take an anthropology course and started thinking what-if’s again.

But, honestly, I think that’s part of it. Some of your mind is always going to wonder, “What if?”

I could never in a million years be a woman in STEM, but part of me does wonder what it would be like. I probably will never take a class in Farmer while I’m here, but I do think about that possible businesslike version of me.

You’re probably never going to be 100% certain in any choices you make, especially in college (unless you’re somehow just that sure of yourself).

Deep down, I knew that I didn’t want to stray from journalism, no matter how many other interests I discovered. I was just doubting myself.

It’s scary knowing that your major is supposed to be what you stick with for the rest of your life. That’s a big decision. I’d like to think that the majority of the time, people ultimately do make the right decision.

I know this isn’t always the case, and it may take some trial and error, but you typically end up with something that suits you best.

Plus, college isn’t everything. Plenty of people go into fields not relating at all to their college major after graduation.

This isn’t to say that you won’t have an identity crisis in college because, if I had to guess, you probably will. But that’s okay. It’s okay to make sure what you’re pursuing is what you really want. It’s okay to wonder what a STEM version of you would be like even if you know you could never do that.

I have identity crises almost every month, but I’m finally starting to feel like I’ve made the best decision possible for myself. 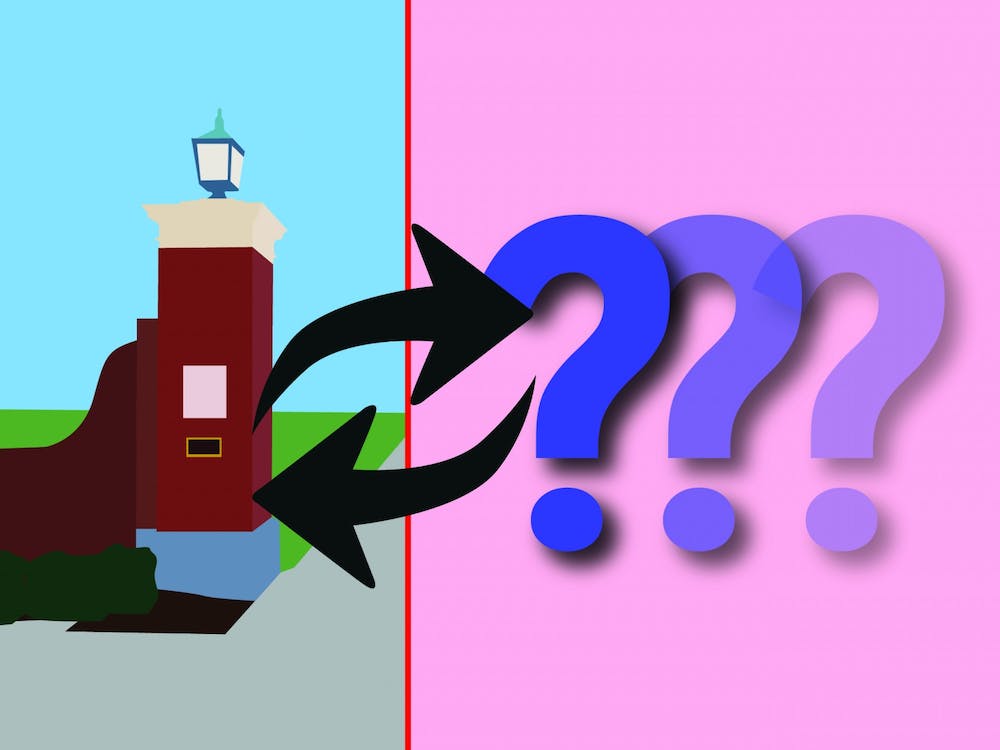