Senior Ryan Savage and his sophomore brother Red Savage have traveled across states, countries and continents all for the sake of the cold ice, fast play and brutality that hockey draws crowds for.

The Savage brothers’ entire lives have been defined by hockey. Their father skated at Miami and went on to play 674 games in the NHL. Three of their uncles have suited up for a professional team. The brothers were practically born with sticks in hand.

Ryan said hockey was the most important part of their upbringing.

“It was everything, basically, to us,” Ryan said. “We both kind of knew from a young age that it was always our dream to come [to Miami].”

In 2021, the brothers played on the same team together for the first time.

The siblings had practiced together before, but finally playing together on the same ice required some adjusting. But by the time the season started, the two were comfortable with each other’s play styles. Red said he always admired Ryan, (who is three years older) when he skated.

“I kind of…looked up to him as  something way bigger than me,” he said. “It's pretty awesome to play together.”

A second year on the ice together should help their coordination. Ryan said their experience helps on the ice because they understand each other’s strengths. He stopped short of saying there was a unique sibling connection.

This could be the last year of the Savage duo on the ice.

Ryan is a senior supply chain business major. He said he has an internship in place for next summer. However, Ryan could take the offer of an extra year of eligibility granted by the NCAA to athletes because of the shortened 2020 COVID-19 season. But he said that decision isn’t his top priority.

Things could look very different for Red as well. The Detroit Red Wings selected Red as part of their 2021 draft. He participated in the teams’ developmental camp last summer. He said he still isn’t sure what jersey he will be wearing next season.

“[I] still would love to come back and play [at Miami], but if they asked me to go play for that assignment, then we'll make a decision,” Red said.

The brothers are focused on the upcoming season. The team struggled last season with a 7-27-2 record, but the brothers are excited to get back out on the ice. Ryan said he’s been impressed with the new recruits for the RedHawks.

“We have a really strong freshman class,” he said. “And I think everyone's just ready to take the next step.”

Both Savages play offense with Red playing center and Ryan managing the wing. They expect to see their fair share of ice time together.

RedHawk fans should enjoy the brothers while they can, because they might be elsewhere next season.

At least, until the next Savage comes along.

The young core that carried Miami hockey last season still remains. Hopefully, with experience from last season, Miami University’s young guns will be able to get over that third-period hump and restore “The Brotherhood” back to its rightful place at the top. 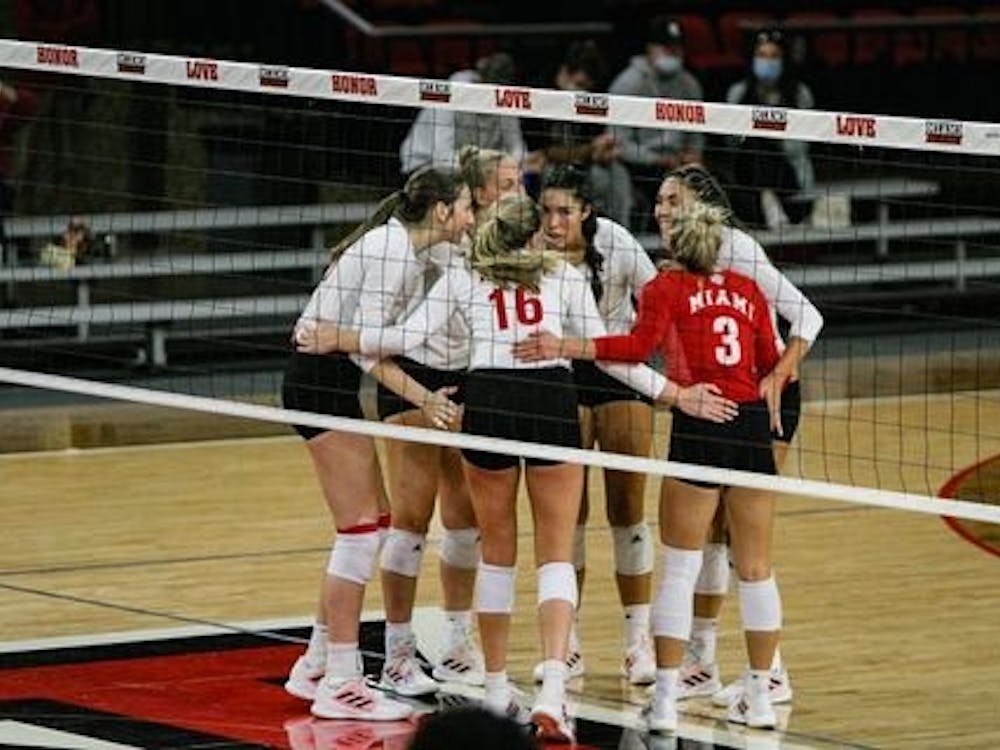 Miami Volleyball season preview: What we can look forward to in the 2022 season

Having finished third and fifth respectively in the Mid-American Conference the last two years, Miami volleyball is hoping for a breakout season in 2022.