Western Dining Commons was dominated by an atmosphere of growing chatter from a tucked away section just behind the check-in counter. The cause of the commotion: a newly reopened ice cream bar.

Prior to Monday, April 11, the ice cream bar hadn’t been open since 2020 when the pandemic forced its shutdown.

“One of my roommates told me they were opening it back up,” Schonken said, “ … then we talked to one of the people who worked there and he said they were working on getting bowls.”

Schonken was excited about the return of ice cream at the dining hall and said it may be a leverage for attracting students.

“Not a lot of other food makes me really excited about the dining hall, but ice cream really makes me excited,” Schonken said, “ ... I feel like a lot of people do not normally eat at Western, and they’re coming just for the ice cream.”

At the counter was Sam Rabe, a senior computer science major, who had started his shift just over an hour before.

It was 7:15 p.m. when the queue that had been moving like clockwork came to a halt due to a malfunction.

“It’s been crazy busy, and then the ice cream machines both died,” Rabe said, “So now it’s less busy.”

Despite turning away dozens of people in line for this reason, Rabe said some students remained waiting patiently in hopes of the machines being fixed. Among them was Paige Senkiw, a first-year marketing major.

“We’ll stay in line, but I don’t think it'll be much longer,” Senkiw said, “It looks like it’s going through pretty fast.”

In less than 15 minutes, both machines were back in order and ice cream was being served again.

From the entrance, some students ignored the bustling crowd and nonchalantly walked past, while others made a sharp turn to the right and tailed the already-long queue.

Will Fahnestock, a first-year mechanical engineering major, and Jackson House, a first-year economics major, made a swift u-turn to join the herd.

“I had something at Western first,” Fahnestock said, “and then at the end, right before we were about to walk out, we decided to stop and try the ice cream.”

“I actually completely forgot it was here,” House said, “We were walking out and we just saw … It’s the first day it opens, we have to try it.”

The ice cream bar was busy throughout the rest of the evening, even after the dining hall closed at 8 p.m. 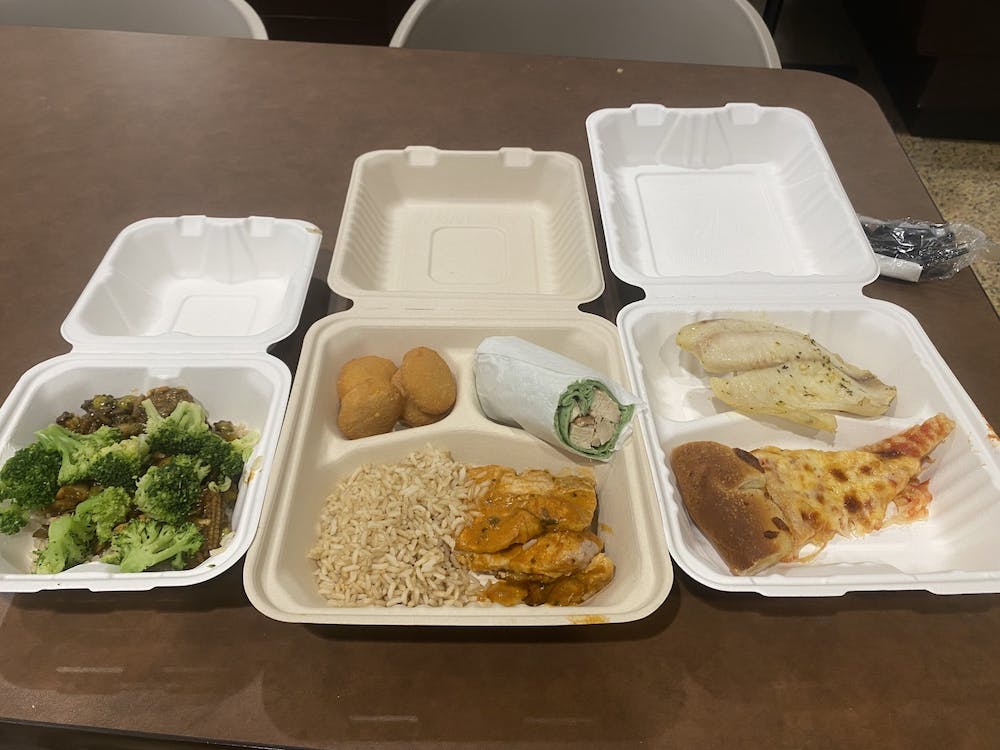