The creation of singer-songwriter and multi-instrumentalist Joshua Tillman, Misty is less an artist and more a persona, a vehicle through which Tillman experiments with different characters, themes and perspectives. Think Gorillaz for disillusioned millennials.

It also makes talking about his music difficult, as identifying whether Tillman or Misty is speaking through a song can be hard to decipher.

For the sake of simplicity: Tillman is the musician, Misty is the mouthpiece.

Throughout the last decade, Tillman has utilized Misty to comment on everything from love (2015’s “I Love You, Honeybear”) and societal ills (2012’s “Fear Fun,” 2017’s “Pure Comedy”) to the effects of getting older (2018’s “God’s Favorite Customer”). His music is often theatrical and occasionally pretentious but always delivered with an ironic wink that suggests even he may agree with those descriptors.

By contrast, “Chloë and the Next 20th Century,” his fifth studio album under Misty’s moniker, is both his least personal statement since “Fear Fun” and his most focused since “Pure Comedy.” It’s sonically gorgeous, occasionally hilarious and bursting with iconography calling back to the previous century, if the title didn’t give that away.

This nostalgic coating is the biggest change to Misty’s folk-rock roots. Tillman has never been afraid to experiment musically, but here he embraces various elements of older, more traditional styles in a way that feels refreshing.

But like everything Tillman produces, there is a cynical edge to the album lying just beneath the surface.

It takes at least until the end of the opening track “Chloë” before the album begins to hint toward its darker intentions. Between the jaunty big band instrumentation and humorous description of the titular character, it’s easy to get the impression Misty is singing a pretty standard and classy love song.

And then at the end, Chloë dies, jumping from her balcony to the tune of “Flight of the Valkyries.”

It’s a sudden and shocking finish, one that sets the tone for the rest of the album as Misty runs through a series of vignettes that find him using nostalgia to cover up the grim realities that his stories exist within.

The second song, “Goodbye Mr. Blue,” returns to the rustic folk sound Misty is known for as he comes to terms with the death of his cat, a poignant moment that feels realistic without being exploitive.

On the other hand, “Kiss Me (I Loved You)” is the one major stumble on the album. Lyrically the song operates as a memory of a since-ended love affair, but the stiff production and distracting vibrato on Tillman’s voice cause the song to drag, even with it being one of the shorter tracks.

“(Everything But) Her Love” is a much better attempt at the longing heartache of the previous song, with a soundscape reminiscent of something that could have been on The Beatles’ “Sgt. Pepper’s Lonely Hearts Club Band.”

It’s still one of the less impactful songs on this tracklist, but fits the aesthetic and tone of the album nicely and leads well into “Buddy’s Rendezvous,” one of the best on the tracklist.

A jazz club number with great saxophone and brilliant writing, the song offers the tragic tale of a father recognizing his own inadequacies and struggling with the idea of passing those onto his daughter. Misty brings the album to an emotional peak here and shows what makes him such a unique figure in modern music.

Misty’s strengths are also demonstrated on the following “Q4,” which depicts a fictional author plagiarizing the life of her dead sister for her own memoir. The production is some of the most upbeat on the album, nicely complementing the biting commentary on exploitation, both in terms of the writer and the publisher.

The fun somewhat continues onto “Olvidado (Otro Momento),” probably the biggest musical shift on the album, with a bossa nova backing and lyrics from Tillman sung in Spanish.

Misty describes a passionate but fleeting relationship, hoping that the two of them can still remember it once it's over. The song yet again deals with two lovers separated by some outside influence, continuing to delve into the unfortunate reality that not everything ends happily.

This gap between people is further explored on “Funny Girl,” a cut that sees Misty falling for a famous comedian who likely doesn’t even know he exists. It reads almost like a solo number from a musical about the 1950s, fitting for an album this in-debt to the sounds of the era.

“Only a Fool” brings the sound back to a traditional singer-songwriter folk vibe, lyrically exploring similar themes to “Olvidado.” It’s pleasant, but arguably non-essential, especially as the album heads into its strong final stretch.

“We Could Be Strangers” is easily one of the darkest songs on the album, portraying the final moments of a couple dying in a car crash. Haunting but captivating, the track acts as the natural conclusion to the various tales of separated lovers before the closer, “The Next 20th Century.”

Sitting at nearly seven minutes, the final song reintroduces the major themes of the album over some of the best production it has to offer. Atmospheric percussion, heavy horn hits and an excellent electric guitar solo accentuate Misty’s delivery, as he reveals the message of the album: the past and present are one in the same, and no one can hide from either’s problems.

This revelation recontextualizes the nature of the album’s nostalgia for a past era, serving as the perfect finale to an overall quality album and leaving listeners with plenty to think about in its final words. 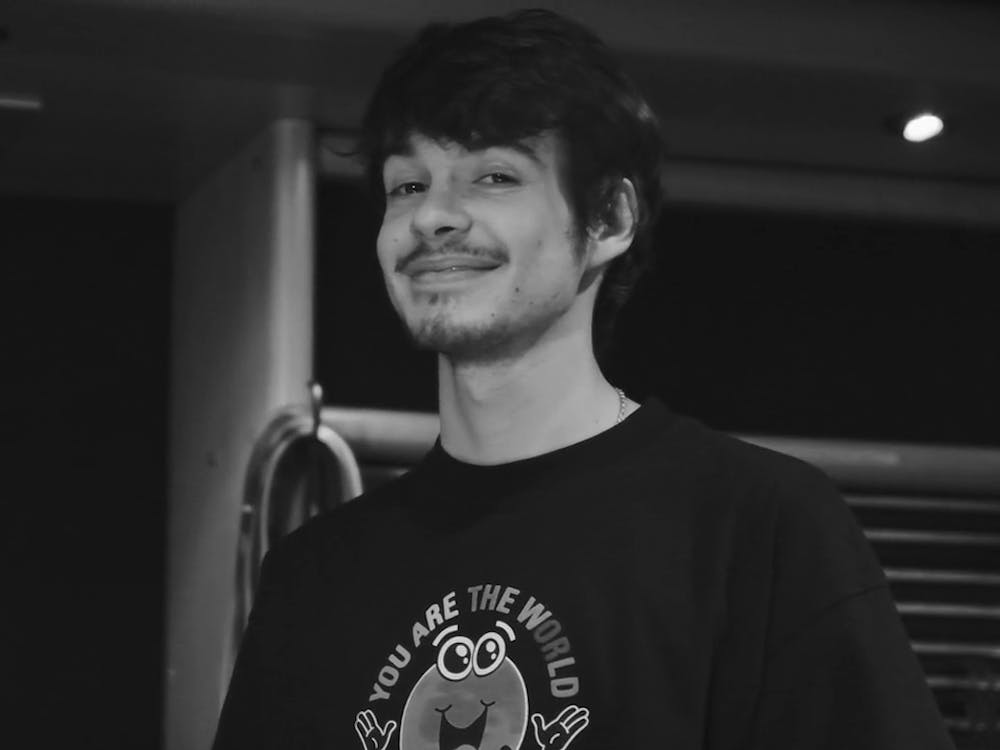