The Miami University men’s basketball team wasn’t sure it would qualify for the Mid-American Conference (MAC) Tournament until last Friday.

Going into Friday’s Senior Night matchup against the Eastern Michigan Eagles, the RedHawks needed a win to feel safe about their chances. Though losses by Bowling Green and Central Michigan would’ve been enough to keep their chances alive, Miami didn’t want to play with fate.

The RedHawks jumped on the Eagles from the opening tip. Leading by one point early in the first half, Miami scored 21 unanswered points to jump ahead 33-11. The team led by 17 at the half and never relinquished the lead, winning 76-63.

It was a reversal from the team’s previous matchup against Eastern Michigan. The Eagles got hot early in that contest, building a 27-point halftime lead before winning 85-75.

Earlier in the week, the RedHawks beat another opponent in a rematch of a loss. After dropping a disappointing home contest against the Central Michigan Chippewas on Feb. 24, the team beat CMU on their home floor, 75-61.

“I thought it was a good week,” Miami head coach Jack Owens said. “We had two wins, one on the road, and obviously winning on Senior Night was huge for us.”

Owens and his squad are hoping that the second time's the charm this Thursday against the Kent State Golden Flashes. The two seeded Flashes beat Miami in Millett Hall Feb. 1 in a contest that wasn’t particularly close.

The win was the third in a row at the time for Kent State, who has not lost a game since Jan. 21. The team’s winning streak sits at 12 games, including wins against top seed Toledo. The Golden Flashes have beaten every team that qualified for the MAC Tournament during the streak.

If the RedHawks win Thursday evening, the team will play in the semifinals Friday night against the winner of Ohio and Ball State, who will square off immediately following Miami’s matchup.

Win that game, and Miami will advance to the conference championship game with a chance to win and earn an automatic NCAA Tournament berth.

Though it’s a longshot, the MAC Tournament at least gives a chance for teams to play in March Madness, something Owens and co. will try to take advantage.

After an up-and-down season with injuries and inconsistency, Owens likes the way his team is playing leading up to Thursday’s matchup.

“We’re playing the right way. I like the way we’re moving the basketball on the offensive end,” Owens said. “But our defense has been solid… that’s where were hanging our hat on.”

To pick up the upset, the RedHawks will need strong performances from guards Dae Dae Grant and Mekhi Lairy, as well as senior forward Dalonte Brown. The trio combines for 42.8 points per game have made 166 of Miami’s 287 3-pointers this season. Brown’s absence with an ankle injury was a big reason for Miami’s loss to the Flashes in the regular season.

Grant, who was an All-MAC Honorable Mention selection, has combined with Lairy to account for more than half of their team’s assists on the year.

Lairy and Brown were honored on Senior Night last Friday. Though Brown cherished the night — and the big shot he hit towards the end of the game — he made it clear that he wasn’t done making new moments wearing red and white.

“We’re not done yet,” Brown said. “We gotta make something happen in Cleveland.”

Kent State is led by redshirt junior guard Sincere Carry. Carry, who was named the Mid-American Conference Player of the Year Wednesday, averages just under 19 points and five assists per game while making over 36% of his 3-point attempts.

Redshirt junior guard Malique Jacobs was All-MAC honorable selection for the Flashes. Both Jacobs and Carry were on the All-MAC Defensive Team.

“It starts with their point guard,” Owens said. “Carry is an excellent player, but Jacobs is a good player too and they have great bigs.”

One of those bigs, Justyn Hamilton, was named the MAC Sixth Man of the Year. The 6’11” redshirt senior scores more than eight points and six rebounds per game, and leads the Golden Flashes in total blocks with 39 on the season.

To spring an upset, the RedHawks have to contain Kent State’s guards while holding their own against Hamilton on the interior. 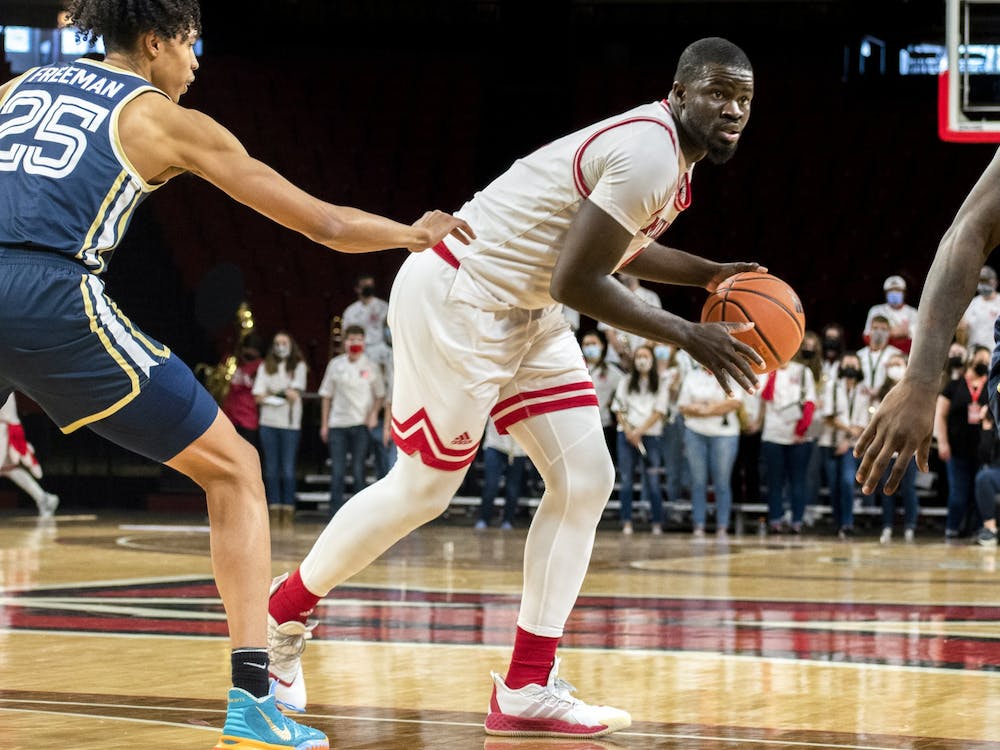 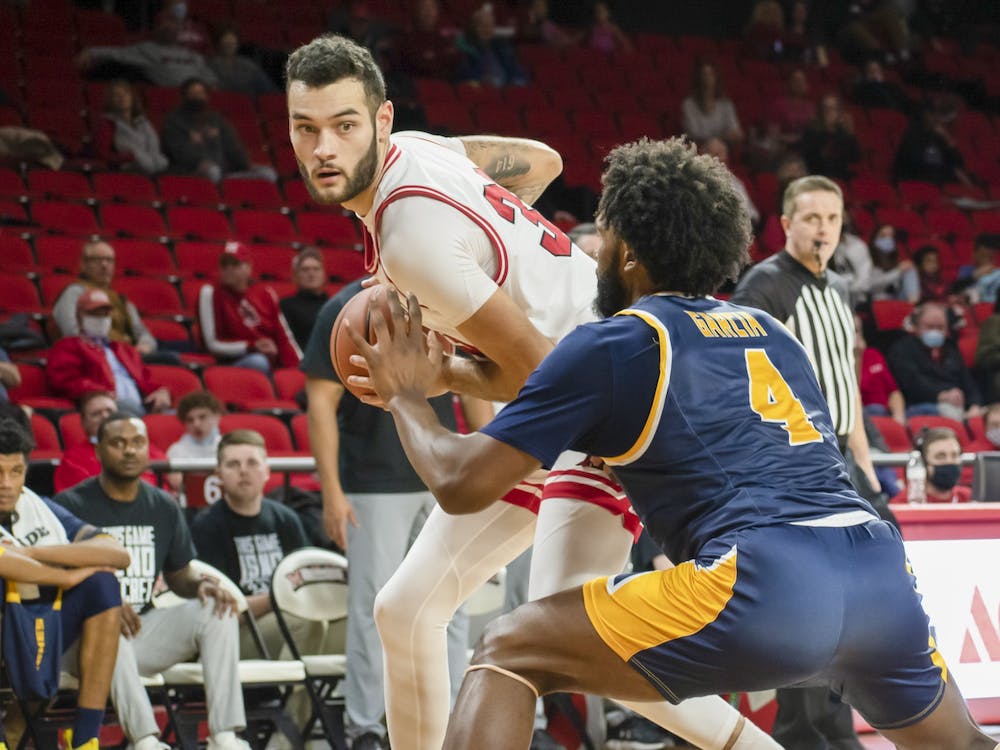