The Oxford Police Department (OPD) was called to the school in response to the incident and opened an investigation. OPD Lieutenant Lara Fening said the investigation is still open, so she was unable to comment on its progress.

Dustin Lema, the girl’s father, said he feels that the OPD investigation is being handled poorly.

“It’s almost as if they don’t take the complaint seriously,” Lema said. “They’re saying ‘Yes, we believe you,’ but at the same time, they’re not willing to go out and do what needs to be done to stop it.”

Lema said although his family has received a lot of support from the community, the process has weighed heavily on his daughter, and she has repeatedly asked to stay home from school due to stress and bullying.

“[The bullies] are not doing it in the sense of actually supporting [the accused teacher],” Lema said. “They’re doing it just to get under her skin, and I don't think they realize the severity of what’s going on.”

Despite his frustration with the investigation, Lema appreciates the efforts of the TMS administration.

“Principal Mike Malone has been very supportive,” Lema said. “He’s gone out of his way during the school day to go and check on her.”

Holli Morrish, director of communications and public engagement for Talawanda School District, wrote a statement on Dec. 7 informing the community of the ongoing investigation.

“The district takes all allegations seriously,” the statement read. “The safety and well-being of students remains the highest priority of the Talawanda School District.”

Morrish said she and the Talawanda administration are not permitted to comment on open investigations.

Lema said the most important thing that he wants from the school board is to switch the teacher’s leave from paid to unpaid.

“Since [my daughter] has come out, there have been several other girls to file complaints as well,” Lema said. “With the numbers that there are now, it’s just ridiculous that they can justify him being on paid leave.”

While The Miami Student was unable to find additional police reports against the TMS employee, other members of the Talawanda community spoke out about their similar experiences.

According to Morrish, there is no time limit for how long a teacher may be placed on paid administrative leave, meaning the teacher could potentially remain on it even if the investigation continues for months or years.

Lema also feels that the school district should be responsible for providing counseling services for the girls that have come forward, especially those who cannot afford to pay out of pocket.

“Some of these girls have gone years without speaking with anyone about what had happened,” Lema said. “We’re starting to see firsthand the effect that it has had on them.”

Lema spoke at the Board of Education meeting Monday night to share his grievances and request that the school board comply with his demands.

“Instead of the teacher/coach being punished, the victims were made to feel like they were the ones being punished for telling on him,” Lema said at the meeting. “My question to you is why? Why was this covered up?”

Lema said he will continue to advocate for the victims until all those involved are held accountable.

“These girls deserve justice, and justice is what they will get.”

Reports of bullying/harassment at Talawanda School District can be made here. Harassment, bullying, and assault of any kind should be reported to a teacher, counselor, or administrator.

Sexual assault survivors who wish to report an incident can contact the Oxford Police Department at 513-523-4321, the Coordinator of Sexual Assault Prevention and Response Program at 513-529-1870 and any athletic coaches, academic or student organization advisor. 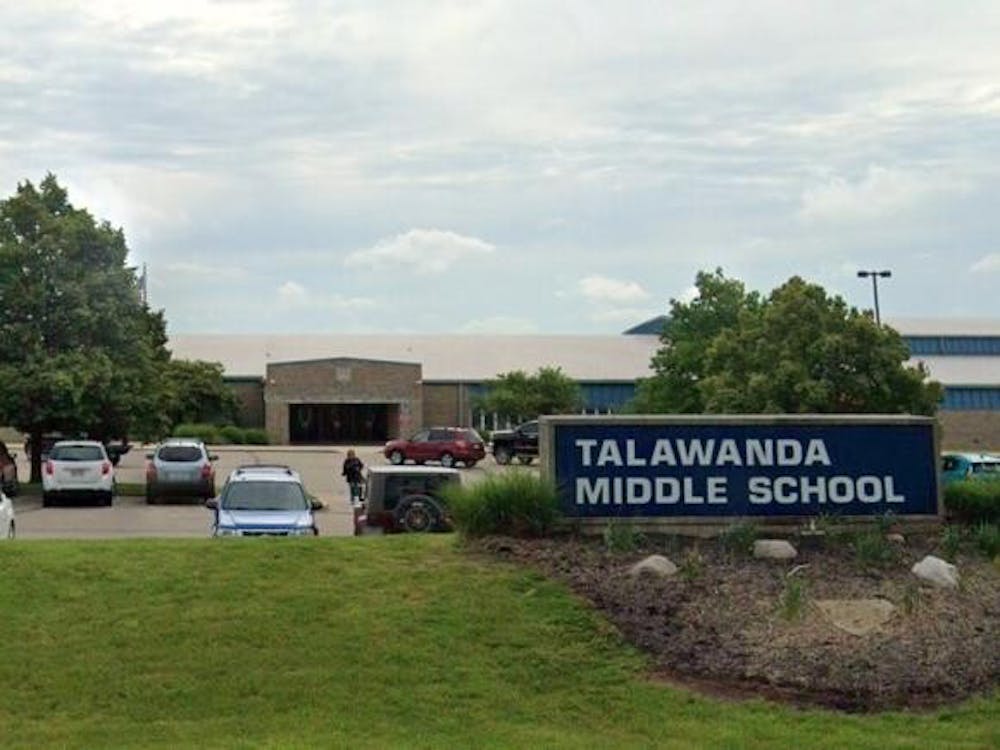