Baldwin is a citizen of the Miami Tribe and an adjunct assistant professor of educational teaching at Miami University.

The Miami Tribe of Oklahoma and Miami worked together to create the Myaamia Center, which is dedicated to research-based language and cultural revitalization projects. The result of these efforts is the first generation in almost 100 years that is learning to speak the Myaamia language.

The Myaamia Center has received several grants from the National Endowment for the Humanities (NEH) in the past, which have helped the center launch projects it would not have been able to do otherwise.

Kara Strass, director of Miami Tribe relations at the Myaamia Center, said Baldwin’s acceptance of his nomination is not only a reflection of gratitude for the support given by the NEH, but also an opportunity to influence the allocation of future funds.

“What this will provide is a new perspective on their council,” Strass said. “Somebody who is used to working in Indian country, who understands the developmental needs that communities have.”

Strass said much of Baldwin’s expertise in working with Native American communities comes from the National Breath of Life Program, where he serves as co-director.

“That is where we have been sharing our language and cultural revitalization process with other tribal nations,” Strass said. “We have lots of connections across the country … [Baldwin] has a pretty good sense of what’s going on and what’s needed around the country.”

The work done by the Myaamia Center is different from what is typically thought of as humanities work, but Strass explained that at its core, it’s working toward exactly what the name implies – what makes us human.

“We are exploring a better understanding of Myaamia history, language, culture and exploring with our community what that means for us,” Strass said. “I think what makes us unique in this realm of the humanities is that we’re focusing on many different aspects instead of one at a time.”

Strass said that although Baldwin will still work at the Myaamia Center full time, the Center has coordinated plans to fill the gaps when Baldwin is fulfilling his role on the NCH.

“He and the leadership team here have been very intentional about making sure that we’ve done the development of the rest of the staff to ensure that we are able to handle all of our ongoing work,” Strass said.

Baldwin was the inaugural director of the Myaamia Center in 2001 and has been influential in its substantial growth over the past two decades.

“Daryl has been the driving force behind the creation of the Myaamia Center and of many of the projects that we have ongoing here,” Strass said. “We owe to him the creation of a center that was so meaningful to both the Miami Tribe of Oklahoma and the Miami University community that both sides want to continue to support it.”

Strass said the center was initially focused on language revitalization, but has since shifted its aim towards a fusion of language and culture.

The relationship between the Miami Tribe and Miami will turn 50 next year. The collaboration between the two Miamis has produced a wide array of benefits.

“It means that the Miami Tribe has the support and resources that it needs to do language and cultural revitalization, and it gets to drive that work and decide what it looks like,” Strass said.

The relationship not only benefits the Miami Tribe, but also the university, as students and faculty get to learn about contemporary tribal nations in a more up-close way than most institutions have access to.

“Both sides are supporting each other and getting more out of this relationship than either could independently,” Strass said. “As we continue to do our work, we’ll see an even larger impact.”

Miami President Greg Crawford wrote in an email to The Miami Student that the university is honored to have had Baldwin’s guidance and innovation over the years.

“His work with the Myaamia Center has brought greater understanding and respect to the Miami Tribe’s history and culture and has helped to strengthen the partnership between the Tribe and the University,” Crawford wrote. “Daryl’s appointment is a well-deserved honor, and we are certain that his insight on the council will have a lasting impact on a changing world." 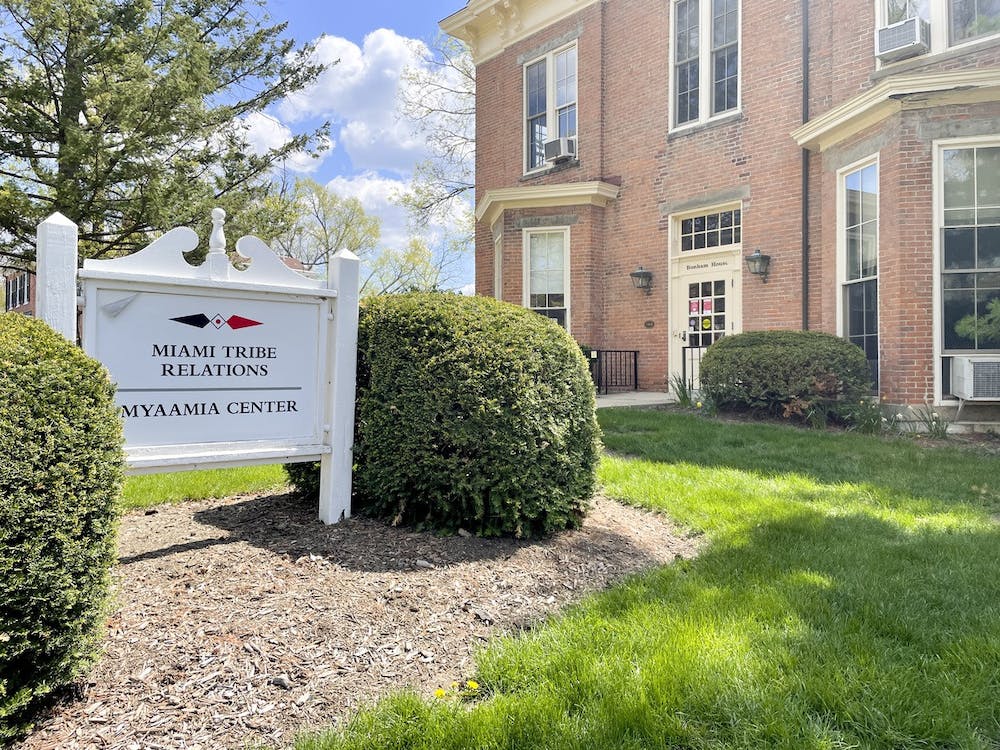