I vaguely knew what the movie was about: A woman dreams of murders, but the murders are real. Boom, horror movie.

I wasn’t sold on the concept, but I was sold on Wan. He directed “The Conjuring” and “The Conjuring 2,” two of my favorite horror movies, and launched the “Saw” franchise. He knows how to make critical and commercial successes, so I had faith in him.

“Malignant” is a film with no subtlety. Protagonist Madison, played by Annabelle Wallis, is pregnant and in a relationship with boyfriend Derek, played by Jake Abel.

In case it isn’t clear that Derek is abusive when he blames Madison for her previous miscarriages and views her as a vessel for his children, he shoves her into a wall after five minutes on screen.

When psychologist Dr. Weaveris introduced, her home office overflows with books about the brain and patient files and trophies in psychology.

I didn’t know psychology was a trophy-giving field, but anything goes in exposition, I guess.

Once the plot gets going, the movie feels like a cross between “American Horror Story” and “Bones,” complete with the side plot of a forensic investigator with a crush on FBI agent Kekoa Shaw, who is — shocker — unaware of her affection.

Toward the end, the film nosedives into “Harry Potter” territory in the most genuinely unexpected plot twist I’ve ever watched.

When the final twist was revealed, my jaw fully dropped. I paused the movie for a whole minute to compose myself, not out of fear, but because I needed to control my laughter.

Shocking plot twists aside, I flipped back and forth between confusion and laughter for the rest of the film.

At one point, a nameless character is introduced while giving tours of underground Seattle. Despite being played by actress Jean Louisa Kelly, I just assumed this new character was Madison at her day job and spent the next half hour thoroughly confused by how she kept teleporting.

That one’s on me.

Multiple times throughout the movie, the character who was supposed to pose the biggest threat showed up. I could take them seriously for a minute or two, but then they would start moving and I had to laugh again.

Why were their arms backwards? Is there not a more efficient way to murder people? Is there really no faster way to run?

Thankfully, these questions are answered by the end of the film, but that doesn’t negate how they took me out of the movie.

Worse than amusing character design, though, “Malignant” had no point.

Wan tries to take a stab at how mental health impacts individuals and their loved ones before eventually landing on a weak message about chosen versus blood relatives. The first may have been a cliche in horror from “The Shining” to “Midsommar,” but at least it made sense in the context of the story Wan was telling.

The second theme makes sense, too, but only after clunky lines about how Madison wants a child so she knows what it feels like to have biological relatives. I’m still at a loss for how the horror tropes of the film served that message.

When “The Conjuring” was released in 2013, it led to one of the most consistently successful cinematic universes outside of Marvel, at least at the box office if not with critics. Wan was a big part of that, and I’m grateful.

If I get stuck in the “Malignant” universe for the next decade, though, it won’t be a positive experience. Like the name suggests, this movie was a tumor that’s best removed and forgotten. 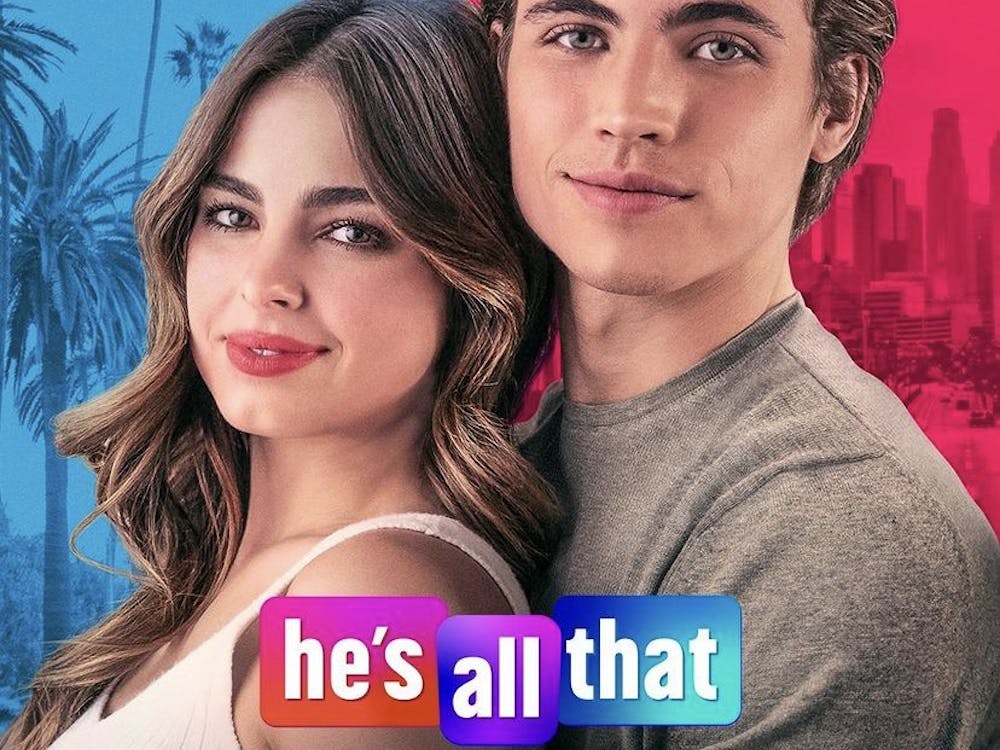 “He’s All That” stars TikTok influencer Addison Rae. Her character, Padgett Sawyer, is a TikTok influencer herself who finds her boyfriend cheating on her with one of his pop-star backup dancers. The event is live streamed, and Padgett is informed by her boss, played by Kourtney Kardashian, that she has lost her sponsorship deal as an influencer because of the scandal.