Miami University’s Student Counseling Services (SCS) have undergone a number of changes to accommodate the rapid effects of COVID-19 on its patients and office since March 2020.

While students used to sign up for in-person appointments, the pandemic forced the office to shift to virtual meetings.

“Historically, if you think about the way any sort of counselling sessions had been done, it had always been primarily face-to-face, and there were very few folks that did it in a virtual format,” Ward said. “Our office, along with countless other mental health agencies across the country … had to do a complete shift of how we had done things for hundreds of years and learn how to do it in a different way.”

To prepare for this change in practice, the staff had to be retrained. The technology required updates in order to accommodate for the telehealth format.

“Most [staff] took to it rather quickly,” Ward said. “I would say those that probably struggled a little more were those that don’t consider themselves to be rather tech savvy. I think that’s a natural thing to happen. But overall people went in with a really willing attitude, ‘Alright we gotta make this change, we’ve got to do this differently now.’ It was like all hands on deck to make the shift.”

“I thought that folks were going to struggle with the technology, or the virtual format,” Ward said. “It was like it came second nature to so many people that we’ve worked with. So that was just pleasing to know that it wasn’t too difficult or hard on the student end.”

There wasn’t a noticeable change in the quality of counseling from the student side. For one second-year student, who wished to remain anonymous, the biggest difference was a gap in communication before appointments got started.

“When we first went into lockdown, there was a period where nothing happened which was a bit weird,” she said. “I think it was two or three weeks because I know that they were trying to get everything ready.”

Once everything was arranged, she received a message that the service was up and running again.

One new aspect of virtual appointments was the handling of appointments through her counselors rather than the front desk.

However, the student found that the quality of her appointments meant she could go for longer without visiting again. This allowed for other students who needed appointments more urgently to get them while the office was still working on getting back on their normal pacing.

“I think after the first month, maybe two, they kind of figured things out and maybe got some students who needed more urgent sessions in and got a better schedule,” she said.

While Ward said many students did adjust well to virtual appointments, some still felt more comfortable with someone seeing them face-to-face and reading nonverbal cues. He noted that the loss of physical cues in virtual appointments was one of the biggest factors in adjusting his approach to counseling.

“There are things that intuitively we’d know before the session would start with someone when it was face-to-face,” Ward said, “because maybe they’re already tearing up in the waiting room, teary-eyed, and as they’re walking down the hallway, we’d catch that before the session even started. Maybe the gait with which they walk, something is off about that.

He also said some students also struggled with finding a safe, private space for virtual sessions.

“Say [students] were at home with everyone else in the house and the walls were thin, and they didn’t necessarily want their parents to overhear their session,” Ward said. “Students had to get creative in terms of where they would go to have their sessions.”

This year, SCS will begin to re-integrate in-person appointments. Ward said the office will start the semester splitting their time between virtual and face-to-face counseling.

To best accommodate the needs of students, Ward believes that maintaining an overall balance is necessary.

“We will continually try to work on that ratio as we go throughout the course of the semester,” Ward said. 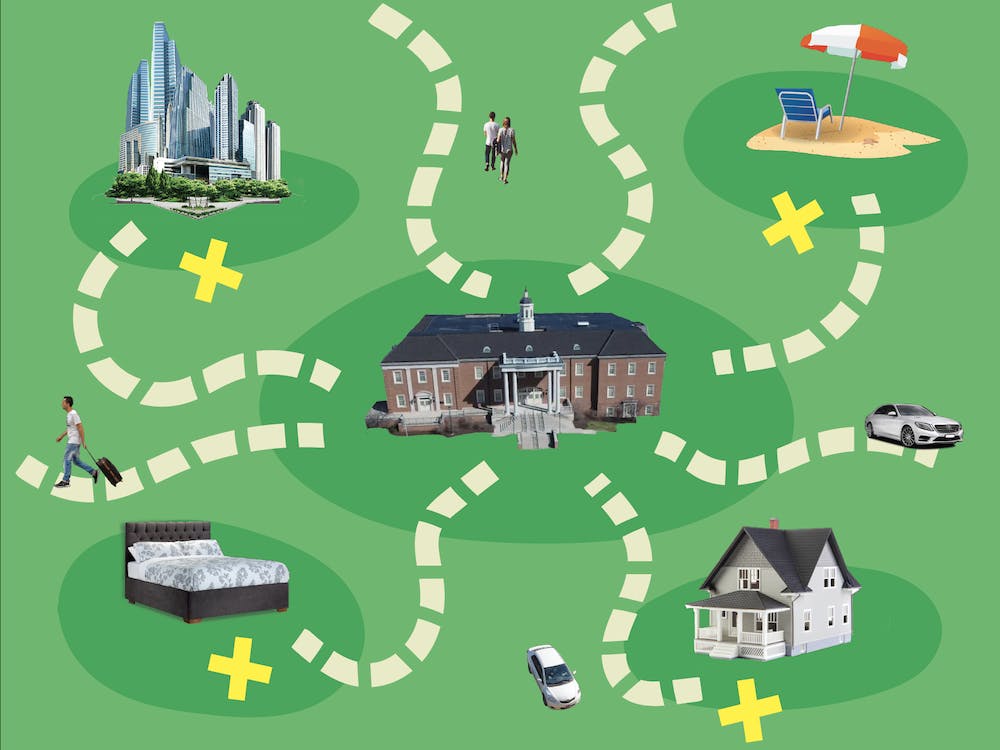