In 1928, former U.S. Secretary of Commerce Herbert Hoover was the Republican nominee for president. While on the campaign trail, he gave a speech that captured the American psyche very well, and he would eventually go on to win the presidency.

“When [World War I] closed … we were challenged with a choice,” Hoover said, “between the American system of rugged individualism and a European philosophy of diametrically opposed doctrines ­of paternalism and state socialism.”

Hoover’s notion of “rugged individualism,” meaning people should be able to provide for themselves without support from the government, did not hold up well when the Great Depression hit less than a year after he took office.

Hoover lost his bid for re-election, and in 1933, Franklin Delano Roosevelt took over the presidency and implemented the most comprehensive set of relief programs to date: the New Deal.

Roosevelt is now regarded as one of the greatest presidents of all time, while Hoover is remembered as well below average.

This may seem like an odd nugget of history to lead a column with, but it’s actually pretty relevant if you think about the past year.

We’ve suffered a brutal economic downturn due to a deadly virus. When COVID first hit, people were losing their jobs left and right. More than 570,000 Americans have died.

More than ever, we’ve needed our government to help us through this. But for the most part, that hasn’t been the case.

We needed a New Deal, but we got rugged individualism.

Donald Trump’s response to the pandemic was abysmal. He continually refused to acknowledge its severity, often went out in public without a mask (and ridiculed those who did wear masks) and always expressed more concern about reopening the economy than keeping citizens safe.

People who were in dire straits due to losing their jobs were handed a few lousy checks while the military budget remained at more than $700 billion.

About 10% of the U.S. population does not have health insurance, and many still bristle at the thought of universal healthcare – even in the midst of a global pandemic.

The U.S. is hoarding a massive chunk of the world’s vaccine supply and refusing to share with poorer countries as citizens of those countries continue to get sick and die.

The government’s response to the virus has been depressingly bad, for sure.

But the only thing more quintessentially American than the government’s response? The way its lackadaisical approach has trickled down to the general public.

And forgive me for making assumptions, but I’m willing to bet good money that those people aren’t foregoing a mask because they’re fully vaccinated.

I unfortunately have a Facebook account, which means I get to see members of my own family claim vaccines contain microchips and the virus isn’t deadly (still! After all this time and all those deaths!)

Throughout this entire academic year, I’ve driven past countless massive parties Uptown – of course, with no police presence in sight.

COVID has taught me a number of things about the people around me, but the most important one is that a lot of them are assholes with no regard for the lives of others.

That may sound a little harsh, but refusing to do the absolute bare minimum to protect those around you is plain malicious.

I don’t necessarily blame individuals for their warped mentality, though. I blame the toxic individualism that has characterized this nation since its founding.

As Hoover alluded to in his speech, most European countries are far more collectivist by nature than the U.S., as evidenced by their universal healthcare, widespread public transportation and other elements that exist for the public good.

To Americans, though, these public goods constitute socialism and must be avoided like the plague.

When you point out to the average American that every single European nation has fared better than us in the pandemic, they’ll come up with every excuse for why that might be to avoid admitting that, in some cases, socialism works.

I don’t know what it’ll take for Americans to grasp that caring for others benefits everyone, especially since a whole ass pandemic didn’t do the trick.

But, I really hope it happens soon, because we’re falling behind and rapidly becoming the laughing stock of the developed world.

Americans: let go of the rugged individualism. It didn’t work 100 years ago, and it sure isn’t working now. 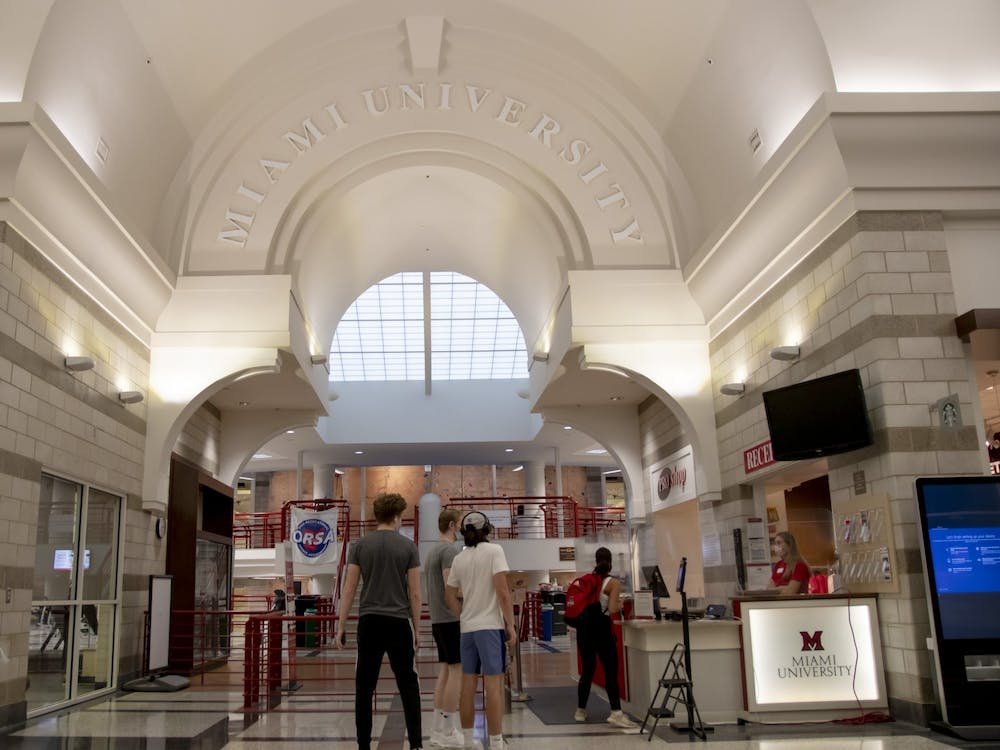 The Miami University Recreational Sports Center (rec center) and its fitness centers have remained open the entire 2020-2021 school year, but the CDC recently announced some COVID-19 outbreaks can be traced back to public gyms.