All three games were a perfect microcosm of how the RedHawks have played this season.

The team’s first matchup on Tuesday was against the Central Michigan Chippewas, who came into the game with a 6-12 record. The Chippewas hadn’t played in 17 days due to COVID-19 health and safety protocols.

The ’Hawks were on fire from 3-point range, ending the game with 18 made 3-pointers, the most in a single game in school history.

The next game, however, Grant was held scoreless against the 4-13 Western Michigan Broncos. The RedHawks trailed by five with less than 12 minutes to go before junior guard Mekhi Lairy and senior forward Dalonte Brown dug the team out of the hole to win, 74-66.

The team’s last game of the week was at home against the Kent State Golden Flashes, who came into the game third in the Mid-American Conference (MAC) standings. Miami was in it for most of the game, but Kent State pulled away at the end to win, 64-51.

Brown, the star of the last game, was in perpetual foul trouble the whole game and played just 20 minutes. Lairy and Grant, the team’s starting backcourt, scored just 10 points combined.

This Tuesday, the RedHawks travel to Bowling Green to play the Falcons. Bowling Green is currently on a four-game winning streak, with wins over Toledo and Akron, the top two teams in the MAC. The Falcons sit at sixth in the conference standings with a 10-7 conference record.

Here’s where things get interesting: If Miami wins its last two games against Bowling Green and Akron, and the Falcons lose to Ohio this Friday, the RedHawks will overtake them in the standings to get the sixth seed in next week’s MAC tournament.

If Miami loses, they will be locked into the seventh seed and will likely have to play the Zips twice in six days.

For the RedHawks, Brown, Grant and Lairy have been the team’s three best players the whole season. Still, it seems as if the trio is incapable of producing at a high level together in the same game, which has been their downfall against the top teams in the conference. Against Bowling Green and Akron this week, all three players need to be firing on all cylinders at the same time.

The Falcons are led by senior guard Justin Turner, who is averaging more than 20 points per game this season. Turner has been named First-Team All-MAC two years in a row and will likely be on the All-MAC team for a third time this season. 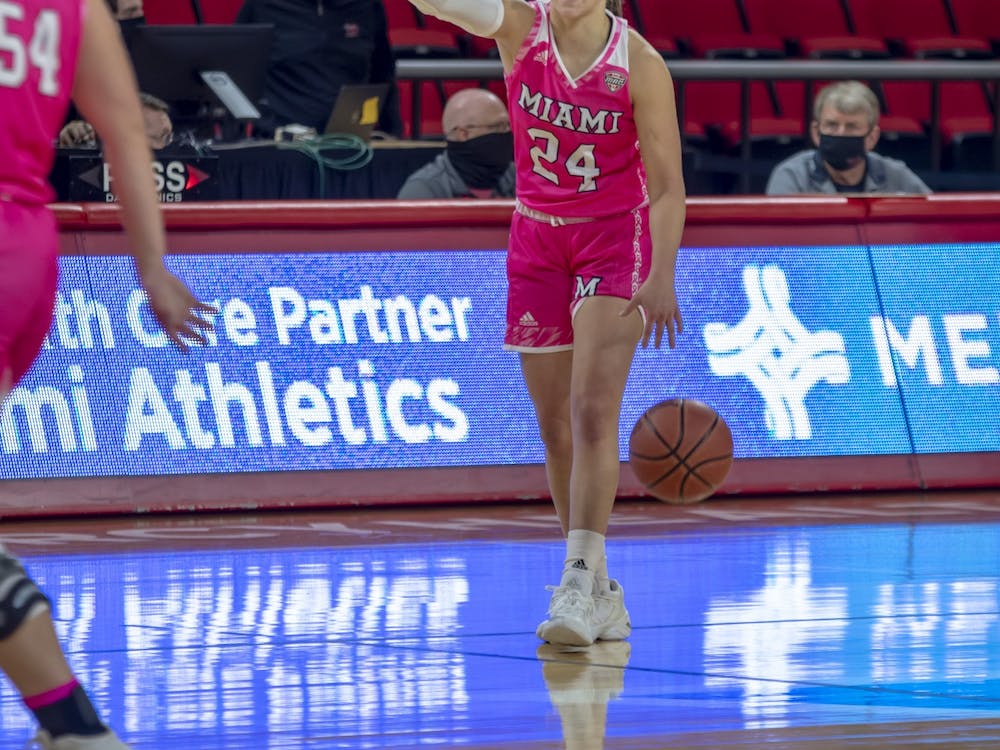