Miami University’s Ox-Wee club continues to be the only outside organization to sponsor a school in Uganda, and because of the pandemic, their support is more critical than ever.

Founded in 2010 under the name OxFam America at Miami, Ox-Wee was an initiative launched by a Miami student after she visited Uganda on a study-abroad trip. On that trip, she met David Komakech, a teacher who was serving as the principal of a one-room schoolhouse he had constructed in the Amuru region in northern Uganda.

With the support of Ox-Wee, the Otwee School of Hope that once housed about 15 students in nice weather has expanded to support over 1000 students. Although the students are asked to pay a $3 tuition for every four months of enrollment, many cannot pay. As a result, much of Otwee’s continuous support comes directly from Oxford.

As the school continues to expand, Ox-Wee is trying to diversify the sources of funding that the School of Hope can rely on.

“Our big goal is to help Otwee find funding other than our club because the school is growing so rapidly,” co-president Haley Griffin said. “We're hoping to be able to continue to support them, but we're trying to reach out to nonprofits to get additional support, whether that's funding or also advice about the best ways to support them and empower the students there.”

Recently, Griffin was working with an organization in the Washington, D.C. area that expressed interest in helping to sponsor Otwee. Although that organization is waiting on its non-profit status, one of the employees secured a private donation in the interim.

The donation supplemented the funds already raised by Ox-Wee, who typically sponsor several fundraisers a year.

“In a normal year, we usually will do in-person fundraisers,” Griffin said. “One of the ones that we've done for several years is cup sales at The Woods where we partner with them, and then we sell these cups, and then [participants] get a discount on beverages inside when they buy the cups from us.”

This year, Ox-Wee also sponsored fundraisers at Chipotle and Rapid Fired Pizza. In addition, they participated in some newer fundraising methods as a way to replace some events that haven’t been possible during the pandemic.

“There hasn't been much precedent before COVID – I think they held bake sales, but I think a lot of it was private donations,” Blackwell said. “Since we’ve taken over, we've held the Threads of Hope fundraiser, which is this organization that helps women in the Philippines. The women there create these handmade bracelets, and they send them to us for free. And then we sell them and then send back half of the profits, and we keep the other half.”

The support of Ox-Wee proved especially critical during the pandemic when even fewer families were able to afford tuition. Komakech lacked the funds for necessary PPE, and Ox-Wee was able to provide monetary assistance.

“With the money that we sent he was able to pass an inspection by the government, but he did not have enough money from the community at that time, especially because so many of them were hit so hard by the pandemic,” Griffin said. “So, the school would not have been able to open without our support.”

The approximately 20 active members of Ox-Wee aim to make four contributions to Otwee a year. This year, they have already donated approximately $1,500 USD to the school. Blackwell and Griffin encouraged any interested students to join via the Hub or email them for more information. 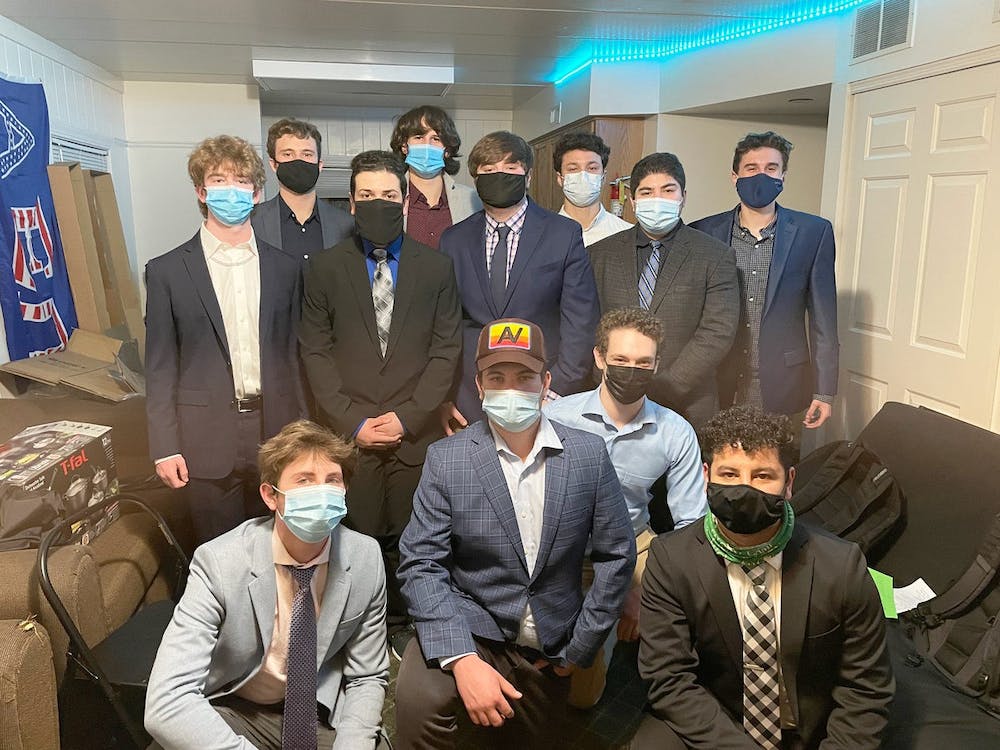 Miami University’s spring recruitment for fraternities and sororities garnered a similar number of students joining Greek Life compared to previous years before the COVID-19 pandemic.  “Our numbers were relatively the same,” said Kimberly Vance, director of the Cliff Alexander Office of Fraternity and Sorority Life. “We had a slight dip in the men from 2020 to 2021, as far as accepted bids. But they still had more accepted bids than they did in 2019 … For the women, it was pretty similar.”