“Minari,” the semi-autobiographical film from Korean American writer/director Lee Isaac Chung, follows the Korean American Yi family after they move from Los Angeles to a plot of land in rural Arkansas. It is made clear early on that the move was the family patriarch Jacob’s (played by Steven Yeun) idea. He dreams of starting his own farm, where he plans to grow Korean vegetables to sell to the increasing number of Korean immigrants coming to the United States.

His wife, Monica (played by Han Ye-ri), is frustrated with their family’s relocation and doubtful of her husband’s plans, while their two children David (Alan Kim) and Anne (Noel Cho) spend their days going to church and exploring the Ozark wilderness.

After Monica’s mother, Soonja (played by the incredible Youn Yuh-Jung) moves from Korea to live with them, tensions continue to rise between the parents as well as between David and Soonja. But as things seem to fall apart for the Yi family, they ultimately arrive at a deeper understanding of each other.

On Monday, “Minari” was nominated for a total of six Academy Awards, including Best Picture, Best Original Score and Best Screenplay. Youn was nominated for Best Actress, and Chung for Best Director. Yeun is in the running for Best Actor, the first Asian American to ever be nominated in that category. All this awards buzz is being touted as a landmark for Asian representation in Hollywood.

I am Korean American, so when I saw the trailer for “Minari” in September of last year, the film piqued my interest. Learning that the movie would be mostly in Korean, and that much of the cast and crew were Korean/Korean American raised my hopes farther. But I wasn’t prepared for how “Minari” completely exceeded my expectations, shattering my notions of what a movie about Asian immigrants in rural America could be.

I related to the film the most through David and his grandmother’s interactions, where Chung precisely examines the incongruencies that many Asian-American kids feel within their own families. David is the only member in the family who was born in the U.S., and we see the dissonance of growing up in an immigrant household within a rural American community already taking root in David’s 7-year-old subconscious. The snide remarks he makes about how his grandma “smells like Korea,” or isn’t “a real grandma” because she can’t bake cookies show us where he learned how to be “American” from.

For me, moments like these stung in an unexpected way. I never met my Korean grandparents, but I remembered my own childhood confusions with the Korean half of my family. It brought me back to how, as a young child, I once asked my Korean mother why her eyes were so small, or how I would hold my nose when she ate kimchi at dinner.

“Minari” so meticulously unearthed these uncomfortable memories from my youth because, in David, I didn't just see a child who looked like me – I saw my childhood. I saw it in a way I never had before on screen, in full color through such subtle, intimate details.

As an Asian American, I’ve grown used to having to adjust my own perspective to relate to movie characters. The fact that I’m Asian while my cinematic idols are usually not is a constant silent caveat. When we do see Asian characters, they’re too often either whitewashed (sometimes to the point of being cast as Emma Stone) or are exoticized vessels for the white gaze to consume essentialized versions of Asian cultures through.

This is why “Minari” felt so refreshing. It was a rare chance to see my heritage as part of a film’s accepted cinematic universe, rather than as expository knowledge that needs to be spoon-fed to a white audience in order for them to understand the plot. Chung spoke on this during an interview with J.J. Abrams.

“As an Asian American, I feel like often we’re so closed in by this idea that we have to explain ourselves to a white audience,” the writer/director said. “Or that with immigrants, you almost have to justify why they are there, why we are seeing them.”

“Minari” doesn’t bother with explaining itself to white people, nor does it use pain to justify why the Yi family gets to exist. It doesn’t center the family’s status as outsiders, and racial trauma is never sensationalized to make white viewers feel sorry for the Yi family.

It seems like this fact resonated with much of the movie’s cast as well. In an interview with the Middleburg Film Festival, Yeun explained why the role was so attractive to him.

“There are versions of our stories that are steeped in the search for our identity,” Yeun said. “And those are necessary and beautiful in our own right, but in this instance, I read such a human portrayal of us, and that is what I gravitated towards.”

I agree with Yeun. The film has such a distinctive Korean American identity, but it doesn't need to be pursued or defended. Instead, it just gets to exist, giving the characters ample room to breathe and express themselves. While the Yi’s Korean Americanness is inseparable from who they are as people, it doesn’t define their destiny — their humanity does.

“Minari” helped me realize an important truth about my desire to see more Asian representation in film. After watching the trailer, I’d started to expect to see stereotypes about Asian people get turned on their heads. For example, seeing Steven Yeun as a stoic, sweaty farmer in a trucker hat and a white tank top gave me hope that I would get to see the typical weak Asian male archetype get subverted; headlines like “Steven Yeun, Hot Farmer,” reaffirmed these anticipations.

But after watching the film, I realized that the only thing that can actually dismantle these stereotypes is to give these Asian characters enough depth to actually be seen as real people with whom we can empathize. That sounds really obvious, but I really hadn’t thought much about how merely reacting to stereotypes can only take us so far.

The racist trope of the emasculated, impotent Asian nerd isn’t going to disintegrate upon the creation of some rugged, virile Asian superhero, because both characters are equally shallow. Neither character can exist without the other to give it shape. Therefore, the stereotype persists through both of them.

So, while I was excited when the trailer suggested that Yeun’s character might be the successful Asian male hero who I had been missing all my life, I felt even happier when I turned out to be wrong. Yes, Jacob is determined, but he’s also extremely stubborn. He’s neglectful of his family at times, dangerously balancing their well-being with his own dreams to be a farmer. He struggles with getting his crops to grow, makes poor financial decisions and his marriage is hanging by a thread.

In other words, Jacob is complicated. He isn’t burdened with the task of subverting Hollywood stereotypes because he’s deep enough to exist beyond their grip. He’s something more important than an Asian superhero – an Asian protagonist who is allowed to fail.

This matters more to me than any amount of awards recognition does. Even though the film’s fat stack of Oscars nominations is a milestone for Asians/Asian Americans in American cinema, how and when the industry chooses to recognize us doesn’t mean much to me. Yeun was the first Asian American to be nominated for best actor in the Academy’s 93-year history – why should I pat them on the back for taking so long?

I underestimated “Minari.” My expectations were high, but they were also misguided, only as shallow as the ever-present Hollywood shortcomings that informed them. While I completely expected it to be honest in its portrayals of Asian American characters, I now realize I didn't actually know what that kind of honesty would look like in the first place.

Instead of pandering to the white gaze, “Minari'' reminded me that the years I have spent staring in the mirror held up by cinema, only to see no reflection looking back at me, has internalized that same gaze within myself. I can feel it peering over my shoulder right now, the way it does whenever I write about my own identity as a Korean American, prompting me to question how valid my feelings and experiences really are or whether or not anyone will even care. I suspect Chung probably felt the same way when writing the script for his film.

I know just one movie will not save me from this nagging part of my subconscious. But “Minari” gave me an ounce of freedom to escape that gaze, a rare chance to see myself not through new eyes, but through my own. For that, I can only praise it. 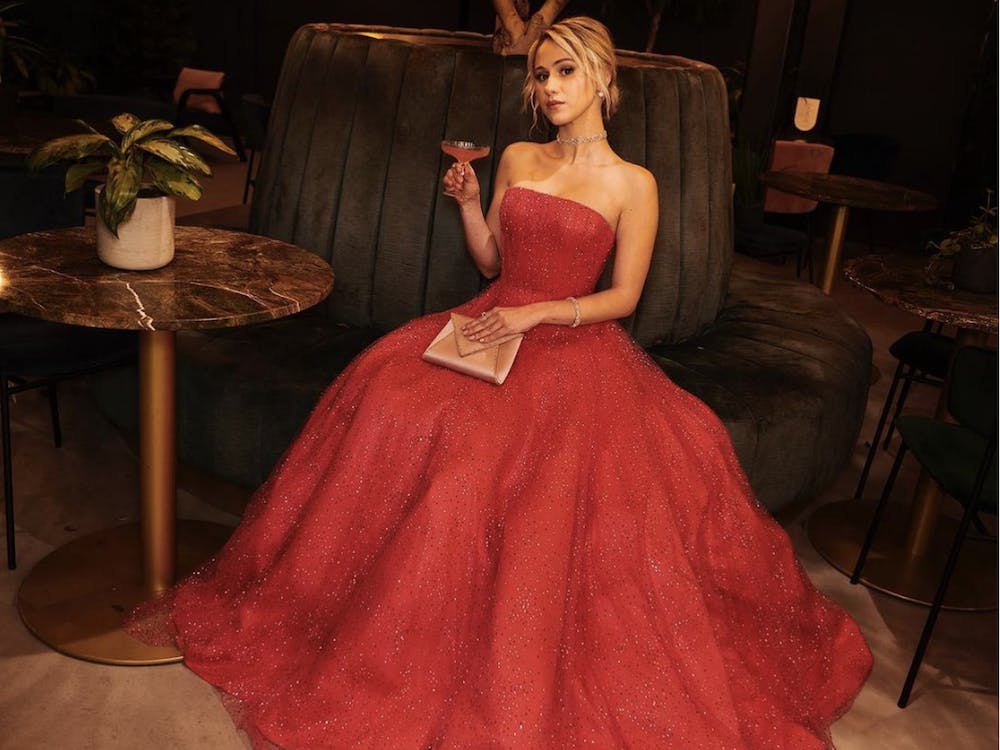