It was all sunshine for the Miami RedHawks, though, as they started their season with a three-game sweep of the Jacksonville Dolphins.

“It’s always good when you can get three wins in a weekend,” head coach Danny Hayden said following the final game of the series. “We try to harp on ‘one at a time,’ and I think our guys executed that really well this weekend, and that’s why we were able to get a sweep.”

The second game on Saturday was an 8-4 win, and the RedHawks finished the series on Sunday with a 5-2 win.

Hayden talked about the team’s ability to keep pushing through.

“I think if we’re not as tough a team, we may let that negative momentum snowball on us,” Hayden said. “But instead, we really stuck with it.”

The RedHawks scored half their runs during the first game of the season from a couple of wild pitches from the Jacksonville starting pitcher.

The first wild pitch came after designated hitter Stephen Krause reached first base through an error by the Dolphins’ third baseman and a walk from first baseman Michael Morissette.

The pitch advanced Krause to third base and Morissette to second base.

After another walk from catcher Nate Stolze loaded the bases, left fielder Cristan Tejada reached first base, Morissette advanced to third base and Krause scored on a fielder’s choice to get Stolze out at second.

Morissette scored on the second wild pitch, as Miami took an early 2-0 lead in the season opener.

In Saturday’s first game, it looked like it would be an easy one-two-three seventh inning for Jacksonville’s defense.

Shortstop Tyler Wardwell grounded out and right fielder Parker Massman flew out, but that did not stop the action from happening.

After center fielder Benji Brokemond singled, Zapp tripled to bring in one more run for the RedHawks.

In the second game, Zapp tripled to start the third inning. Second baseman Will Vogelgesang brought Zapp home with a sac fly.

The ’Hawks make a comeback

In the second game of Saturday’s doubleheader, the Dolphins put four runs on the board through a couple of singles and a double in the third inning and a two-run homer in the fifth inning.

In the eighth and ninth innings, Miami fought back and took the lead. In the eighth inning, Massman singled, left fielder Nate Stone walked and Tejada loaded the bases.

Zapp walked, bringing in one run, and Vogelgesang was hit by a pitch, bringing in another. Catcher Cole Andrews brought in a third run with a groundout, and Zapp scored on a wild pitch.

In the ninth inning, the RedHawks had the bases loaded again after a single, a walk and a hit-by-pitch.

Another hit-by-pitch brought in one run, and Mac Hippenhammer, who substituted for Stone, scored on a fielder’s choice to get Zapp out at second.

Miami brings out the brooms

The RedHawks and the Dolphins played a bit of a cat-and-mouse game on Sunday’s series closer.

Jacksonville put one run on the scoreboard in the first inning, and Miami tied the game in the second inning. Miami took a one-run lead in the fourth inning, and the Dolphins tied it up in the fifth inning.

In the seventh inning, the RedHawks brought in three more runs as Tejada singled, Zapp walked, Vogelgesang hit an RBI double and Andrews and Stone delivered a couple of sac flies.

Miami plays one game at the University of Kentucky on Feb. 23 at 4 p.m., before heading back down to the sunshine state to play against Florida International University.

The three-game series against the Panthers starts Feb. 26 at 7 p.m. 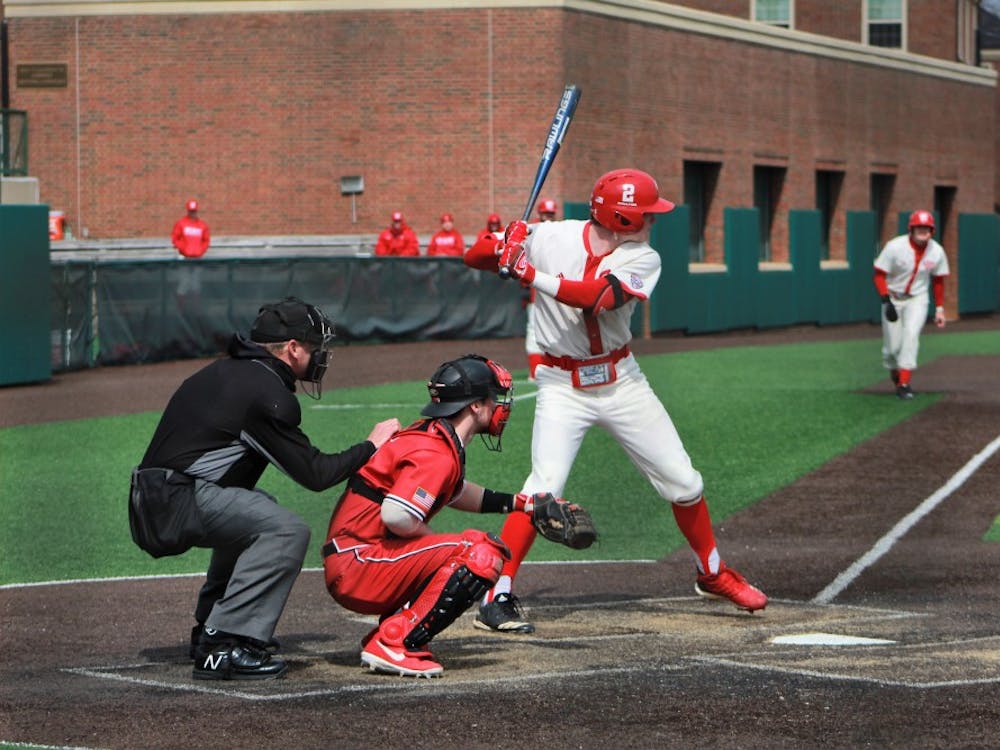 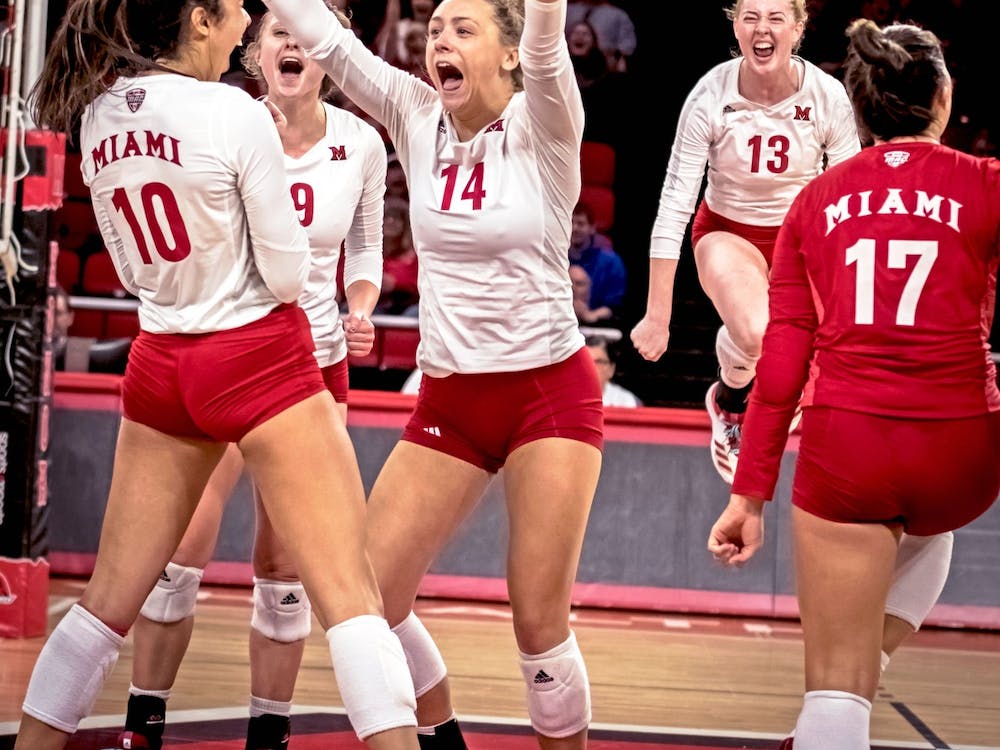 Miami tinkered with its uniforms this year, and I loved them

The novel coronavirus completely knocked the wind out of the sports world, but one of my favorite elements of the games has remained: uniform reveals.